(View User Tanks)
PTrader: (0/0%)
Join Date: Feb 2018
Location: London, Canada
Posts: 79
Opaque and inactive yellow neo, possible illness?
So one of my yellow shrimp is a lot more opaque than the others and very inactive. Rest of the shrimps will graze and swim around and very responsive to food, but this one will barely move. Even when it moves it seems pretty sluggish and the claws(?) moves very slowly.

I've observed it since the 9th when I got it so I don't think it an adjusting process.

I thought the color difference was genetics since rest of my yellow shrimps are two batches that were hatched from my main tank and this shrimp is from a friend of mine. But parents of my shrimps and parents of this new shrimp are from the same colony and the inactiveness makes me wonder if it's a color change from an illness.

I would prefer to keep this shrimp because it's got a nicer color, but is there a suspicion for transmittable illness here?

Here are some photos of the shrimp and other shrimps. 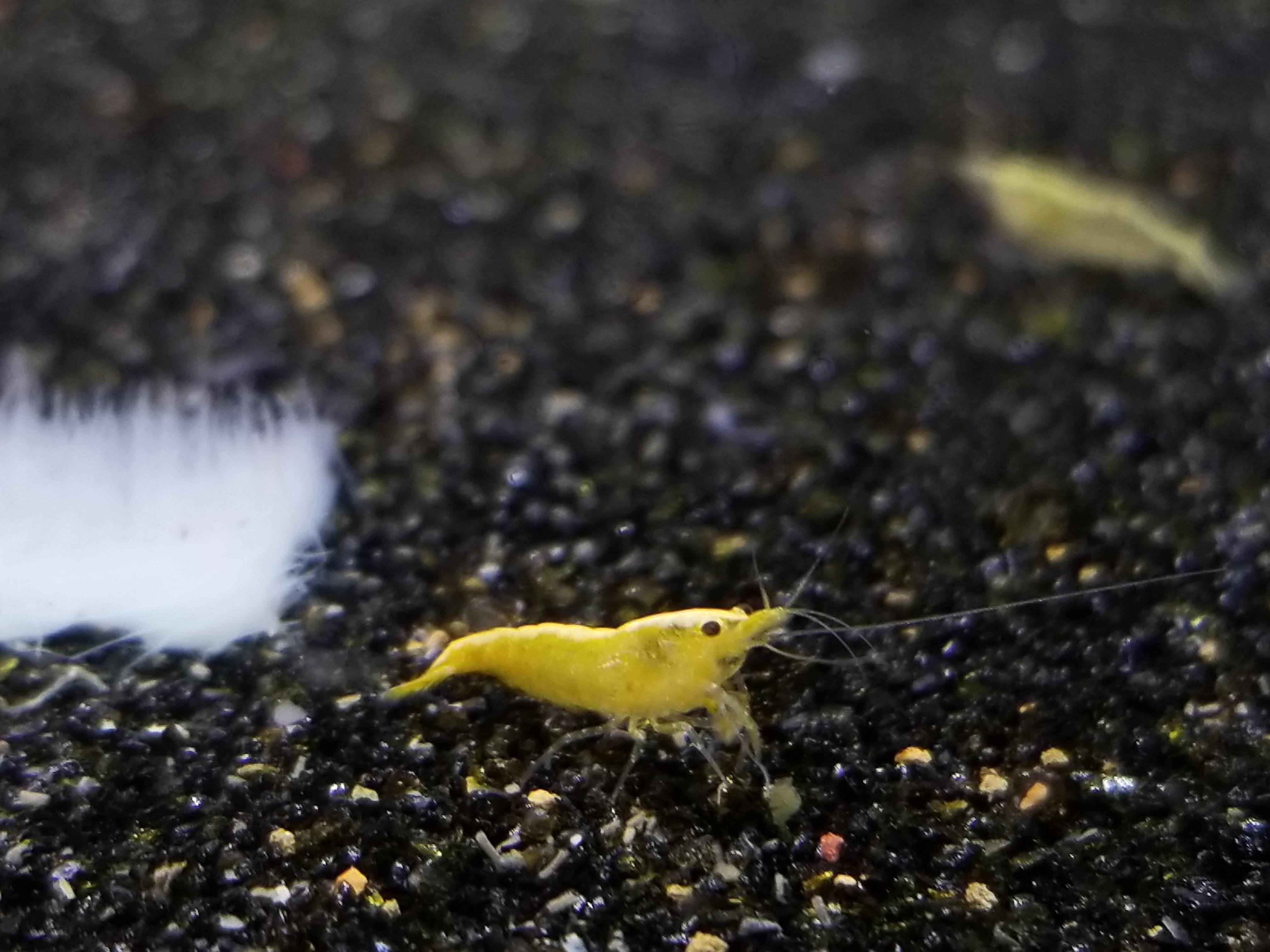 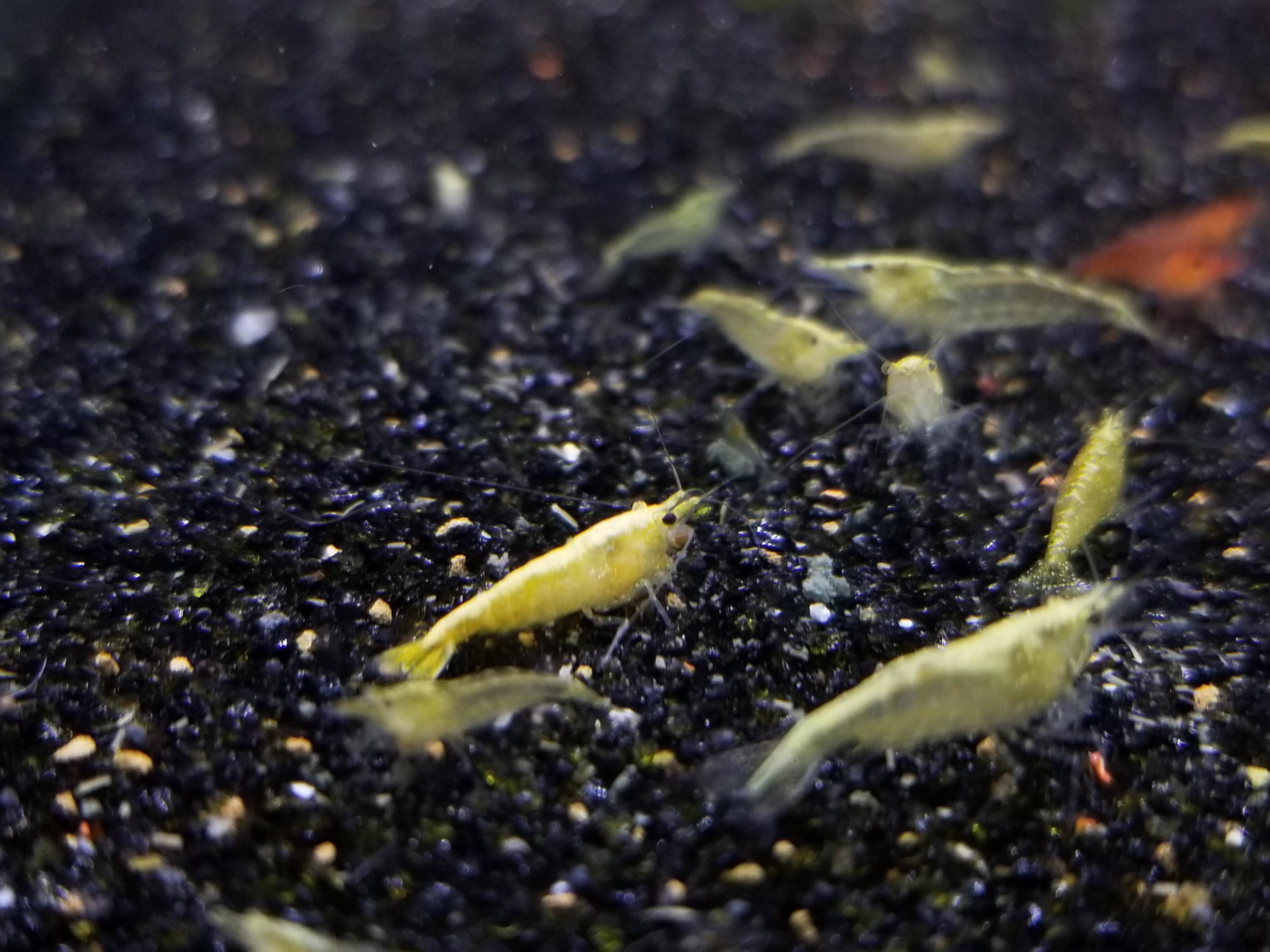 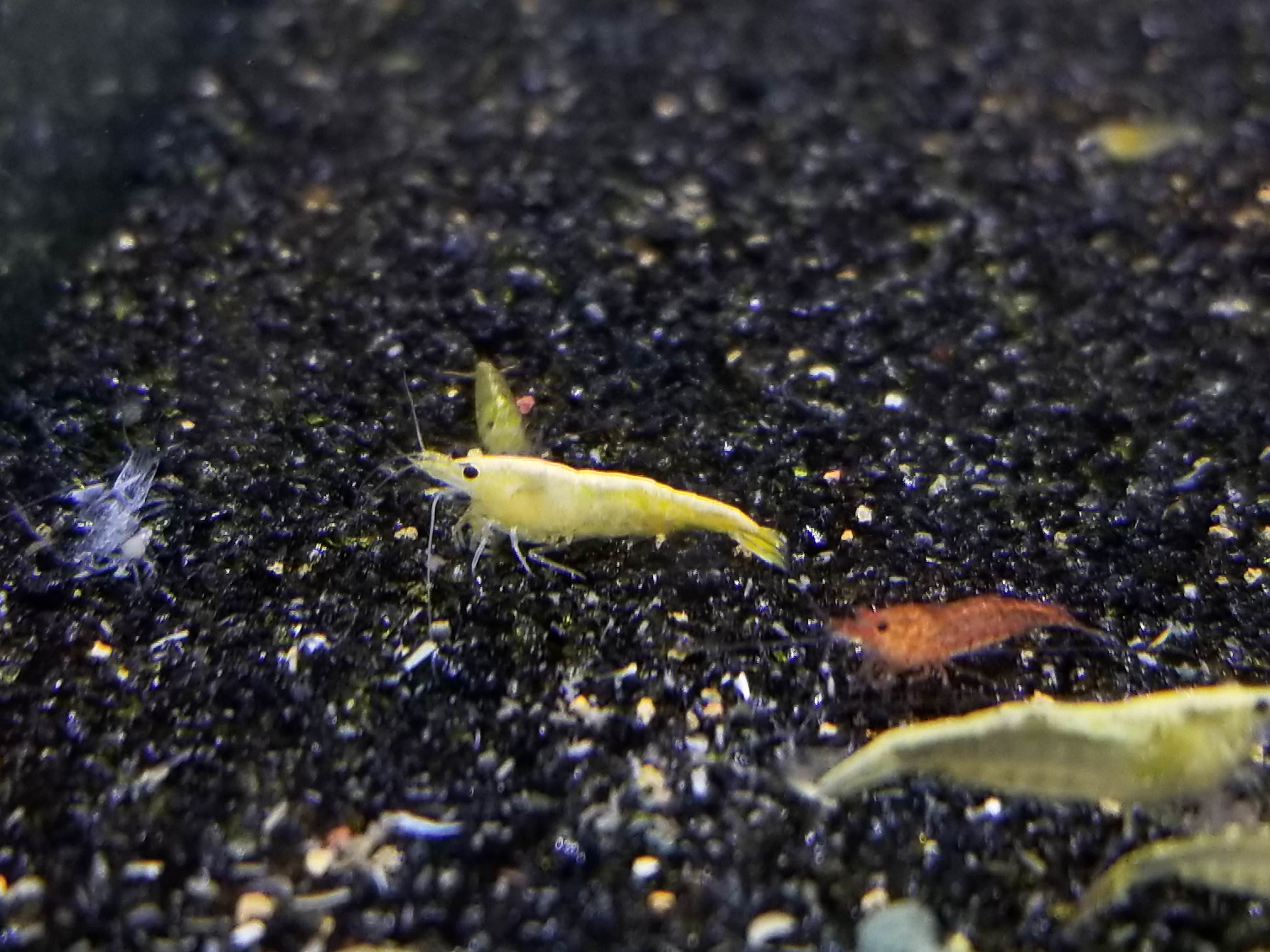 
(View User Tanks)
PTrader: (0/0%)
Join Date: Feb 2018
Location: London, Canada
Posts: 79
Update: I removed the shrimp as it couldn't stand up straight. Still alive but last time I saw something like this from a shrimp it died pretty soon. Just hoping it's not infectious.
Luciferene is offline
Quote Quick Reply
post #3 of 5 (permalink) Old 03-20-2018, 01:09 AM
aotf
Planted Member


(View User Tanks)
PTrader: (0/0%)
Join Date: Feb 2018
Location: London, Canada
Posts: 79
Yea it was too late, it died today. Actually, it seems like the majority of deaths I had is similar to this one, where it progresses from impaired movement, weaker balance, and then paralysis in some parts to death. It even got the white band around and failed molt right before it died, which makes me think that the paralysis made the shrimp unable to molt.

It does look like a photo of muscle necrosis, and I thought it was a nice opaque color at first... Hopefully, it isn't the infectious type and caused by parameter change, I guess I'll have to keep an eye on this tank now.
Luciferene is offline
Quote Quick Reply