I think I have long hair Algae, will the Amano eat that?

I also have a Marimo Moss ball, is that also on the menu for this shrimp?

Also, are there any problems fish for it?

The blood fin tetra were kind of looking at it and following it around, but they both moved behind a piece of driftwood so I could not observe what happen next. 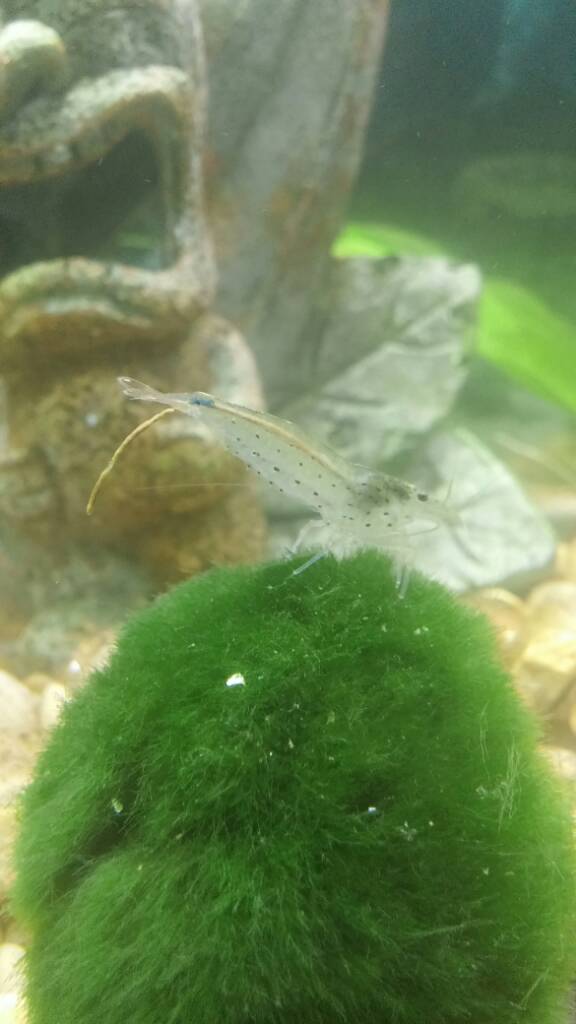 If he is eating the moss ball, does it kill it or just trim it,etc..?

I have some pretty ugly long hair algae and was hoping this shrimp could help.


(View User Tanks)
PTrader: (0/0%)
Join Date: May 2016
Posts: 1,116
Quote:
Originally Posted by easternlethal View Post
He's cleaning it and pooping onto it in a never ending cycle😀
Feeding and cleaning. Shrimp have talent!

(View User Tanks)
PTrader: (0/0%)
Join Date: May 2016
Posts: 7
Moss ball is safe, the shrimp us just cleaning it. The problem child is the siamese algae eater, those guys will eat almost all algae AND moss

They all look the same to me.

Are you certain you have the correct one? Someone told me that Chinese = bad, and Siamese = good.

They all look the same to me.

Are you certain you have the correct one? Someone told me that Chinese = bad, and Siamese = good.

Thanks.
Identifying the Siamese Algae Eater
True siamese have their black streak extended to the end of the tail
UncleChin is offline
Quote Quick Reply
post #10 of 10 (permalink) Old 05-24-2016, 08:59 PM
clashandslash
Algae Grower

(View User Tanks)
PTrader: (0/0%)
Join Date: May 2016
Posts: 7
Im sure. The siamese can and will eat moss as it matures. Besides that, it is hands down one of the best algae eaters in the hobby