(View User Tanks)
PTrader: (0/0%)
Join Date: Jan 2019
Posts: 5
Bacterial bloom
I am in the process of setting up a new 32 gallon Fluval flex. I used Ada Aquasoil powder for the substrate. After the first initial fill the water was really murky but that was expected. I performed two 80% water changes on the first day and the water was fairly clear. When I woke up the next morning it was very cloudy. I performed two more 80% water changes on day two and three but always after the next morning its still very cloudy. This is day six now and I backed of the water changes to 50% a day after the third day.

Other things Ive done to try to clear the water was run filter floss in the filter chamber, the floss never got dirty, its still white. Tried treating with accu-clear on day two and three. Have been running Purigen since day 4.

I also conducted a test with the Aquasoil. I added about 1/3 of soil to a glass cup, filled with cold tap water and stirred it up with a spoon. Done a water change in the cup after 24 hours and after 48 hours the water in the cup is clear. The only thing I can think of is the temperature of the water in the aquarium is allowing some bacteria to thrive on the excessive nutrients in the Aquasoil causing a bacterial bloom. Im not sure what to do anymore but just give it time.

I have not planted any plants yet because Im afraid they may not survive with how cloudy it is. I used some old filter media out of my other tank but as of now the ammonia is at 1 ppm and 0 nitrite.

Has anyone else experienced this using Aquasoil? How long should this be expected to last? This is the tank after 24 hours after a water change. 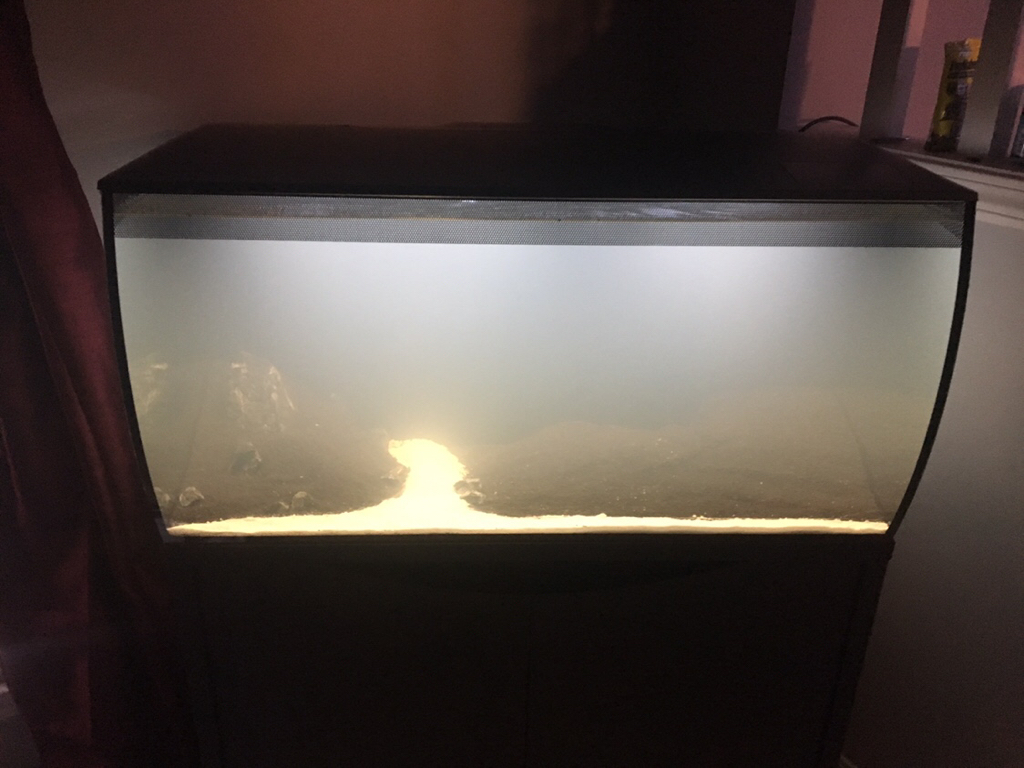