(View User Tanks)
PTrader: (0/0%)
Join Date: Jul 2018
Posts: 12
DIY Background DRYLOK CLEAR
Howdy fellow planted tank nerds, first i would like to thank everyone on here for documenting and helping one another achieve things in this hobby most would not attempt. I applaud you all for your efforts, i figure i have some rather useful information after experiments and failures.

So whats the big scoop? Here is the backstory

My first tank this January was dirted, yes! right to the good stuff. After finding this forum i was off to the races, ended up with a super heavily planted tank that just worked. Miracle grow potting mix, 1" cap of gravel, lots of plants, 5 Denison Barb, 4 Filament Barb, 5 Odessa Barb, 6 Tiger Barb, 4 Cherry Barb, Vampire Pleco, Leopard Frog Pleco, and recently added 6 Giant Danio as top swimmers. No problems, not one, because i read lots and lots of these forums. Mind you a month ago the dirt came out for Sand Blasting grit but thats another story.

The good stuff.. I decided to wanted to build a background for my tank. But not my main tank, to many variables to worry about. So i purchased a 10gal to experiment with. Purchased some foam at lowes, spent countless hours carving away with the lady. After days of carving (only a few hours a day) it was all done up and looking great, even decided to build a waterfall under the filter to shush the water up. Somewhere about here i started looking for DRYLOK, i live on canada, Ontario to be somewhat precise. Only 1 store i found could even get it, on order. So i waited a week, and ordered DRYLOK CLEAR, thinking i could use Quickrete under it for color.

I bought some Quickrete hydraulic water stop cement, mixed it rather thin just to get some on. Let it dry for 2 days, and then did 2 more thick coats letting 3 days dry between. It looked great. I let the background sit for 2 weeks after. I did not want any moisture in the cement and made sure it was well cured before putting on DRYLOK CLEAR. I applied 3 normal coats, like painting a wall in your house. All the way around, back, sides, filter and heater cut out, everywhere. Then it dried for another 2 weeks, and it was siliconed in the tank with GE, sat for another week to let the Silicone cure.

Gameday was here, I rinsed the whole tank in the bathtub for a good 40 mins. Dumping the water out maybe 10 times. Then i set it up, dirted the bottom, capped it with black sand, threw in driftwood, and a few plants. Slowly i watched every plant die in 2 weeks, except dwarf sag but being in dirt i dont think it could die lol. The water was cloudy, bubbly and almost foamy on top. I did maybe 10 water changes during this period, plus 3 the first day. I used bio rings and sponge from my cycled tank, and fresh charcoal. Every water test it did was fine, but something was very wrong, something i couldn't test.

DRYLOK CLEAR, that was the problem. It slowly broke down just over 2 weeks, not enough to even notice on the background either. But enough to cause major problems, and something i cannot describe. It has almost coated the driftwood in this weird white mold looking stuff, and even parts of the sand. Which explains cloudy water, DRYLOK CLEAR is not fish safe. I cant imagine what would happen to a fish being in this environment, let alone a few plants. Just wanted to share this with everyone, as i could not find a thing about DRYLOK CLEAR on here! 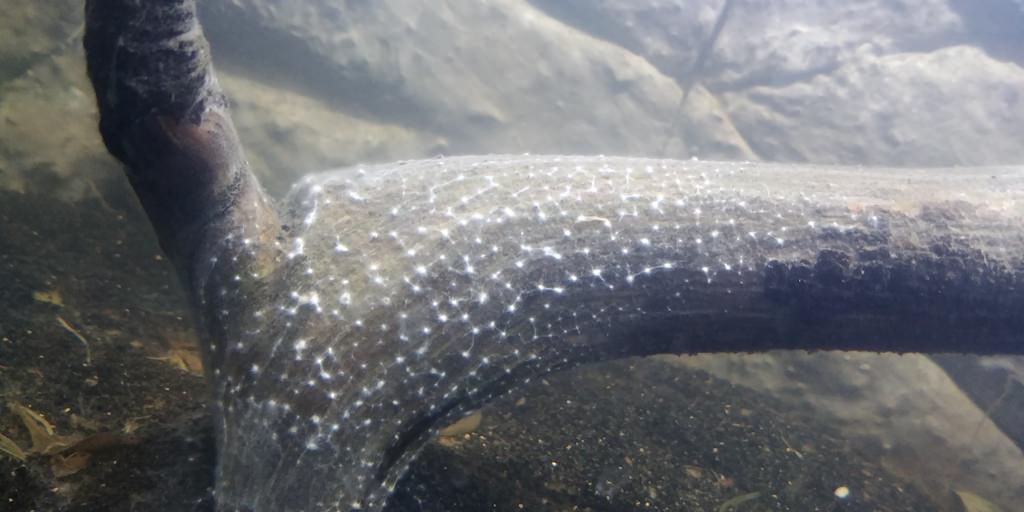 (View User Tanks)
PTrader: (1/100%)
Join Date: Jul 2013
Location: Munster, IN
Posts: 160
When I did my DIY background I did a saltwater cure for about 2 weeks. Use water softener salt, cover the whole bottom about 2-3" deep with the salt tablets and fill. Put an empty filter or circulation pump and let sit for a few days and run. Over 2 weeks I'd do 3-4 water changes at 100% with a new layer of salt tablets.

I didn't use drylock clear, I used a spray can of Rustoleum concrete sealant and haven't had any issues with flaking or scaling in 4 yrs now.
deeda likes this.
75g that has rolled through various incarnations over the years...
Bratmanxj is offline
Quote Quick Reply
post #3 of 7 (permalink) Old 07-12-2018, 02:55 PM
daFrimpster
Planted Tank Enthusiast

@Bratmanxj - Do you happen to have a link to the exact product you used? i'm all for learning! I guess the real question can you find this stuff in canada. Drylok itself was literally only at 1 hardware store, on order for a week wait.

@daFrimpster - Correct. Being for a toss away tank i was not concerned to master the process but to gain experience. It did not cross my mind to look up MSDS for it. As everything i read was use drylok, it never clicked in my head it would be a totally different chemical makeup until i seen things go downhill. Working on project 2, with the right drylok now

(View User Tanks)
PTrader: (0/0%)
Join Date: Jan 2011
Location: UK
Posts: 921
It's quite normal for drift wood to grow white mould, it usually goes away in a couple of weeks and doesn't cause any harm - so it's probably unrelated. Just so you don't panic if it turns up again.
tamsin is offline
Quote Quick Reply
post #6 of 7 (permalink) Old 10-13-2018, 02:29 AM Thread Starter
JMonsta
Algae Grower

(View User Tanks)
PTrader: (0/0%)
Join Date: Jul 2018
Posts: 12
Quote:
Originally Posted by tamsin View Post
It's quite normal for drift wood to grow white mould, it usually goes away in a couple of weeks and doesn't cause any harm - so it's probably unrelated. Just so you don't panic if it turns up again.
Did not know this, thanks! Does it depend on the type of wood possibly? or just something inside certain pieces of wood? Cheers
JMonsta is offline
Quote Quick Reply
post #7 of 7 (permalink) Old 11-02-2018, 01:47 PM
Bratmanxj
Planted Member

Rust-Oleum Concrete Sealer
75g that has rolled through various incarnations over the years...
Bratmanxj is offline
Quote Quick Reply