(View User Tanks)
PTrader: (0/0%)
Join Date: Dec 2010
Location: Prince George, British Columbia
Posts: 436
"Unique" & Unusual Aquariums
I've seen many "unique" kinds of tanks being posted on this forums and others, I figure why not start a thread about it.

In my opinion, some of the "unique" tanks/set ups/ideas I have seen are quite nifty, some on the other hand are just... stupid!

What kind of different or unique tanks (or even tank set ups) have you seen?
Do you like/dislike them? Why?
Have you had any cool ideas you would like to share?

Here are a few I have seen and what I think of them. 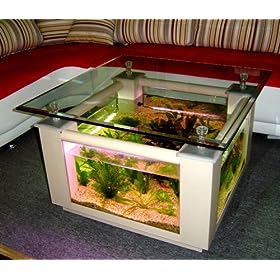 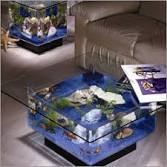 If constructed properly, I think this kind of tank is really cool. They had one in my old dentists' office (about 6 feet long) that I just LOVED - there was a stand/compartment underneathe for equipment. This is just sweet. (Obviously for like shrimp/snails or something and not gold fish, a 5gallon could be made for a Betta haha)
Inspired a cool idea - an emptied, cleaned out and planted Lava-Lamp.
Gotta do that someday! 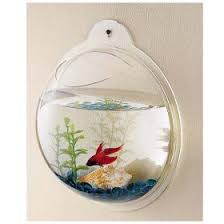 While much too small for a Betta, these would be cool for little nano set ups around the house.
Could house shrimp/snails.

Though there are complications, that would make a cool deep-water tank.
(I would say inside of course to avoid temp fluctuations and/or other whether issues. Would look great in a sunroom, bathroom, office lobby, etc.)


And here are some stupid and outright cruel ideas.

Fish Necklace
These are sold in china, here's what another site says about them:
Well I thought Ive seen it all when it comes to jewelery but not until I saw this in the newspapers today. In China there were live fish sold by vendors that are trapped in a pendant which can be sold as a necklace or a charm for your bag. They insisted that the small space that they had included three months in the sealed containers which contain water, fish food and two solid oxygen balls. Although this picture is not clear, its the only one floating around in the internet.

Sabrina
To view links or images in signatures your post count must be 10 or greater. You currently have 0 posts.
Splendid Splendens is offline
Quote Quick Reply
post #2 of 8 (permalink) Old 01-14-2011, 05:31 AM
Centromochlus
Honeycomb Master 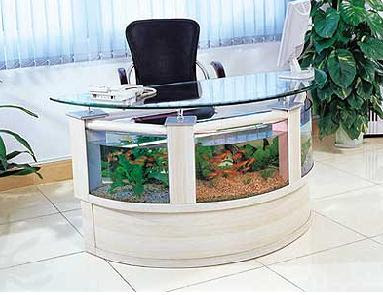 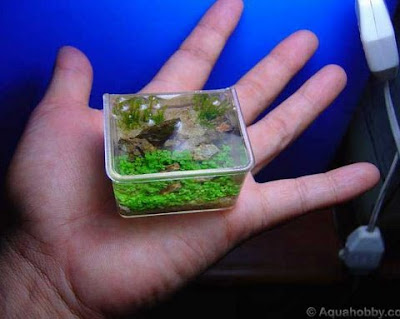 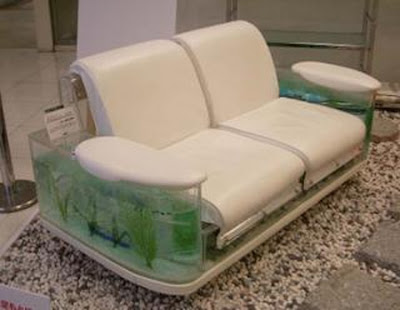 This is my favorite.
To view links or images in signatures your post count must be 10 or greater. You currently have 0 posts.


To view links or images in signatures your post count must be 10 or greater. You currently have 0 posts.
Solid is offline
Quote Quick Reply
post #6 of 8 (permalink) Old 01-14-2011, 02:50 PM
Betta Maniac
Wanabe BKK Herder

This is my favorite.
Totally with you. This is awesome!!!

Coolest one I've ever seen was a big, curved saltwater aquarium that made up most of the bathroom wall in a warehouse in Manhattan. No idea whose house we were at (party hoping back in my college days), but I still VIVIDLY remember that aquarium. It was the only wall in the entire place, which took up an entire floor of the building.

Aquarium lamps and center pieces
The Aquarium Center Piece Tanks you've shown on your site is really cool!, where can I find one to buy?
Lady Jossy is offline
Quote Quick Reply