This is my first time posting here even though I have been an active peeper for quite some time.. I have taken so much away from this site in terms of knowledge, so today I would like to give back to anyone out there interested in trying something unique with there setup!

I started working on this paludarium around march and it has been an absolute challenge not to jump the gun and post about what I'm working on until it was 100% done.

The biggest reason I didn't wanna say anything about this project during the build was to keep from making a fool out of myself if I didn't commit to finishing it. I'm def one of those people that will come up with an idea and get bored with it after a week of curb stumping my head over some part I cant figure out..

so anyway, let's get to the build before you guys start curb stumping me for drifting off subject.. I would like to introduce you to "Edens.Bow"!

She is a full ecosystem harboring multiple species of life, aquatic AND terrestrial! She comes complete with an app that monitors her vitals (temperature & humidity) and can replicate a typical day in the amazon. It simulates morning, noon, evening, night and even different levels of rain (from tropical showers to full blown thunder storms! To keep this post from being extremely long, my girlfriend and I put a website together documenting every single stage of the build, I will make this post more of an overview and link to different parts of the build. I think there will be more people interested in particular parts of the build so this will allow them to go straight to that part instead of scrolling through this long post.

So, this project started with a 55 gallon aquarium I baught off someone who used it as a saltwater set up. It came with a working sump, stand and tank. Everything that is added on to the aquarium is pretty much styrofoam sheets. I made my own little plumbing extension that ran off the top of the return jets and extended it up to the terrarium part of the tank. everything is grouted, painted and sealed to look like real rock. **I go further into detail about how I built the paludarium here.

Building The Arduino Based Controller

I felt an Arduino Mega 2560 board would perfectly handle the task of monitoring the tanks statistics.. As well as allow me to toggle through a few settings whenever I wanted to do something. 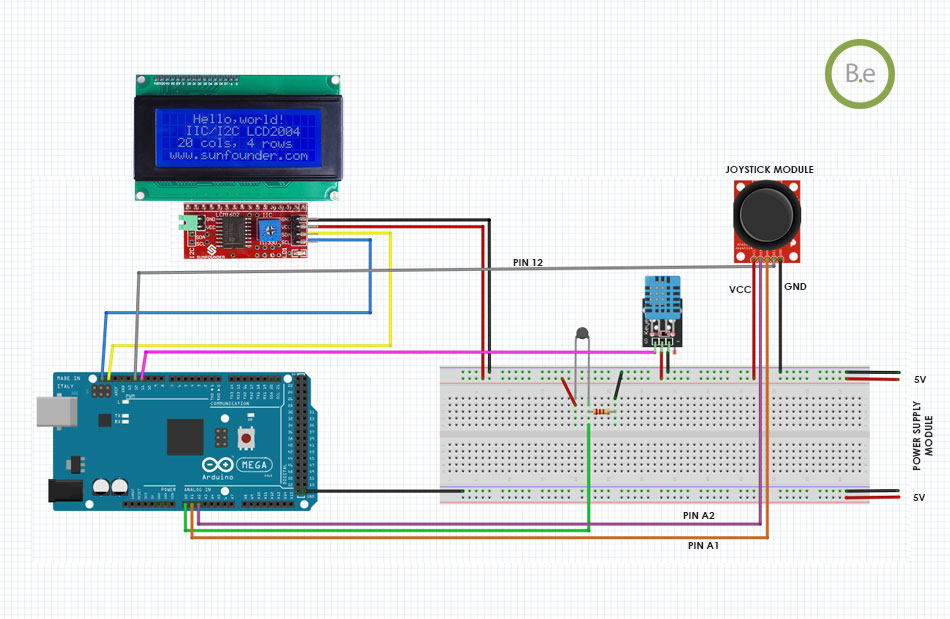 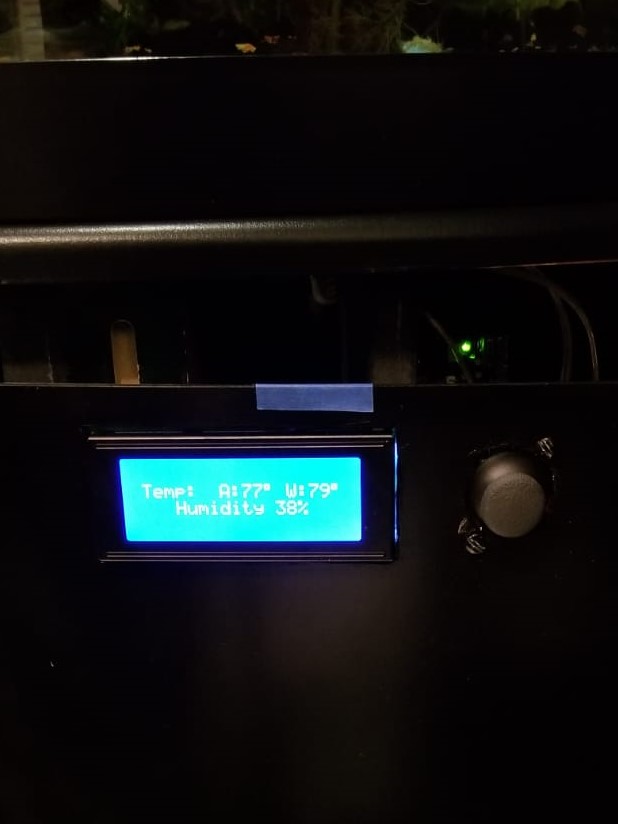 I mapped out all of the things I wanted to be able to do to the vivarium from a joystick and in LCD monitor:
-Continuously monitor humidity, as well as air and water temperature
-Control things like a fan, basking light, rain irrigation system and toggle through various day/night settings using LED’s
-Enable Bluetooth compatibility for remote “app” control with any mobile device

**I go further into detail about how I built the paludarium controller with Arduino here.

The Lighting System for the tank

The lighting portion of the project had to be very strategic. I had to figure out a number of challenges.. How to properly light the terrarium plants as well as the aquatic plants.. How to pretty much mimic the sun with healthy measurements of heat as well as UV lighting for the animals that needed it like the reptiles & amphibians.. Most importantly I wanted to still portray the natural look of the sky in a safe and inaccessible way to the inhabitants! I broke this bit of the project into two easy to develop parts. The LEDs would supply the needed lighting to the plants and act as the “sky”… The All-In-One reptile lamp would supply the day time heating and necessary UVB/UVA light while simultaneously acting as the sun!

**I go further into detail about how to naturally light a paludarium here.

Adding sound FX to the tank

Even though this is a minor and in no way a necessary part to this build.. I really wanted to have nature sounds in this paludarium. It was a nice touch of realism that truly sets this tank a part if you ever got to see it in person.

As the day progresses, the sounds within the environment change. From distant birds singing in the morning, to random howling or chirping crickets to compliment the synthetic starry night.. You can’t truly portray a stormy afternoon without the introduction of rolling thunder and random crackling when lightning strikes! 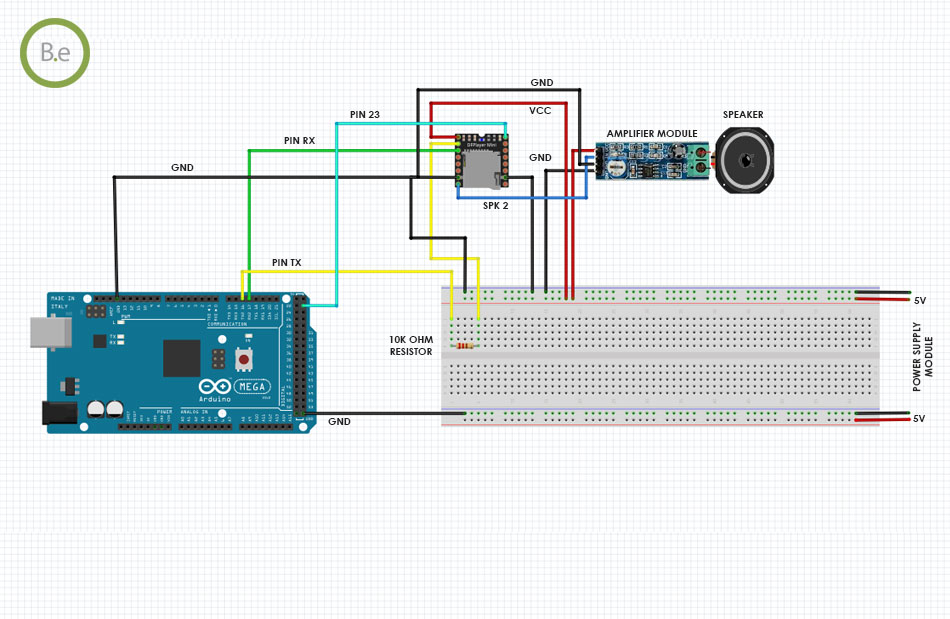 Working through different types of mini sub-woofers and amplifiers, I was finally able to make the perfect set up that easily coded into the Mega 2560 board.

**I go further into detail about how I added nature sounds to the paludarium here. The sound bits I’m currently using for Edens.Bow will be available for download soon..

Building the App that remote controls everything

After tying it all together and making sure the tank ran on it’s own without complications, we move on to the mobile application. This was a very important feature for me to have on this tank. I wanted to build it with an app maker that offered an easy learning curve.

I decided to try out MIT App Inventor and was very pleased with the amount of time it took to fully get this concept up and running.

The main functionality would be the exact same as the main hub on the paludarium with the additional ability to set up a schedule so the tank could cycle through various settings on its own. I think later updates to this app will come with features like:

**I go further into detail about the remote controlled paludarium app here.

Scaping The Paludarium With Plants

Scaping this tank was extremely fun!! keeping the plants alive though... I'm working on that lol.. aquarium plants aren't too hard to manage if you are giving them a decent amount of light and dont have animals ripping away at them daily. the real challenge for me was the terrarium plants at first. I took the long road on figuring out things like transplant shock and what plants like more water & humidity than others.

I put a list together of the paludarium plants that worked best for me here. 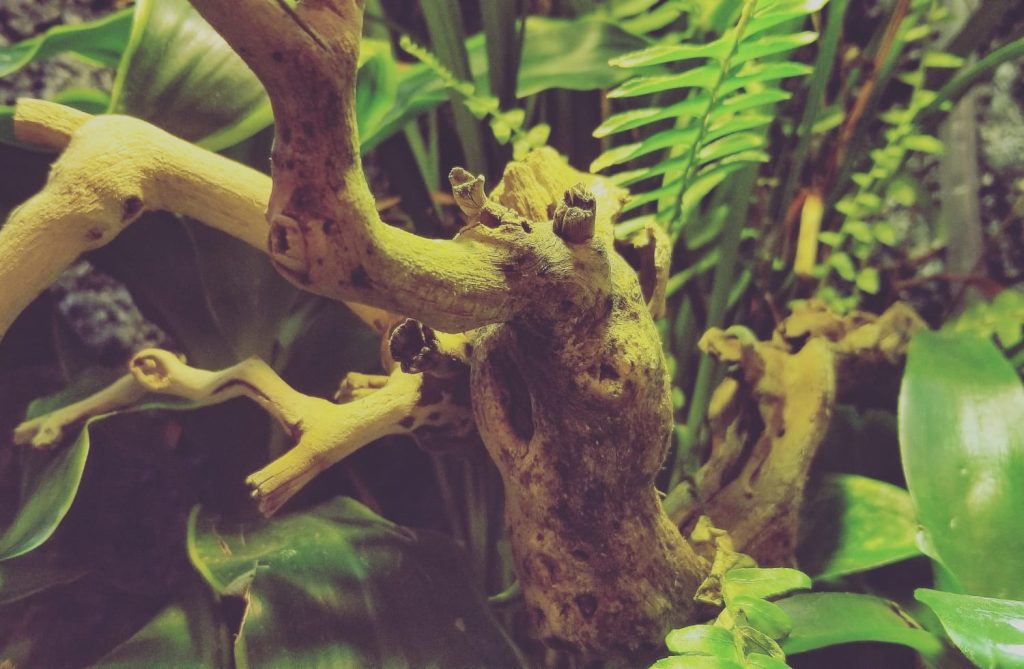 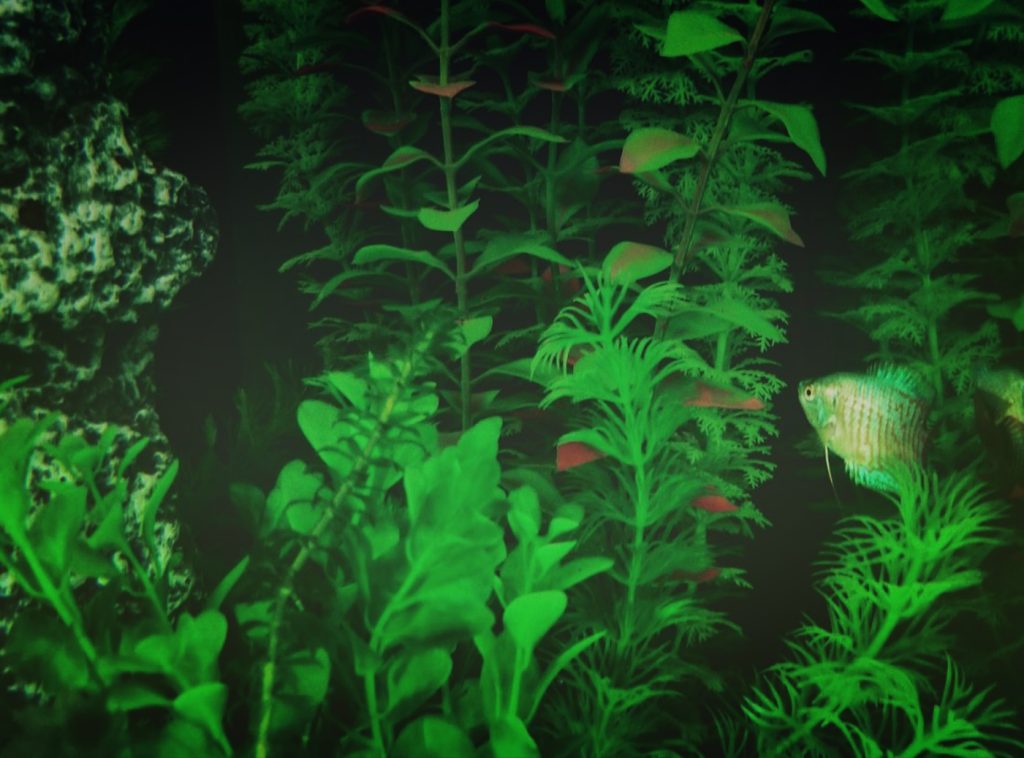 Adding the animals to the tank

I finally added life here! I started with the clean up crew and worked my way to the main attraction.

Springtails, Isopods and shrimp are the micro inhabitants that work to keep the tank clean.. Fiddler crabs do a pretty good job in the terrarium too and actually enjoy being above water more than I first imagined. Catfish help out with the cleaning as well down under. 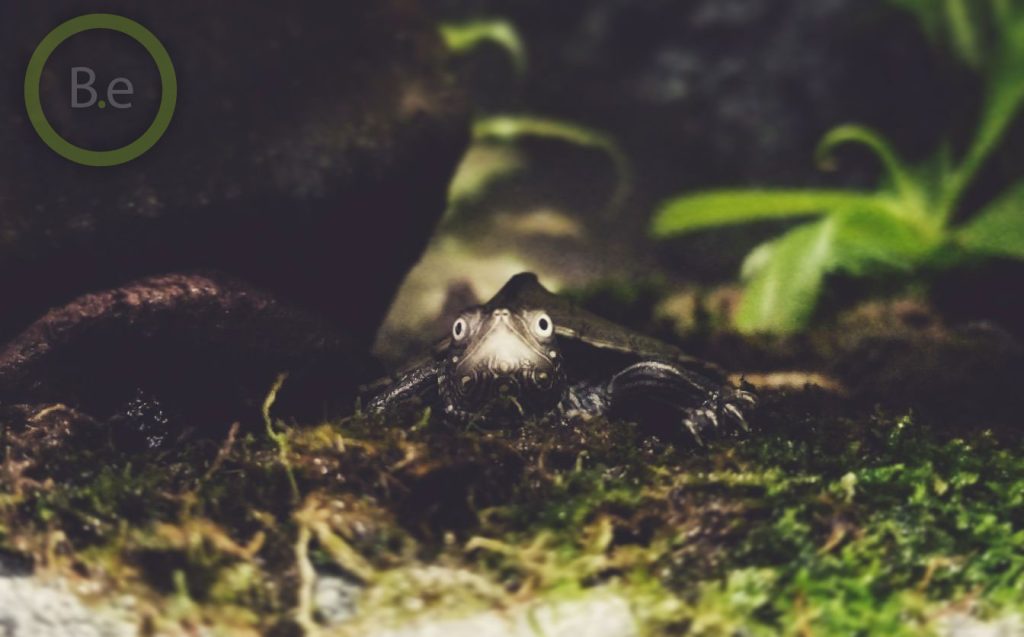 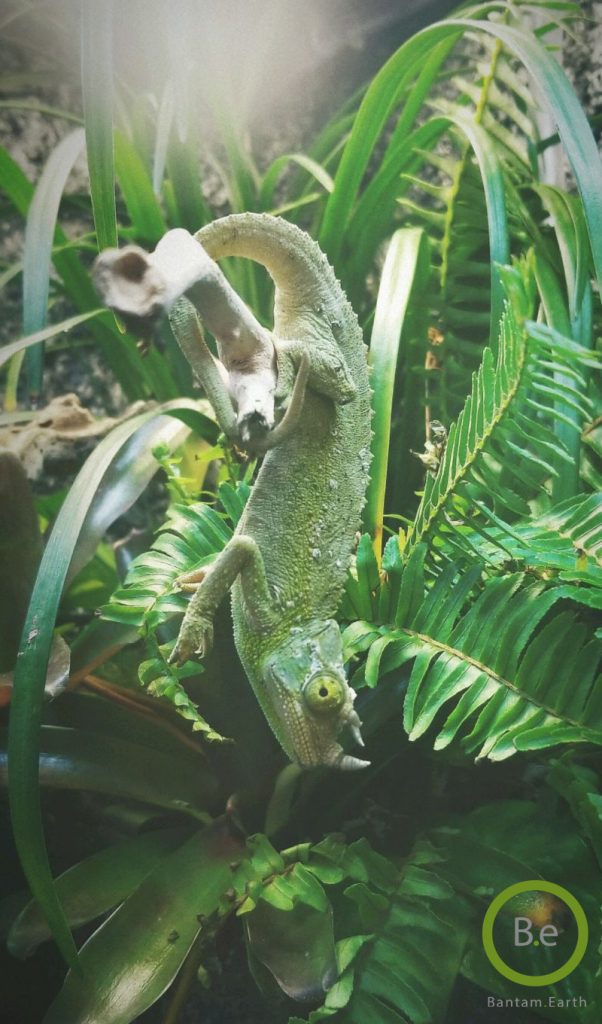 We originally had two baby chameleons in the terrarium portion but had to separate them as they got older.. The males become a bit too much once sexually active lol..

Adding the right assortment of fish is an on going task as most of you may know. So we rotated around with various other tanks in our home until we got a good community beginning to coexist.

**I go further into detail about my choice of Paludarium Animals here.

even though I'm "done" with the this build, I will continue to update this tank with little tweaks here and there and keep this thread updated with new add ons and touch ups as I go.

Hope you guys like the build, I'm nervous and excited about the feedback at the same time

(View User Tanks)
PTrader: (4/100%)
Join Date: Dec 2017
Location: Elk Grove, California
Posts: 5,329
What an amazing project! You should feel very proud of it and thanks for sharing!
To view links or images in signatures your post count must be 10 or greater. You currently have 0 posts.

It looks really nice, but I'd be concerned about multiple species of herps in the same enclosures. You run into problems with different requirements, plus the potential for disease transmission. I don't know if you're considering them, but don't get dart frogs, they can't swim at all (i.e. will drown) and are easily stressed by any other land inhabitants, especially that turtle there. If you decide to go for it, tree frogs could work, since they'll stay up off the ground and won't encounter your turtle. Enclosures with multiple herp species, when they work, work best when the herps rarely-to-never encounter each other.

What's your input, beyond food, water, and electricity? Do you ever need to use any ferts?
To view links or images in signatures your post count must be 10 or greater. You currently have 0 posts.


(View User Tanks)
PTrader: (0/0%)
Join Date: Jul 2018
Location: florida
Posts: 8
Quote:
Originally Posted by Discusluv View Post
What an amazing project! You should feel very proud of it and thanks for sharing!
thanks I'm very glad you guys enjoyed it!
Combining Nature & Technology To Create A Better Place..
To view links or images in signatures your post count must be 10 or greater. You currently have 0 posts.
Bantam.Earth is offline
Quote Quick Reply
post #7 of 8 (permalink) Old 07-24-2018, 01:54 AM Thread Starter
Bantam.Earth
Banned

It looks really nice, but I'd be concerned about multiple species of herps in the same enclosures. You run into problems with different requirements, plus the potential for disease transmission. I don't know if you're considering them, but don't get dart frogs, they can't swim at all (i.e. will drown) and are easily stressed by any other land inhabitants, especially that turtle there. If you decide to go for it, tree frogs could work, since they'll stay up off the ground and won't encounter your turtle. Enclosures with multiple herp species, when they work, work best when the herps rarely-to-never encounter each other.

What's your input, beyond food, water, and electricity? Do you ever need to use any ferts?
You are absolutely right about the fiddler crabs, We are actually planning on building a new brackish paludarium set up because my girlfriend wants to start a puffer fish collection. I,m planning on transferring them there to the new set up where it will have some type of sand substrate. my inner dork is very interested in trying to figure out a way to recreate tide patterns and possible get them to breed.

Thank you so much for the tip about the vampire crabs! I am looking into that as we speak!

you are also right about the multi species of herps as well. we originally shuffled herps in this tank trying to figure out who would be happiest here. at the end, one female chameleon was kept in this set up while all the other guys got moved to their own enclosures where they appear to be much happier. thats solid advice on the frogs.. I think we may end up going with either the tree frogs like you mentioned or possibly even glass frogs. Theres a safety net thats neatly placed around the open water areas to prevent the cham from falling in but I would be more worried about the cham mistaking any of the smaller frogs for food so i'm moving slow to adding anymore herps to this set up now that the chameleon has grown a bit more.

I haven't done any ferts since finishing this setup, was hoping to have some advice offered in this thread as far as plant care.
Combining Nature & Technology To Create A Better Place..
To view links or images in signatures your post count must be 10 or greater. You currently have 0 posts.
Bantam.Earth is offline
Quote Quick Reply
post #8 of 8 (permalink) Old 10-28-2018, 10:13 AM
kidrock
Algae Grower