What to stock it with maybe some micro tiger rasboras or ember tetras depends what the vendor has on the list an which vendor we order from. 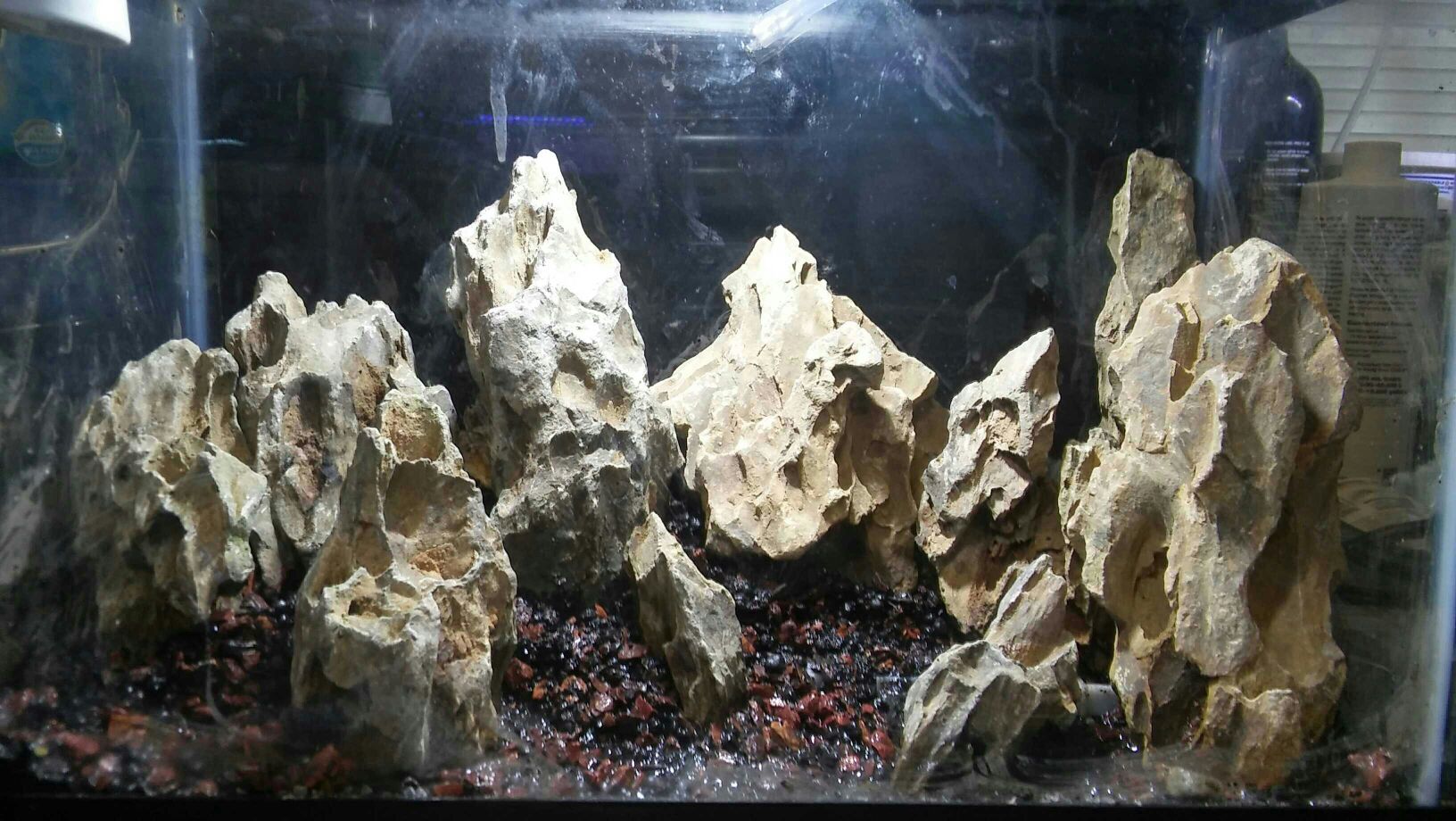 Let me kno what ya think
Thx

Sent from my LG-H634 using Tapatalk
I could see some grassy type like Cyprus Helferi or giant hairgrass that you keep trimmed
Willcooper is offline
Quote Quick Reply
post #5 of 9 (permalink) Old 07-26-2016, 07:53 PM
dukydaf
Wannabe Guru


(View User Tanks)
PTrader: (73/100%)
Join Date: Mar 2009
Location: New York
Posts: 5,942
Looks good! The only thing I would consider is how close the left/right rocks are to the glass. I can't tell if they're actually touching, but cleaning the glass could be a problem unless you can slide at least a toothbrush in there all you'll be able to move the rocks somewhat.
houseofcards is offline
Quote Quick Reply
post #8 of 9 (permalink) Old 08-01-2016, 01:14 AM
hcarleton
Algae Grower


(View User Tanks)
PTrader: (0/0%)
Join Date: Aug 2016
Posts: 6
Nice hardscape. I would reconsider the ar mini though. In such a small tank I think they would detract from the aesthetic of it being a distant mountain scape. I think using Glosso or HC as a foreground is right on track, then maybe use a moss, such as Riccardia chamedryfolia, on the rocks to give the appearance of distant growth on the mountains. I wouldn't add anything larger than Glosso if you want the look of a distant mount range in such a small tank.

If you are set on adding ar mini, I would reconsider the hardscape, altering it to add more of an illusion of depth so putting ar mini in the front won't look out of place with the scale of the rest of the aquascape.

That's how I'd approach it anyways. Either way you're going to have a really attractive tank once you get it all planted. Keep us updated!
hcarleton is offline
Quote Quick Reply
post #9 of 9 (permalink) Old 08-05-2016, 12:29 PM
Aquascapejackson
Algae Grower

(View User Tanks)
PTrader: (4/100%)
Join Date: Feb 2011
Location: Central FL
Posts: 68
Looks good. I can't help it but I have a soft spot in my heart for glosso. Also, what kind of light are you using. I have an extra little 2.5 gallon sitting around that I think I want to turn into a high tech...still debating.
~Jackson.
Aquascapejackson is offline
Quote Quick Reply