These are 2 of my Fluval nanos set up about a month ago for my twins' bday who just turned 4. Tanks are both cycled and are just settling in. Both were stocked this week after the cycle was complete. Plants were all sourced from the nice folks on TPT..shout out to all that I got plants for.. Thanks a ton guys..

Flora:
Trident java fern in the back- top of the triangle.
Anubias nana petite glued on small pcs of lava rock in between the lace rocks as mid ground.
Multiple mosses glued onto the rocks.

So far, Aquaman just investigates the shrimp, no casualties as yet. Other than that, he is so full of personality. Betta's make great fishy pets- rival certain cichlids for spunk...

Equipment: same as above.

Hardscape:
eggcrate structure to create height at the back.
Some kind of heavy, dense sandstone- checked with vinegar, no chem reaction, no residue in the water, no major KH/GH fluctuation..
Pool filter stand.
1 manzanita branch.

Flora:
Windelov Java fern at the back.
Bunch of assorted buces glued on individual lava rock in among the sandstone elements.
Assorted mosses glued on lava rock smaller pcs of sandstone.

I apologize for the IPhone pics- can't find my slr. Let me know what you guys think... 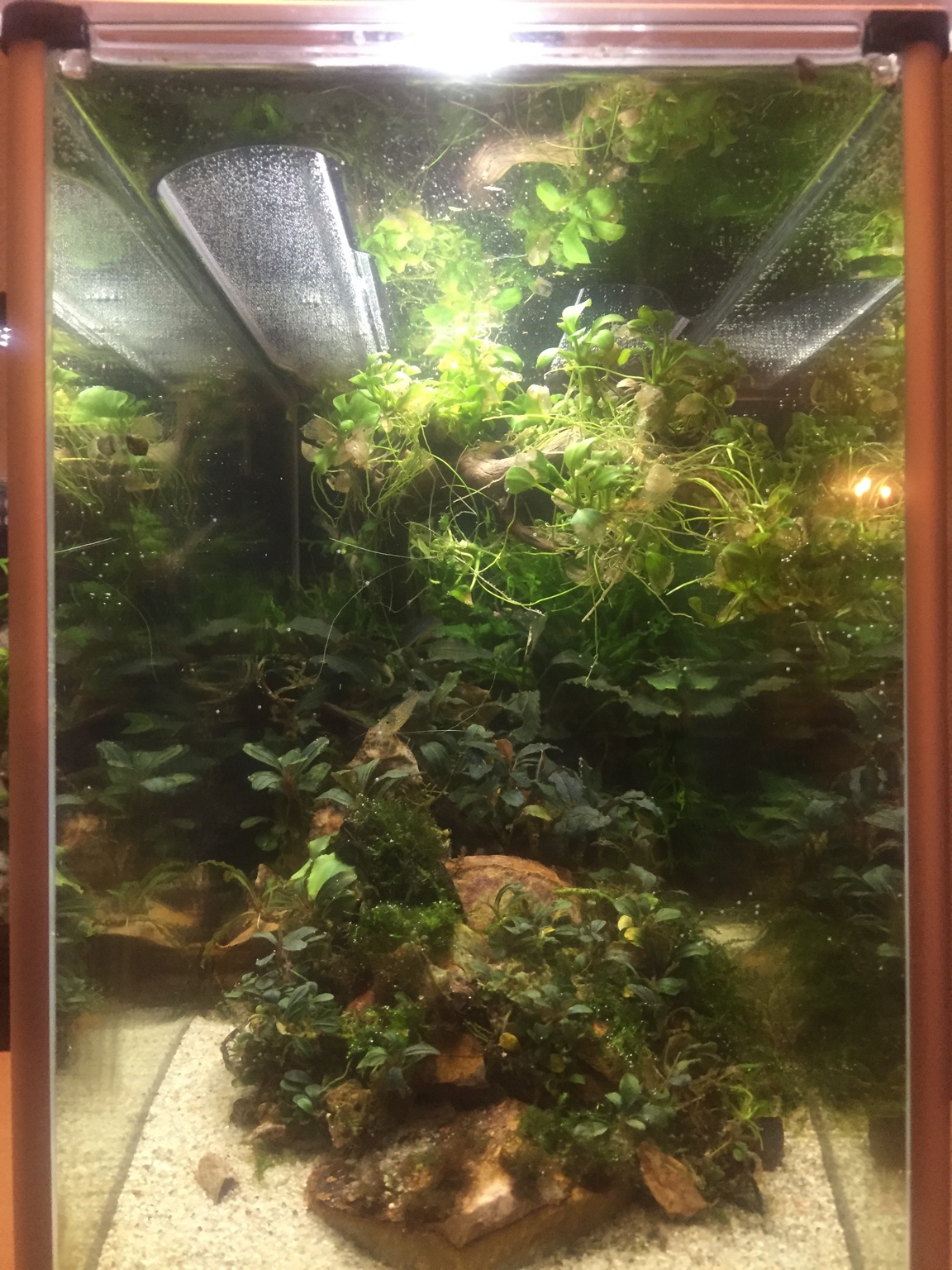 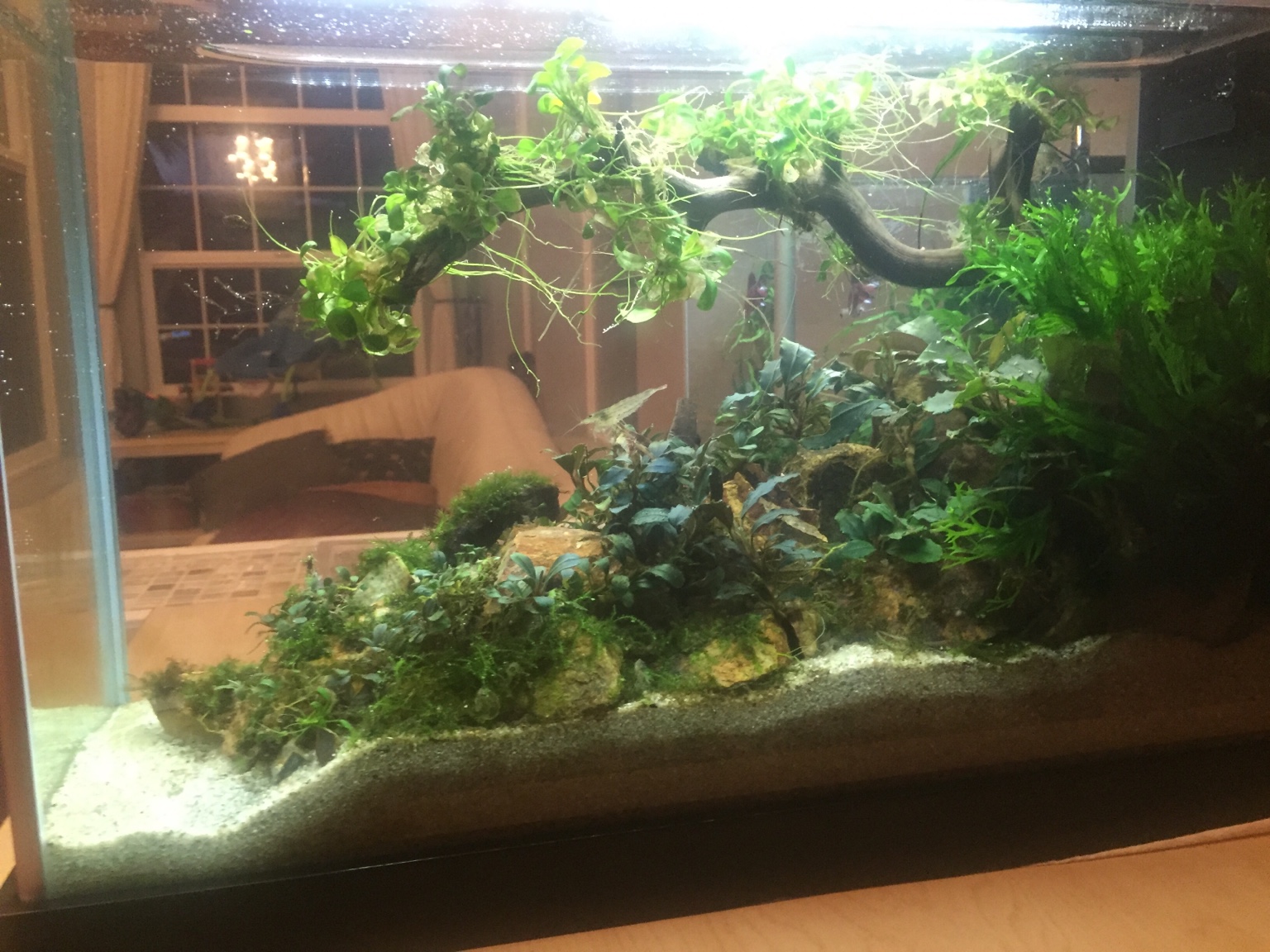 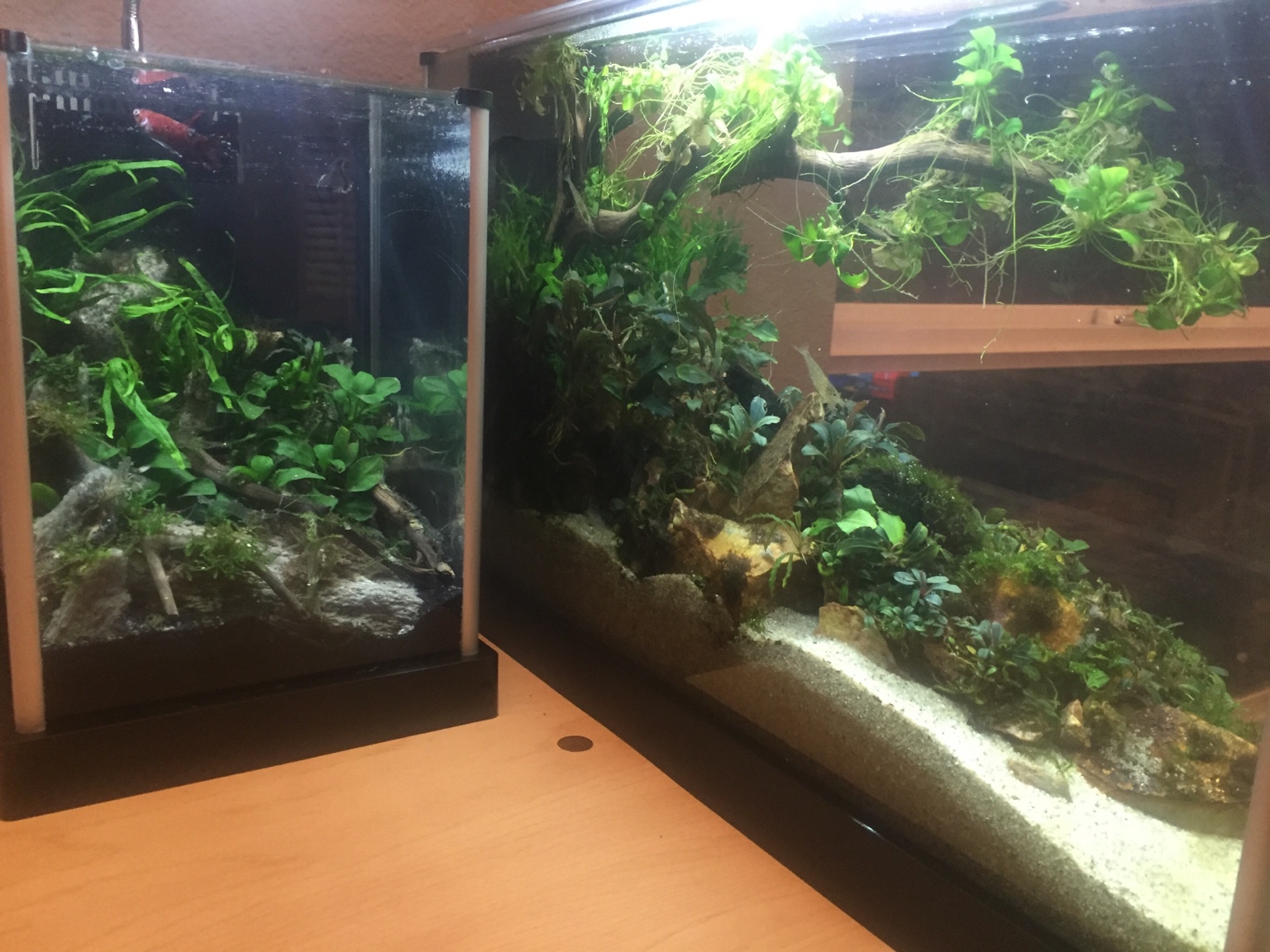 
(View User Tanks)
PTrader: (17/100%)
Join Date: Jul 2013
Location: Ventura, ca
Posts: 103
I just hope the light is adequate. I have been fertilizing using modified/lowered EI regime. Haven't used Excel yet. Some of the mosses didn't make it including riccardia, giant willow. Wave moss is barely hanging in there...