So once the leaking seam is patched, we'll be making a hood, splash shield and lighting rig. In the meantime (while the silicone arrives, I'm doing design work.
Got some nice driftwood, though it'll need to be tied down for a bit, and a big daddy rock (collected local granite with quartz veining), with two medium sized ancillaries (not pictured) for the wood to drape over and between, mimicking the push of root erosion in my local cliff faces. I'll be dirting it (first time!) and capping with charcoal colored or mixed-stone gravel.

Here's the bit I need a bit of advice for: I'm making my own sump tank, using a 19L tank. Here's my preliminary design, please criticise! (Nicely.) I'm planning on a 1000Lph pump, with a built-in choke to adjust down if that's too much flow. I have no idea what power air pump to get though, suggestions?

The only livestock I'm planning on are my female guppies, (to be mated only occasionally!) and some yoyo loaches or ottos.
Planting wise, I'm going to focus on mosses, with the vertical crevices between rocks faced with phoenix moss, and weeping moss draping down over the wood over the joins. I'll be using some of the anubias nana babies from my other tank as accents on the wood, and I'll carpet some of the free swimming space using either flame moss or taiwan moss. The back, where it's not covered in rock, I might screen with bacopa m. but I'm open for suggestions on that.

For a total of 4800 lumen of daylight, with additional dimmable night lighting in RGB.

We use aluminum U bar, (lighting track like, only rather more sturdy) so I have a few samples of that. It conducts the heat away, so there's no need for a heatsink. So far, I'm thinking two bars of the white, approximately 5cm off the waters surface.
Good, bad? Y/N?
Last edited by MountainPool; 09-15-2014 at 07:23 PM. Reason: thread title update!
MountainPool is offline
Quote Quick Reply
post #2 of 13 (permalink) Old 08-26-2014, 02:51 AM
monkey4life
Planted Member


(View User Tanks)
PTrader: (0/0%)
Join Date: Jan 2010
Location: Contra Costa CA
Posts: 11,721
Yoyo Loaches are predatory. They can eat Neon Tetra sized fish before the Yoyos were more than 1/2 grown.
Get Zebra Loaches instead. I kept them in a tank with a breeding colony of Endlers. Maybe they ate a few babies now and then, but mostly the Endlers kept on breeding. They do eat shrimp.

No need for a bubbler in the sump, especially if you are adding CO2 to the tank. Good water flow will bring to the bacteria all the oxygen it needs.
Diana is offline
Quote Quick Reply
post #4 of 13 (permalink) Old 08-26-2014, 07:49 AM Thread Starter
MountainPool
Algae Grower

(View User Tanks)
PTrader: (0/0%)
Join Date: Jul 2014
Location: United Kingdom
Posts: 83
Perhaps I'll skip the loaches and go for shrimps instead. A large enough group (herd? Shoal?) Should be able to clean up plenty. If I can keep them alive. :s

I won't be using CO2, but I do have good flow. I like the idea of the agitation from the bubbles keeping the media from accumulating debris every time I rinse the mechanical filtration. Would it be better to use it intermittently? To flush out the occasional bits of mulm?

Thanks for that paper, the results are quite convincing! (Though the study size is quite small) I'll look into sintered sand and porous rock instead. (My goldfish pond has plastic K1 like media- should I think about changing that too? The bioload recently tripled because of a spawning event!)
20L hex | 114L Fluval Rimless | 20 L QT+riparium
MountainPool is offline
Quote Quick Reply
post #5 of 13 (permalink) Old 08-27-2014, 06:32 PM Thread Starter
MountainPool
Algae Grower

(View User Tanks)
PTrader: (0/0%)
Join Date: Jul 2014
Location: United Kingdom
Posts: 83
Thanks for the paper; very informative! I'm looking into cheap alternatives to brand name ceramic media, now. Broken up pots seems inadequate, lava rock might be my best bet.
The reason I had the bubbler in there was to prevent lumps of gross building up in crevices, but further reading g says these pockets help reduce nitrates? Useful!!
My tap water can contain 20ppm on a bad day, so I can't even use WCs to get it down. Will I have to just plant heavily?
As for cleaners, I think I'll stick to shrimp, if I can keep them alive despite nitrates. I'll give it one more go before I write it off as inhumane to keep trying. :s

LED update: we've switched from U extrusions to T section, so we can fit two ribbons per bar rather than one, to keep things more compact. I've got a dimmer switch to use on the RGB so hopefully I should be able to get some nice sunset/dusk/twilight variants for non-photoperiod lighting.

I look for this type in the smaller stores here that advert as "dollar stores"?
But then I might also suggest course sponge as a really good flexible place for bacteria to live.
PlantedRich is offline
Quote Quick Reply
post #9 of 13 (permalink) Old 08-29-2014, 08:01 PM Thread Starter
MountainPool
Algae Grower 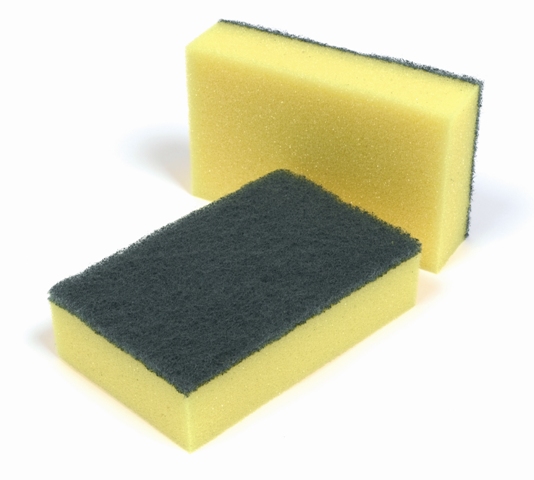 Of course we scrub our dishes!

I'm not convinced these things make anything like a good home for bacteria though. What are peoples thoughts on broken up porous terracotta? The kind that shatters in winter frosts.

Oddly Enough
Under the oddly enough heading, we did a bit of a study

with the scrubbers and found the stainless steel actually appear to be more efficient than plastic.

I have used the stainless steel for many years. For in-tank filtration they are also good for sticking under rock or out of the way locations, as long as there is water movement. Hidden away (if you care) they are also great hiding/breeding areas for copepods and various Infusoria. Particularly if you want egg-layers to have a fighting chance to breed without a lot of hassle the stainless steel scrubs work well.

(View User Tanks)
PTrader: (0/0%)
Join Date: Jul 2014
Location: United Kingdom
Posts: 83
Oh! Brilliant! I can get those by the six pack. I'll check they haven't got any other metals in them, then start squashing them in to see what volume they take up!

Pump's arrived, so now I can buy the hosing to connect things up. We're machining our own overflow box out of a block of perspex, and might as well make a lily tube while we're there, so that's in and out flow pretty much decided. I'll post a capture of the CAD design for the overflow later, if y'all would fact-check it for me.
20L hex | 114L Fluval Rimless | 20 L QT+riparium
MountainPool is offline
Quote Quick Reply
post #12 of 13 (permalink) Old 08-31-2014, 12:27 PM
Gatekeeper
Planted Tank Guru

(View User Tanks)
PTrader: (0/0%)
Join Date: Jul 2014
Location: United Kingdom
Posts: 83
I have access to a CNC router capable of cutting perspex into any shape, so we (myself+the operator) have made a model of a siphon overflow which, hopefully, will prove resistant to siphon breaks and capable of handling 1000lph.
Spec: This will be carved out of block perspex, then capped with sheet perspex sealed with silicone grease and bolts. The plate will thus be removable for cleaning.

The slot at the bottom (pictured with the tool in blue) slots over the glass with a silicone cushion. The left goes inside the tank, below the level of the water.
The small hole at the top left will be fitted with a one way air valve, for starting the siphon, while the small hole on the right remains open to allow air into the down pipe and end the siphon. This way, when the level in the tank falls below that of the outlet, the siphon will stop, without breaking siphon in the riser.
The outlet then drains into 13mmID pipe to fall to the sump via a female-to-female connector.

(There is one error on this drawing, the barrier of the last pipe, where the fall starts, is too low, but we've fixed that in the design since this image was uploaded.)

So! Will this thing work? We've modeled it in no-flow, falling tank levels, and rising, and we think it'll function without needing restarting when the pump is off, and should keep the level in the tank constant, at the level of the intake. Opinions and critique requested!
20L hex | 114L Fluval Rimless | 20 L QT+riparium
MountainPool is offline
Quote Quick Reply