(View User Tanks)
PTrader: (0/0%)
Join Date: Jan 2019
Posts: 97
Frog Week!
I'm an enthusiast of the frogs and toads of Pennsylvania and I've been working on conservation and small breeding projects. I legally obtained my animals and am filing for an educational permit to obtain only single digit numbers of specific frogs. I am working on two things one which is replenishing the native species from the place they occur. The other is to provide conservation and awareness of the native species. I am creating a small week long series of videos coming out daily like Shark Week from the Discovery Channel. I'm going to post them on my YouTube Channel as the source.

I am working with Josh's Frogs who is sponsoring the project on social media, paherpsurvey is asking for my findings and we have talked a little bit, the state fish and boat commission I am asking to interview them and they are aware of Frog Week. I know someone who enforces the fines and rules. I may be working with a branch of Carnegie Science Center. My school biologist who has a masters in Herpetology knows of the entire project and I work diligently side by side with him. I ask and run things by him daily. My vet who has worked in zoos and with Ripley's Aquarium is providing medical Care and information to me for my hats who I am attempting to breed so they can be approved from a nationally-recognized vet before we do anything including the environment. I also have been in contact with Frank Indiviglio who is a nationally known Herpetologist. Look up his articles if you Google him! He is awesome! I am working with another forum Our Reptile Forum to create caresheets and provide other educational articles.

My intention of the project is to make people care about the native frogs. That's why I have a YouTube channel and why I am on here to begin with. I want to help my area as best as I can and my goal is to reach the entire state of PA as my audience to educate them and interest them of frogs. Josh's Frogs will help push the project nationally and so will the forums. I want as many people as possible to checkout the project and hopefully to share it with friends and family to spread the word on conservation of frogs and toads!

Frog Week will be herping adventures of mostly Western PA this year and we will find various species and discuss them and their ecosystems. Along with herping I will have my 125 gallon on displaying and both Frog Week and my 125 gallon will have threads on here so you'll be able to follow them. My 125 gallon will feature my pets and a couple other native species pets will be on display.

The featured animals of Frog Week are American Toads, Wood Frogs and Gray Tree Frogs. My email will feature them as well. so it is about wild conservation and about captive educational care and showing interesting content to make people care about our frogs.


This is a picture of a Wood Frog. Their season for breeding is about done. 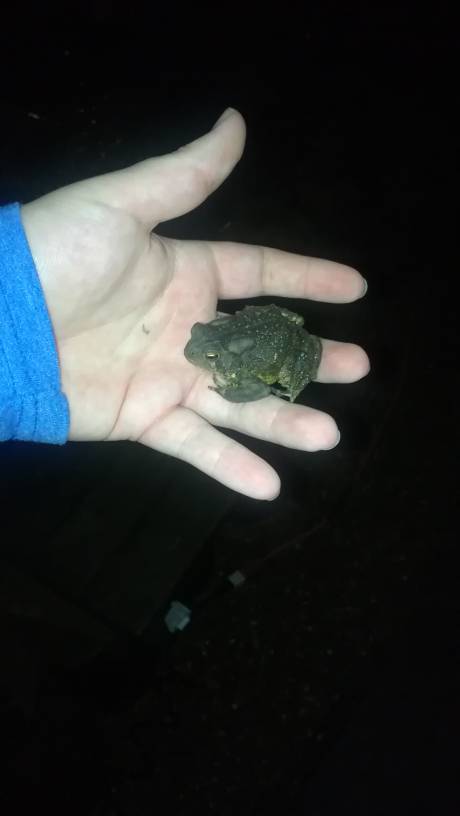 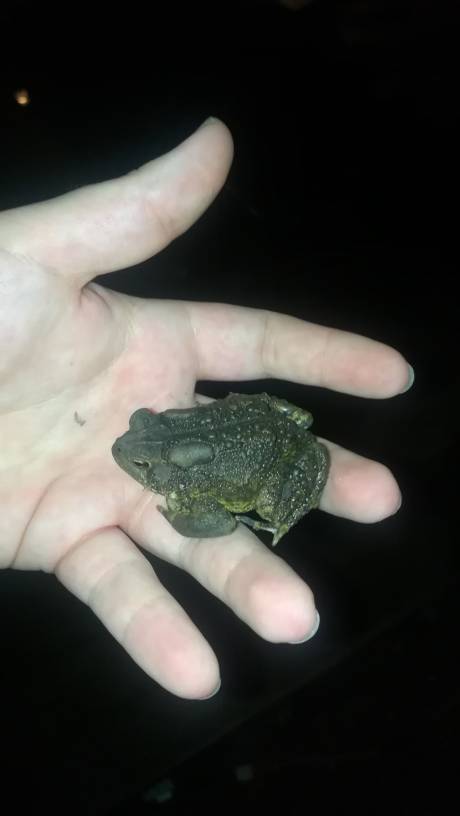 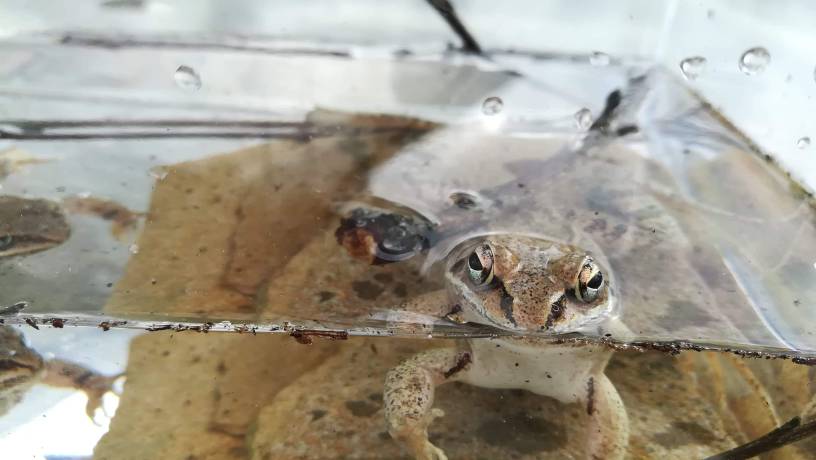 (View User Tanks)
PTrader: (0/0%)
Join Date: Jan 2019
Posts: 97
Quote:
Originally Posted by redneck joe View Post
i'm amazed at the amount of species there are. In high school way back when, i attended a seminar of Missouri frogs at the local library.
Love your name lol

Yes there are many species and I will be working with 3 of the most unique species in the northeast. We are going to look for some more tonight so maybe more pictures on the way!

(View User Tanks)
PTrader: (0/0%)
Join Date: Jan 2019
Posts: 97
Two major locations of Frog Week have a good bit of film done. We have seen many animals and in one place there is deforestation and in my neck of the woods it's steady. Some trees cut down but a lot of woods. I'm going to call my county and ask about the deforestation in one area and talk to my neighbor who owns the woods next to me and see what his plans are. The woods next to me is the most important part of my project and the other half of Frog Week. If frogs and toads have nowhere to go then how can we replenish their numbers?

The two part episode of the Western Woods will be very interesting to you and you will see many cool animals and hear about them and also what is going on with their ecosystem.

Tonight I was able to save 10 toads and bring them to my pond because they were so close to it anyway. I got them off the street and 10-15 I helped cross the road.

As for my pets Pious (male American Toad) who has been getting treated for nematodes and parasites looks to be recovering well and he's off medication right now but will probably have one more dose of dewormer before he can reunite with my female toad (hopefully his mate) Ace. Ace herself is doing great and the Gray Tree Frogs are doing well. Bane is chubby and happy he and Ace are worm free and you can see in their appearance! Christian the other gray tree frog is steady and he is going to be last of the toads and tree frogs to be treated since he's okay. Wellsboro the other male toad is going to start treatment Tuesday when Pious goes back for a follow-up.

Here are some pictures from Frog Week adventures 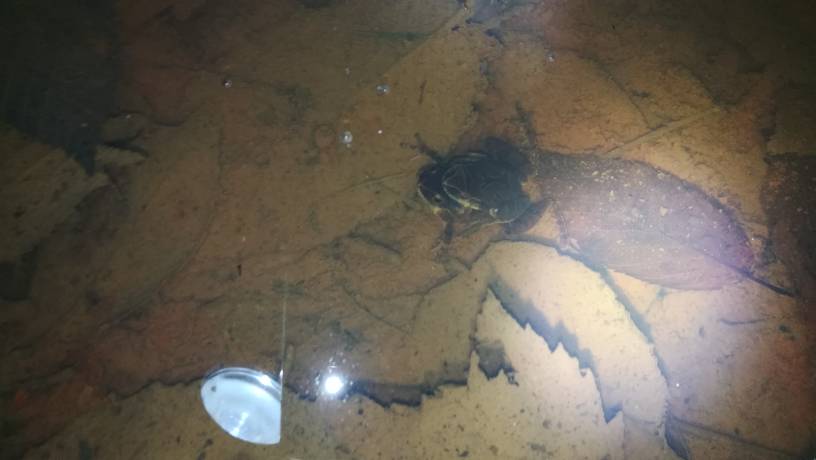 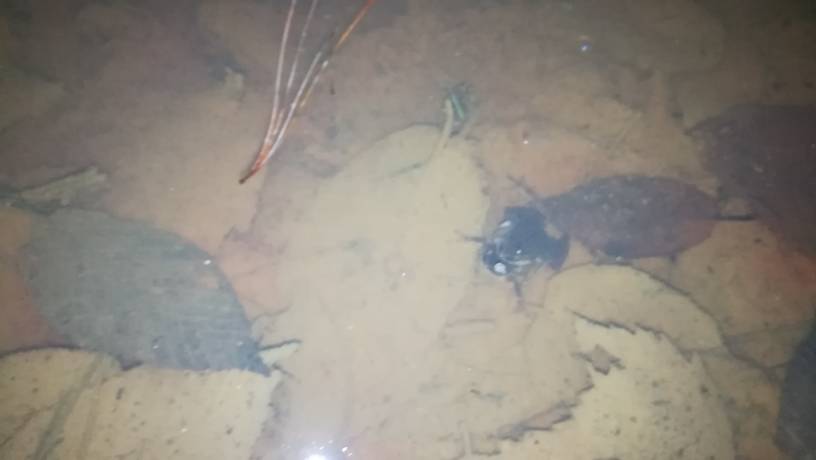 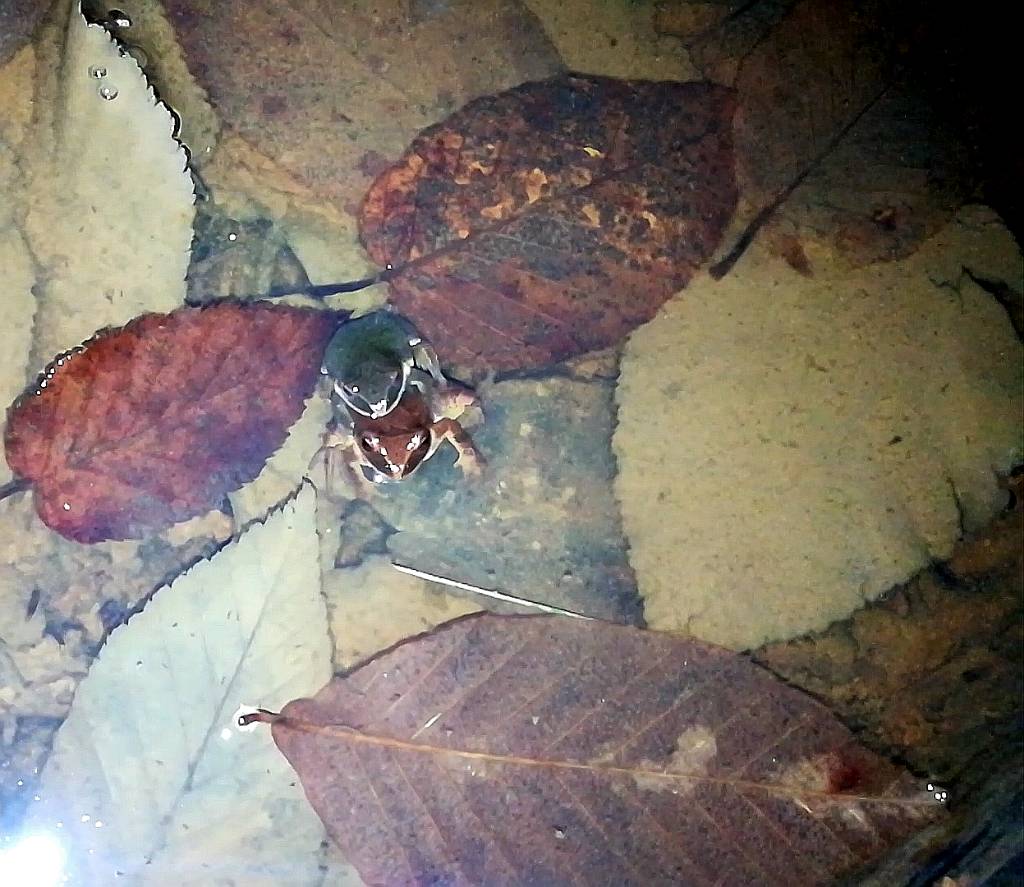 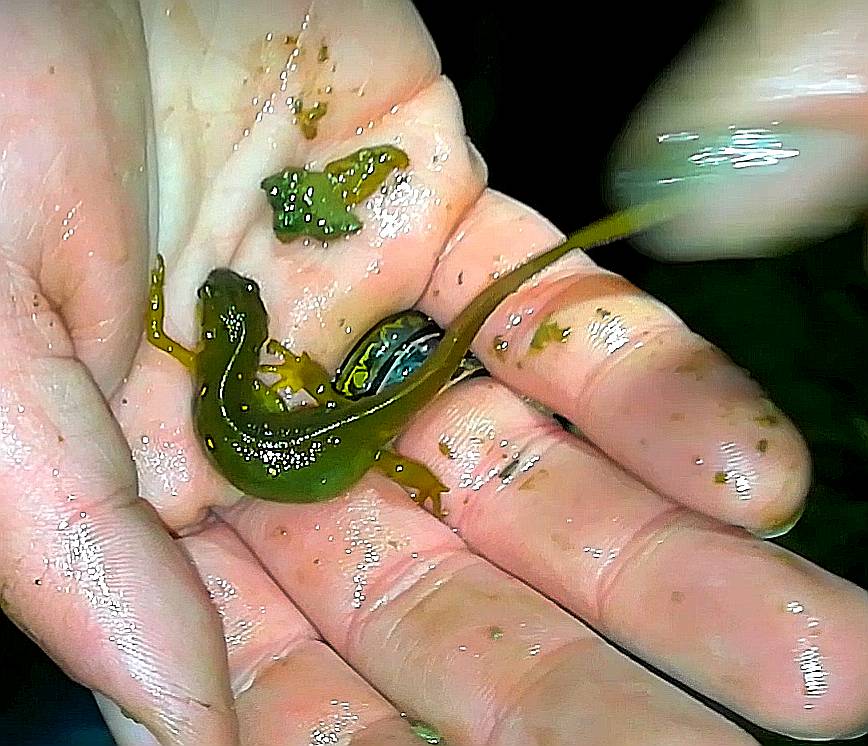 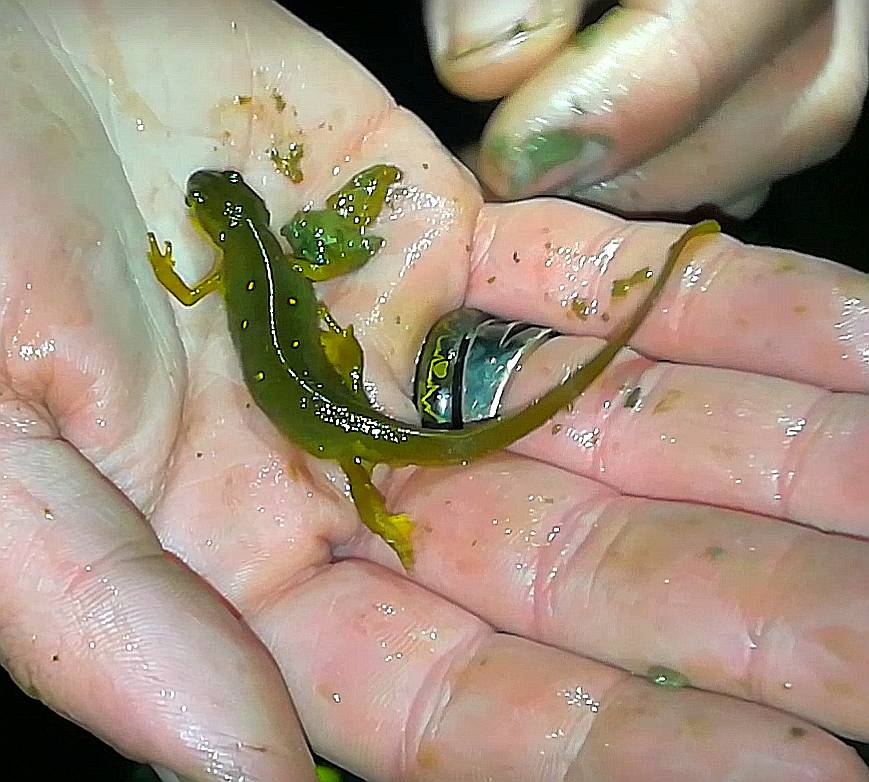 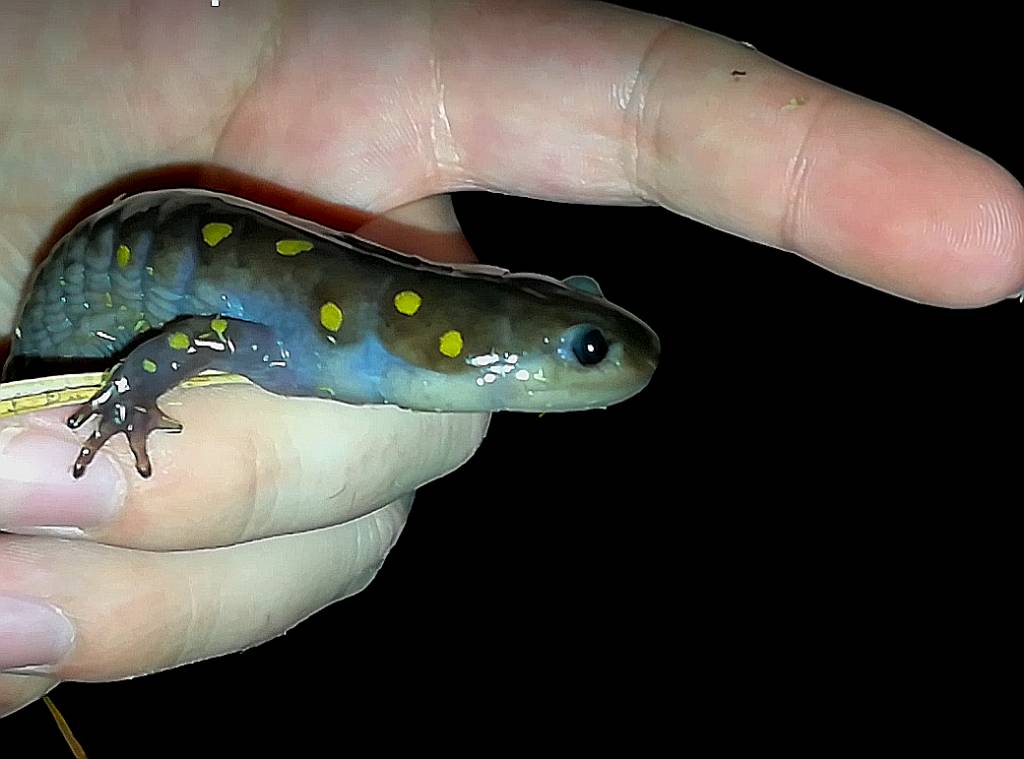 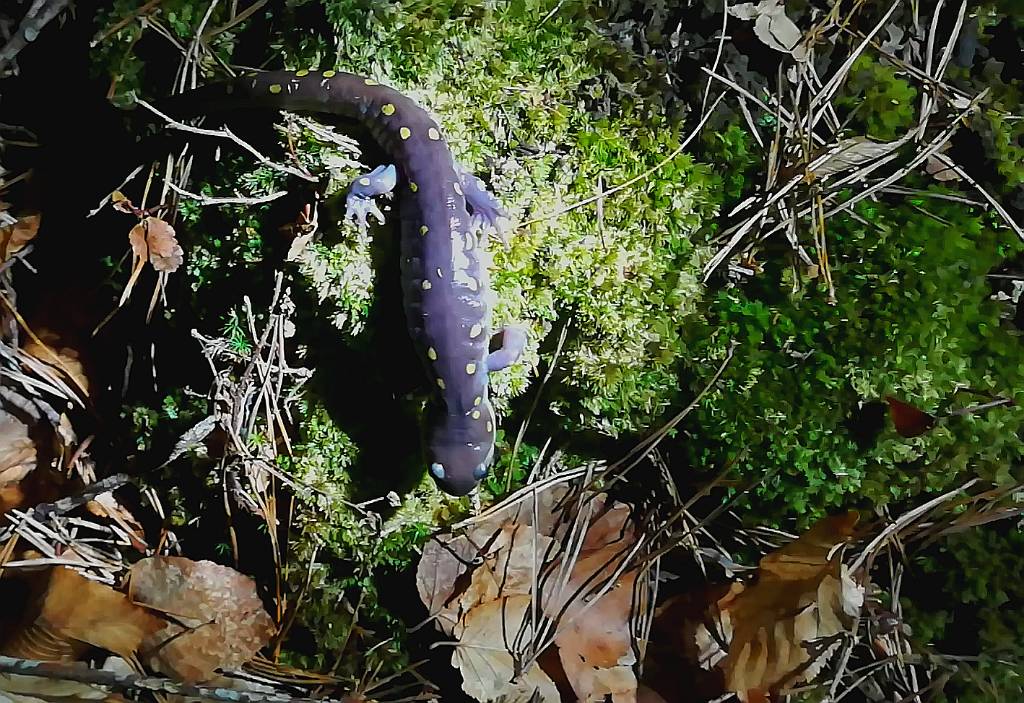 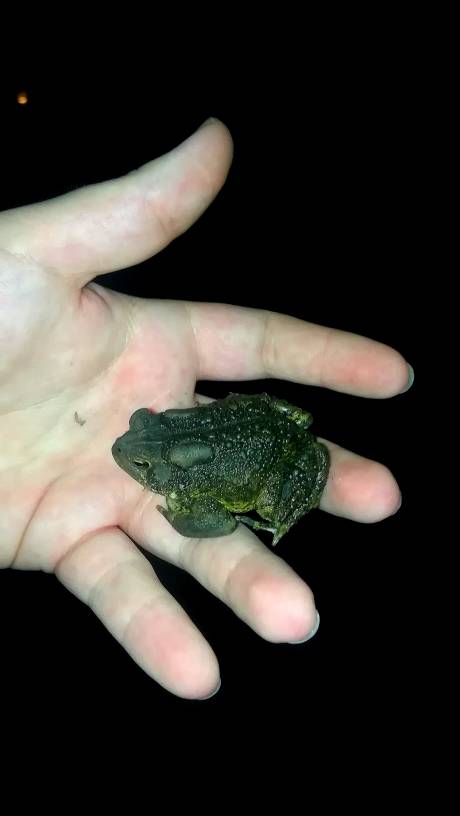 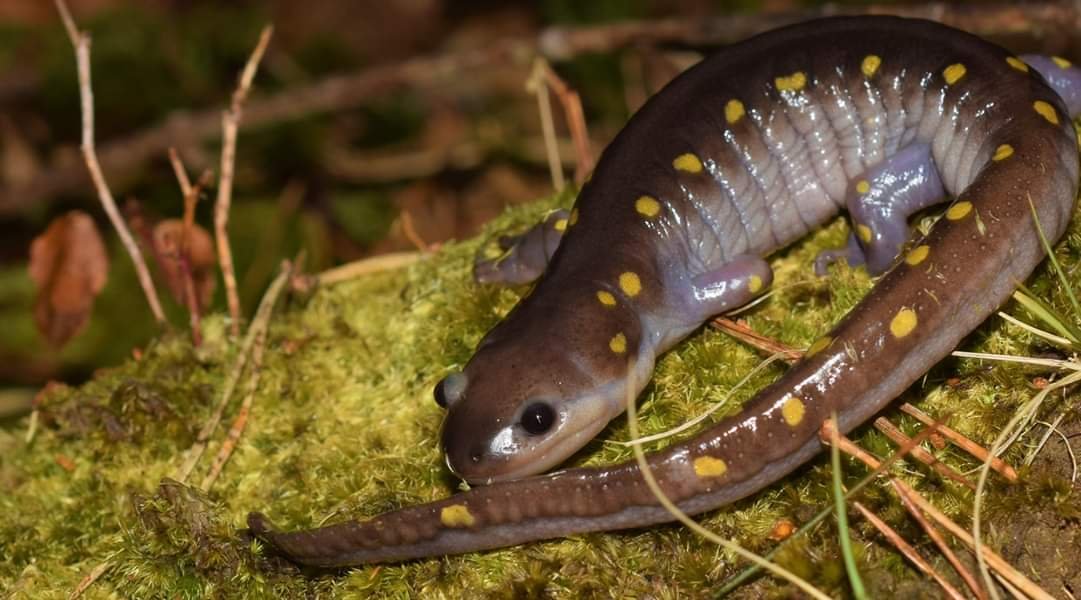 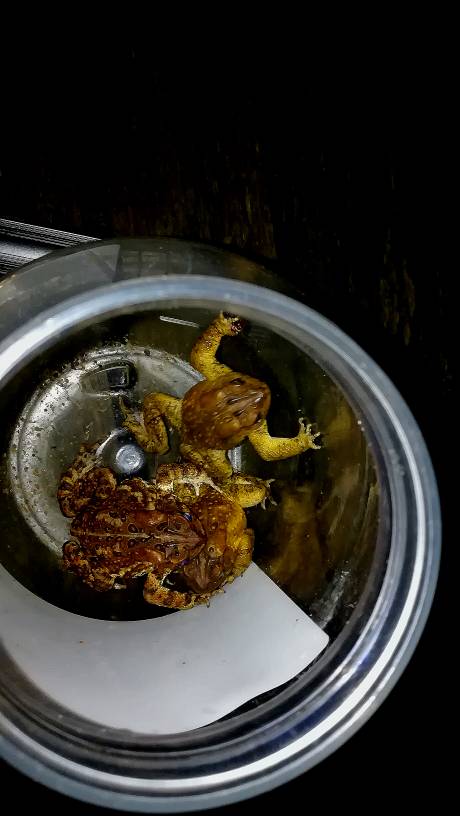 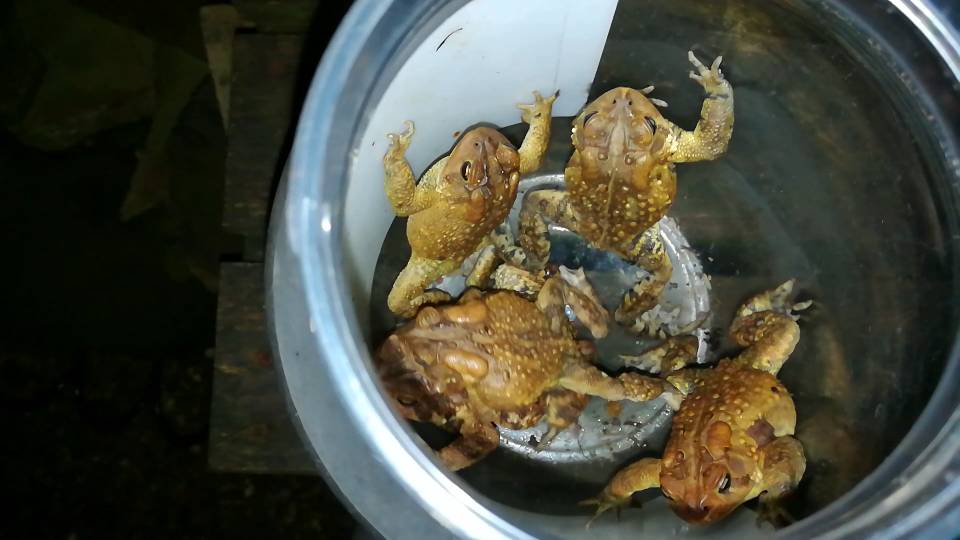 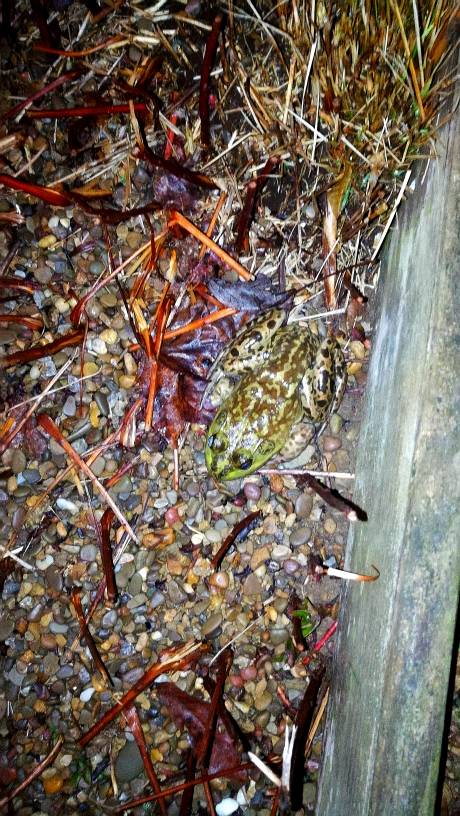 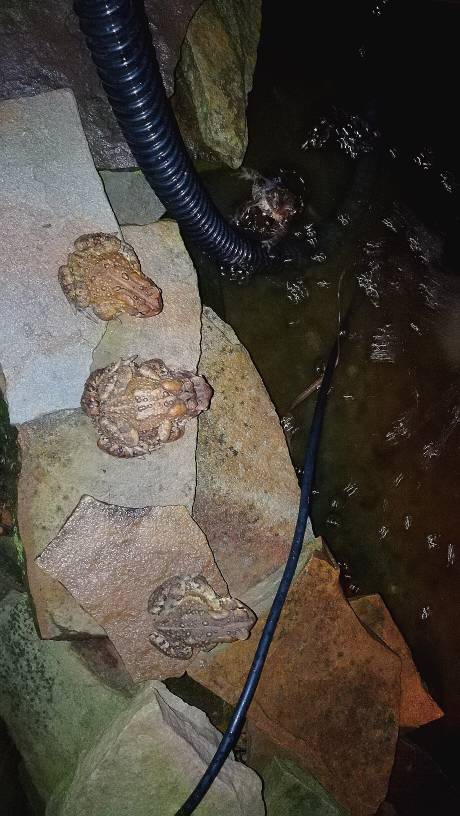 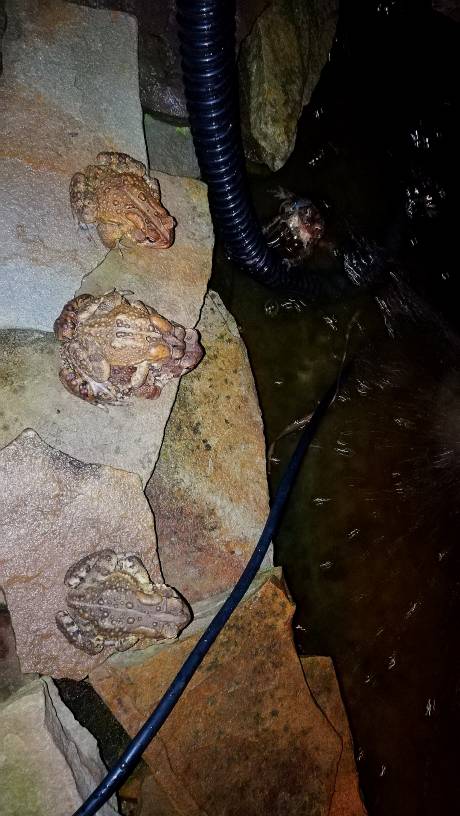 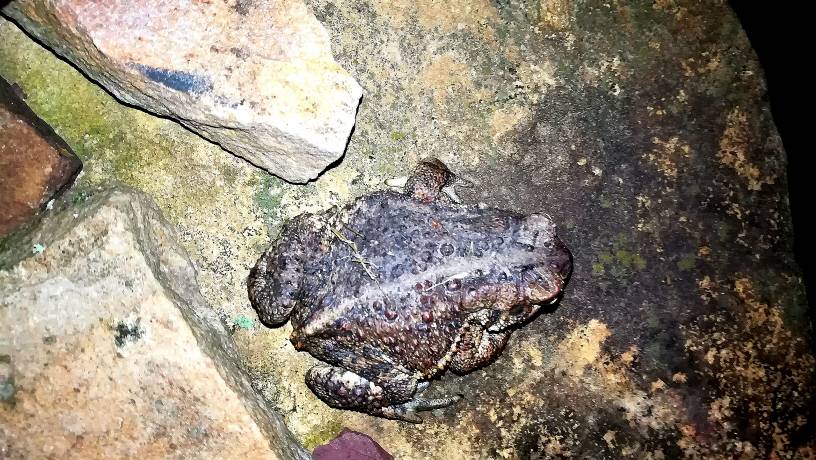 (View User Tanks)
PTrader: (19/100%)
Join Date: Jul 2011
Location: new york
Posts: 1,133
I am too interested in this, I think american frogs are the coolest little guys. I already have subscribed to your youtube channel a while back and am looking forward to more content!
PA Woods Vivariums likes this.
To view links or images in signatures your post count must be 10 or greater. You currently have 0 posts.


To view links or images in signatures your post count must be 10 or greater. You currently have 0 posts.
xjasminex is offline
Quote Quick Reply
post #10 of 27 (permalink) Old 06-26-2019, 11:25 PM Thread Starter
PA Woods Vivariums
Algae Grower

(View User Tanks)
PTrader: (0/0%)
Join Date: Jan 2019
Posts: 97
Quote:
Originally Posted by xjasminex View Post
I am too interested in this, I think american frogs are the coolest little guys. I already have subscribed to your youtube channel a while back and am looking forward to more content!
Quote:
Originally Posted by redneck joe View Post
anything new?
Since I didn't see these comments and I feel bad for not responding I'm going to post the trailer for Frog Week tonight. It's because of you guys responding that I am. Because I am thankful for the support!

(View User Tanks)
PTrader: (19/100%)
Join Date: Jul 2011
Location: new york
Posts: 1,133
That footage you have is super freaking cool! Im looking forward to it even more.
To view links or images in signatures your post count must be 10 or greater. You currently have 0 posts.


To view links or images in signatures your post count must be 10 or greater. You currently have 0 posts.
xjasminex is offline
Quote Quick Reply
post #15 of 27 (permalink) Old 07-15-2019, 06:09 AM Thread Starter
PA Woods Vivariums
Algae Grower

So I'll end with Frog Week to add suspense...

The update for the Gray Army is that they are very soon to all be united! All 5 Gray Tree Frogs will be dewormed and clean to live with each other. Bane and Christian are together and the three new tree frogs are together. So it will be really fun seeing them together and I will be able to include them in future videos for a little bit until they hibernate in the fall. I'm so excited to build the 20 gallon high even though a temporary quarantine for them it will be made so the frogs can have space and I'll be able to invest in plants again for them! Everyone has had it rough recovering from the nematodes but they will soon be an afterthought. Then we will be talking about the Biopod Grand made to accommodate Gray Tree Frogs. 90 gallons to one of my favorite animals! I will be so happy for them and for the mosquito fish who haven't had a home for years waiting in a 10 gallon for the day they would once again live in a large setup. Next year both the Gray Army and Mosquito Fish will be happy.

Wellsboro is finally adding weight and oh my! He is the biggest male toad I've ever seen. Period. He's enormous! He's even grown since being recorded for Frog Week! No news except he's rebounded and will next year be given a large home. I'm thinking slightly larger then the Gray Army, but not by much. My goal is to have every enclosure above 65 gallons for every animal. I have 3/5 enclosures already there.

Ace and Pious have made big progress! Ace seems to be okay from the prolapse and the warmer temperatures suit her well. She's doing much better and in my opinion is the most active and photogenic toad ever. I am very proud of her because she came through so much adversity and still is the same personality and toad that I love. Pious has been recovering from the dewormer it seems he doesn't handle it like Ace and I'm assuming it's because he's not as heavy as Ace so it's harder on him. Pious is doing good and he's still laid back like the toad we all love. He's very calm and is the opposite of Ace. But that's why he's necessary because we see that even toads have different personalities. Ace and Pious have gained massive and healthy weight! Ace was 34 grams in December and Isa whopping 76! Pious was I believe in the 30s as well and is 50 grams! Some plump toads! You will finally get to see Ace and Pious in Frog Week as I have not shown them on camera for a long time for a reason. I wanted it to be a special occasion and for the world to know that these two toads are a story of triumph through trials. As are Wellsboro, Bane and Christian who have had the nematodes as well. The only thing standing in these animals way is hibernation which I will be researching for them and for school. It will be done with the advice from experts and if it is not successful then it will really be rough, but for myself and what I'm trying to accomplish with allowing these toads to do is necessary.

Frog Week is July 21!
It feels like lot g ago when I announced the project last winter! I didn't know how to start or the direction it would take but I do now and I believe you will all enjoy the week of videos each day. There will be 15 videos and they will all be featuring The frogs and toads of Pennsylvania! I hope you will watch Frog Week!

Some big news coming after Frog Week so check back soon! 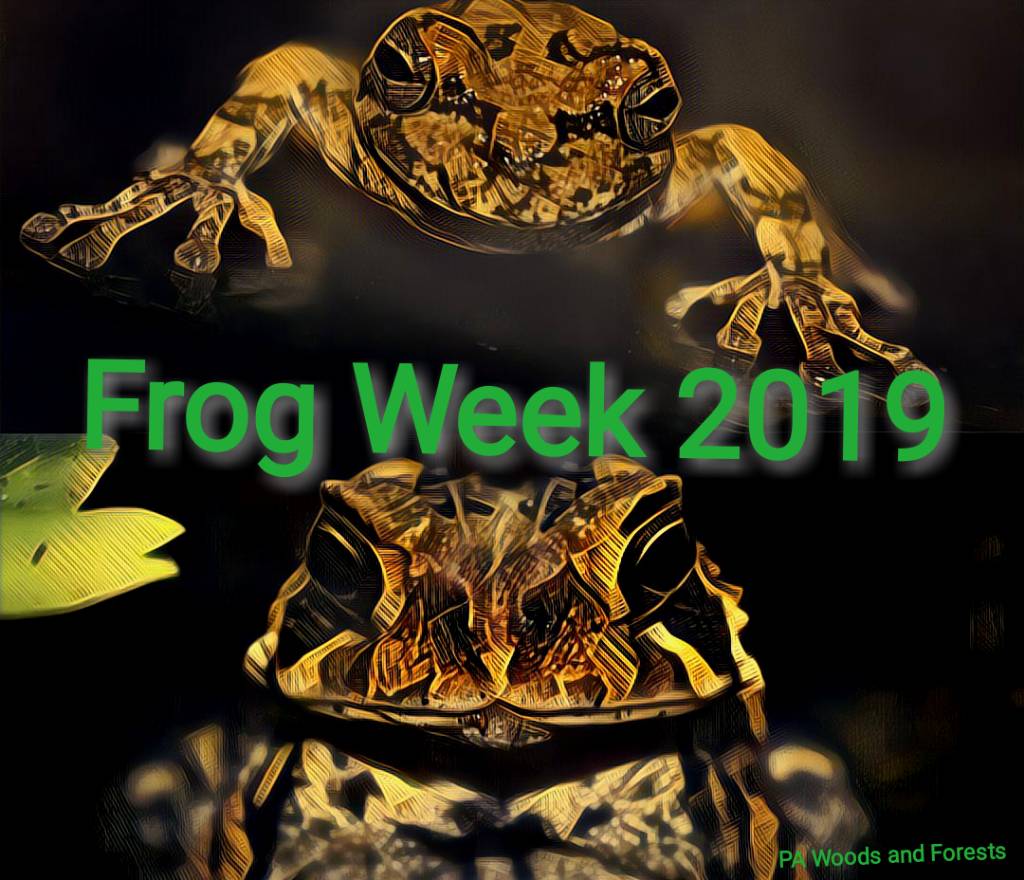