Want to add:
Anubias nana "petite"
Cryptocoryne parva
Hydrocotyle tripartita sp. Japan
Hemianthus callitrichoides
Just have to find a place to buy here in Canada as none of my LFS have these in stock right now.


I have a livestock order coming in sometime next week so I'll be adding them soon. I hope to have the layout complete so I don't have to disturb them as much with changes.

I have a few plans for the tank as I go along:

New light as the finnex I'm borrowing. I'm thinking the Ecoxotic E Series or a Satellite Planted+ Pro. Have to decide which one.

Right now I'm dosing Excel for carbon but have a regulator on the way, should be here in a couple weeks, and I'm sourcing out the rest of the equipment for pressurized CO2.

Here are some tank shots. It has been setup for a few weeks. I'm not sold on the hardscape layout and I threw the plants in there to get them growing so they aren't in the final layout spots. 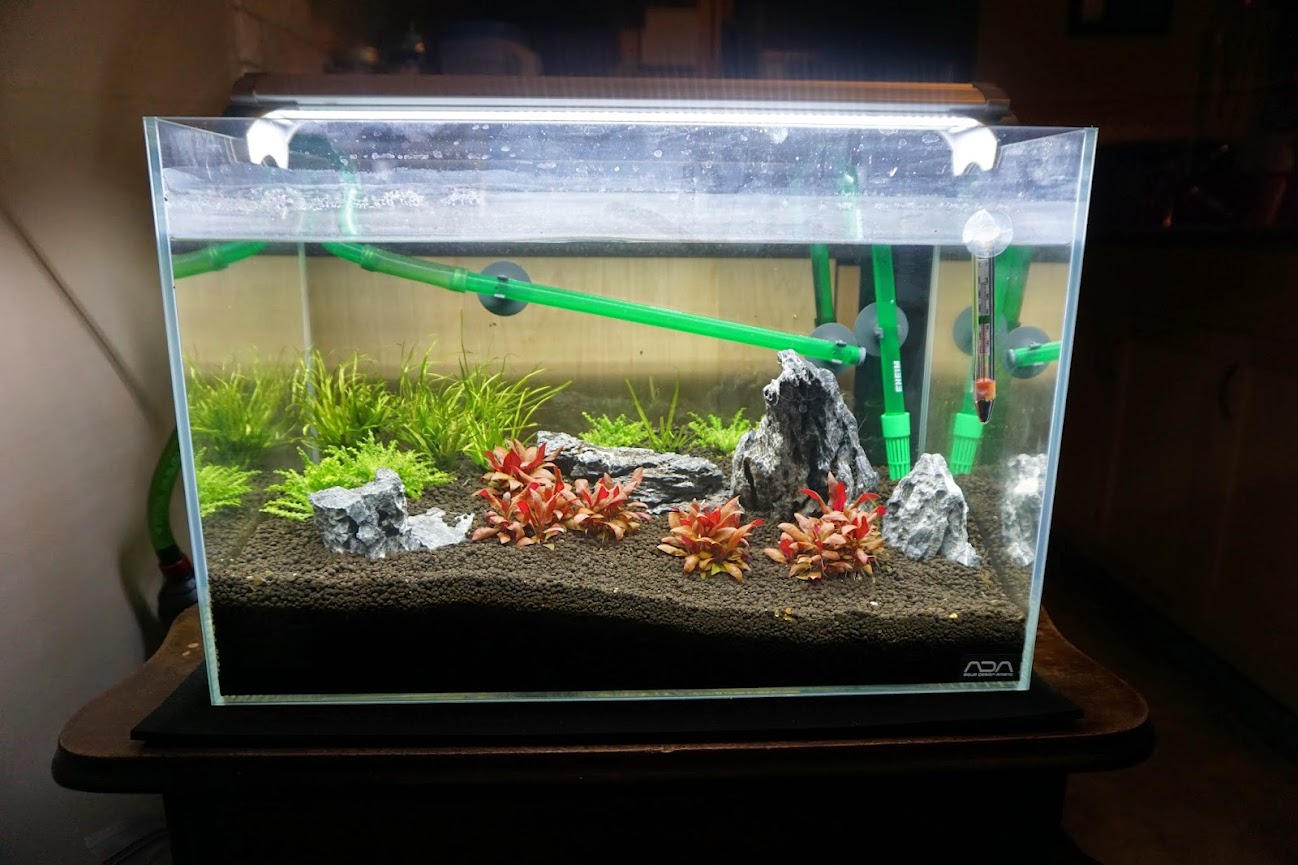 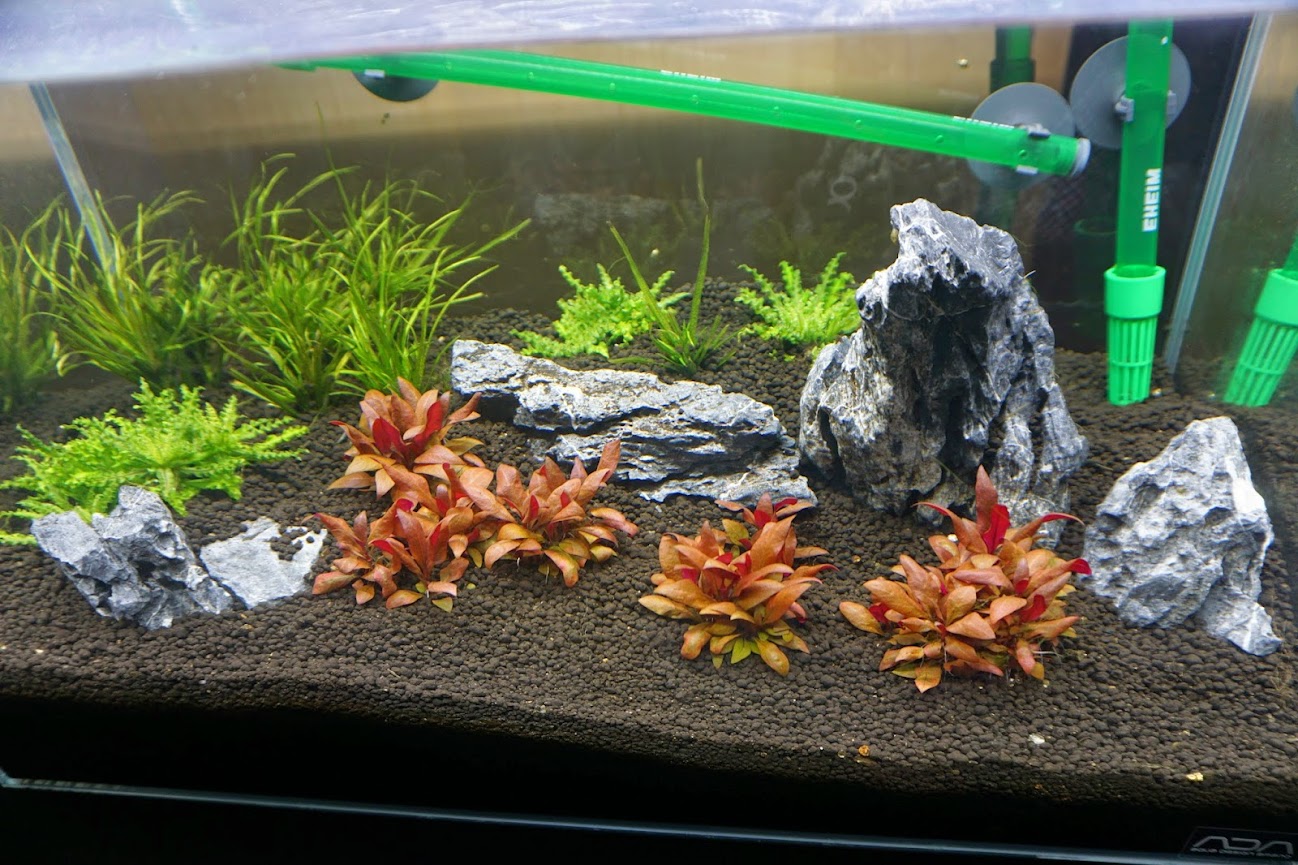 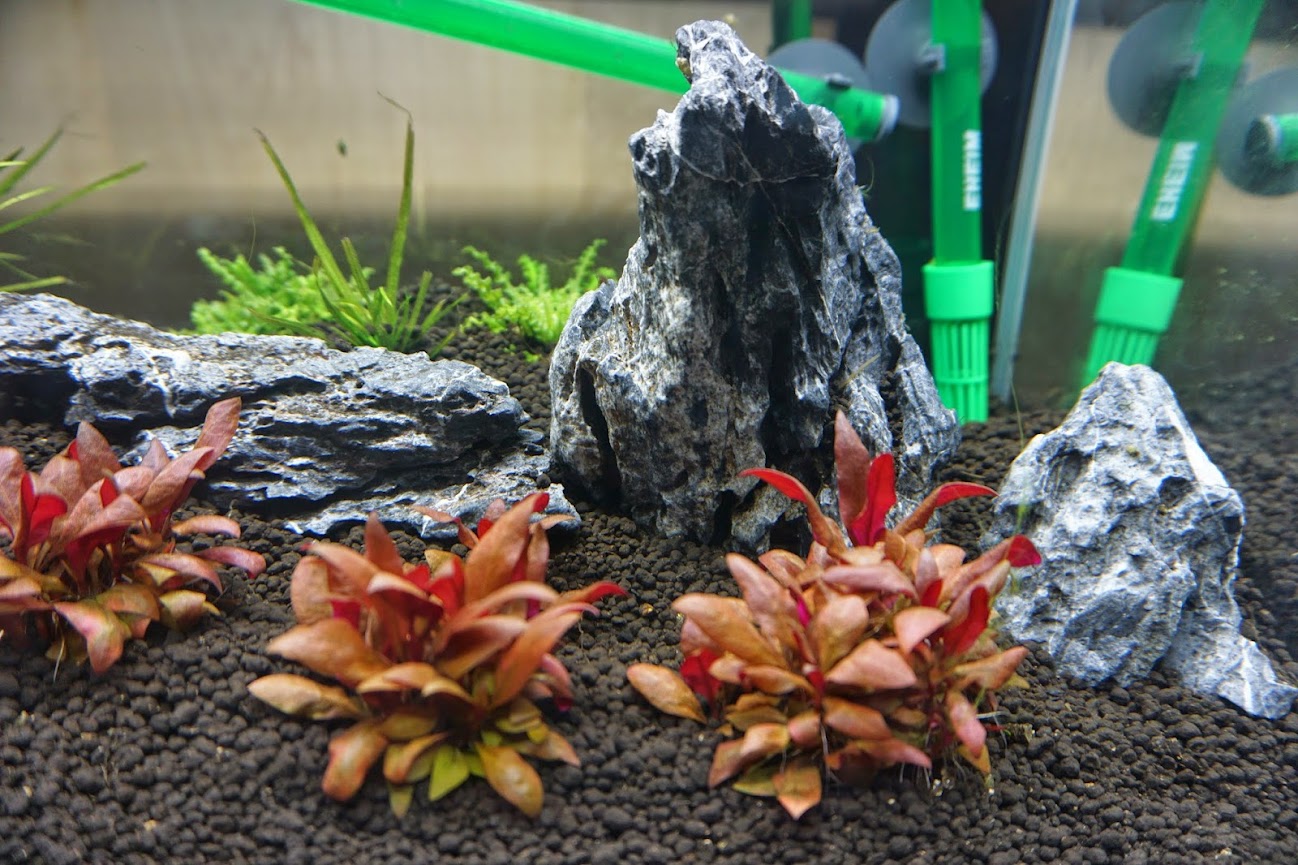 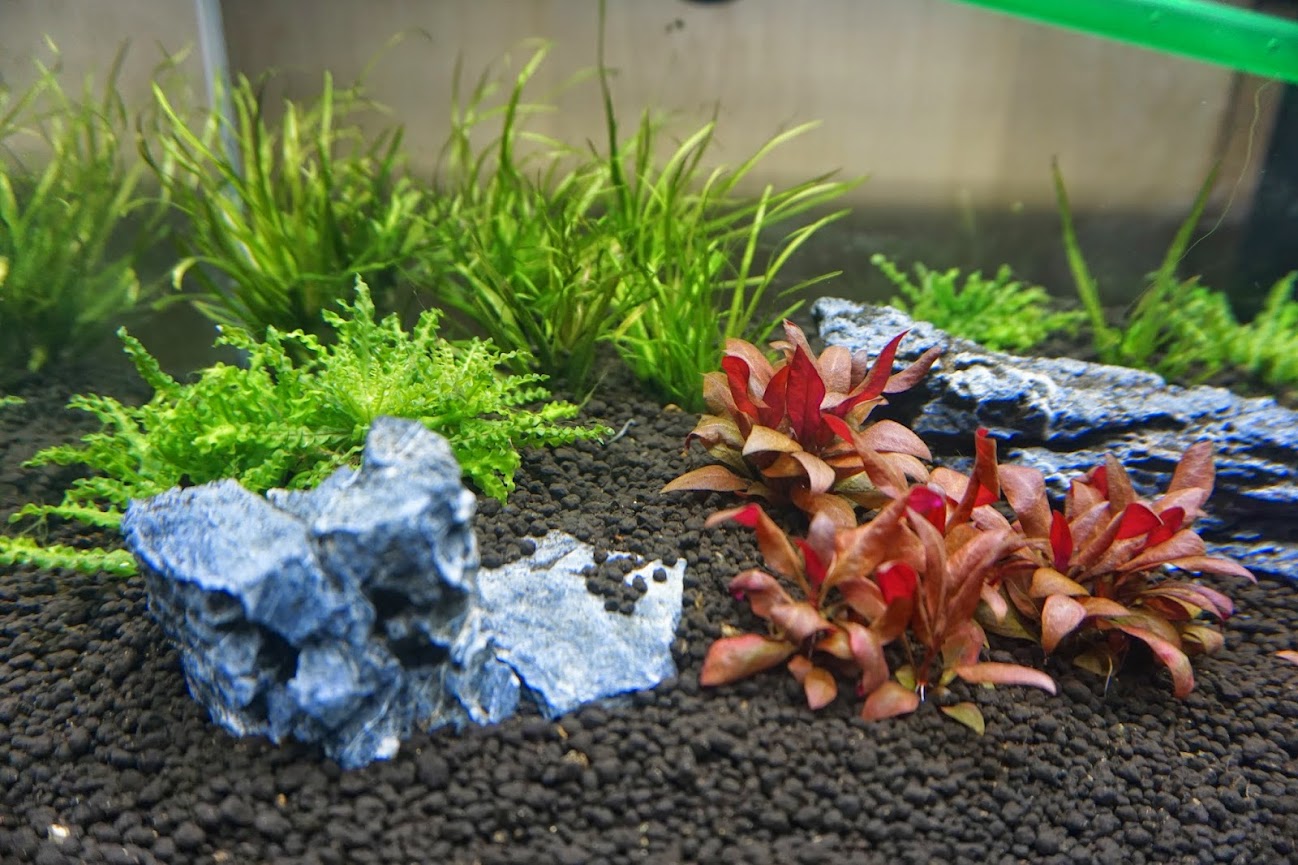 (View User Tanks)
PTrader: (0/0%)
Join Date: Jan 2011
Location: Alberta, Canada
Posts: 40
Quick update: tank seems to be doing well just a bit of hair algae here and there so I've reduced the photo period by a few hours to keep it in check. I've also ordered 10 CPDs and 10 red cherry shrimp and they should be here in two days!

I also took out the rocks from the tank to play around with the layout as I wasn't really happy with the way they were. Here are a few layouts:

Any comments on which one you like better? I'm leaning towards one of the first two. I like the height and interest they create.
Azrie is offline
Quote Quick Reply
post #4 of 6 (permalink) Old 02-06-2015, 04:21 AM
FlyingGiraffes
Planted Member

(View User Tanks)
PTrader: (0/0%)
Join Date: Aug 2014
Location: Florida
Posts: 466
I like layout 4,but you have to move the little stones more to left and spread them uneven out

To view links or images in signatures your post count must be 10 or greater. You currently have 0 posts.
Powerclown is offline
Quote Quick Reply
post #6 of 6 (permalink) Old 02-19-2015, 05:02 PM Thread Starter
Azrie
Algae Grower 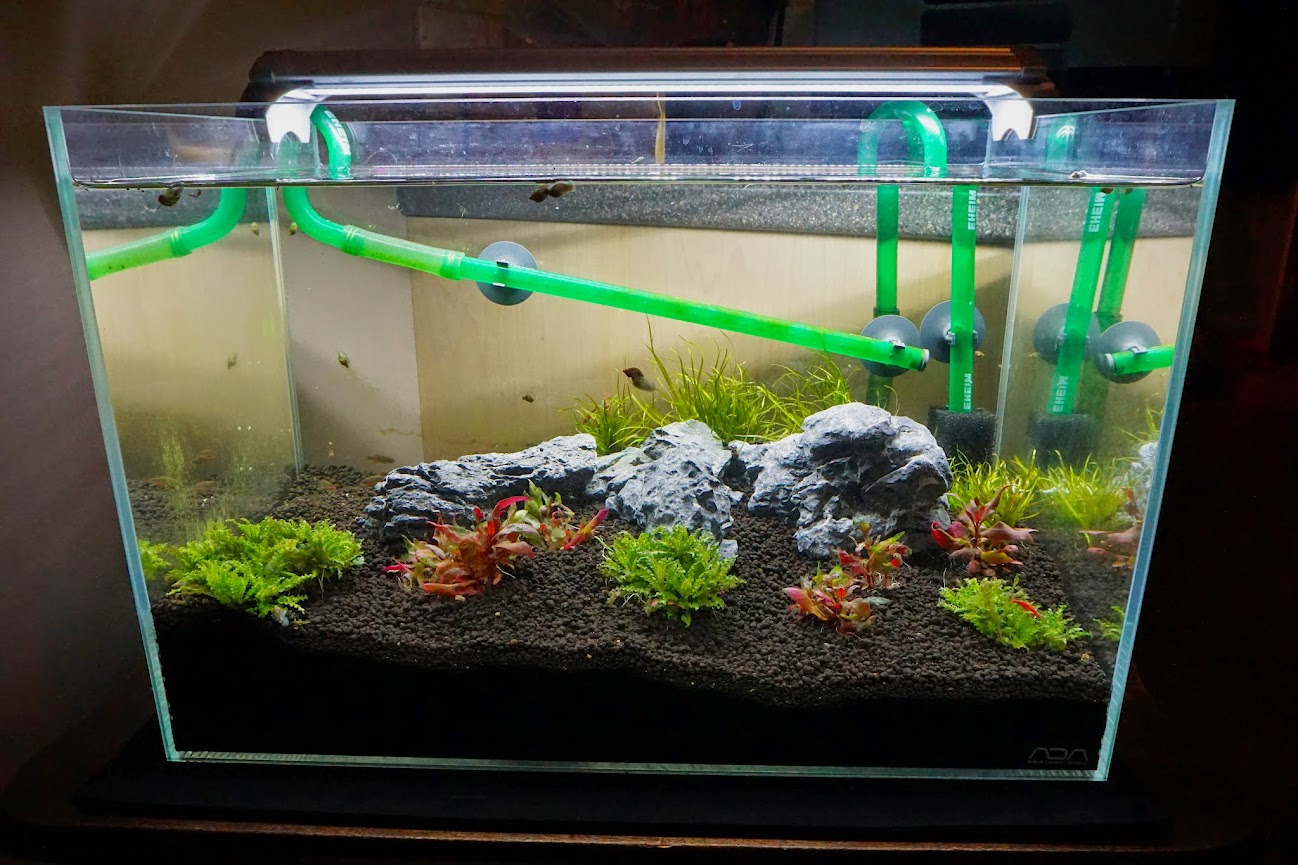 Changed the layout to something a little different. I think this adds more interest and depth. 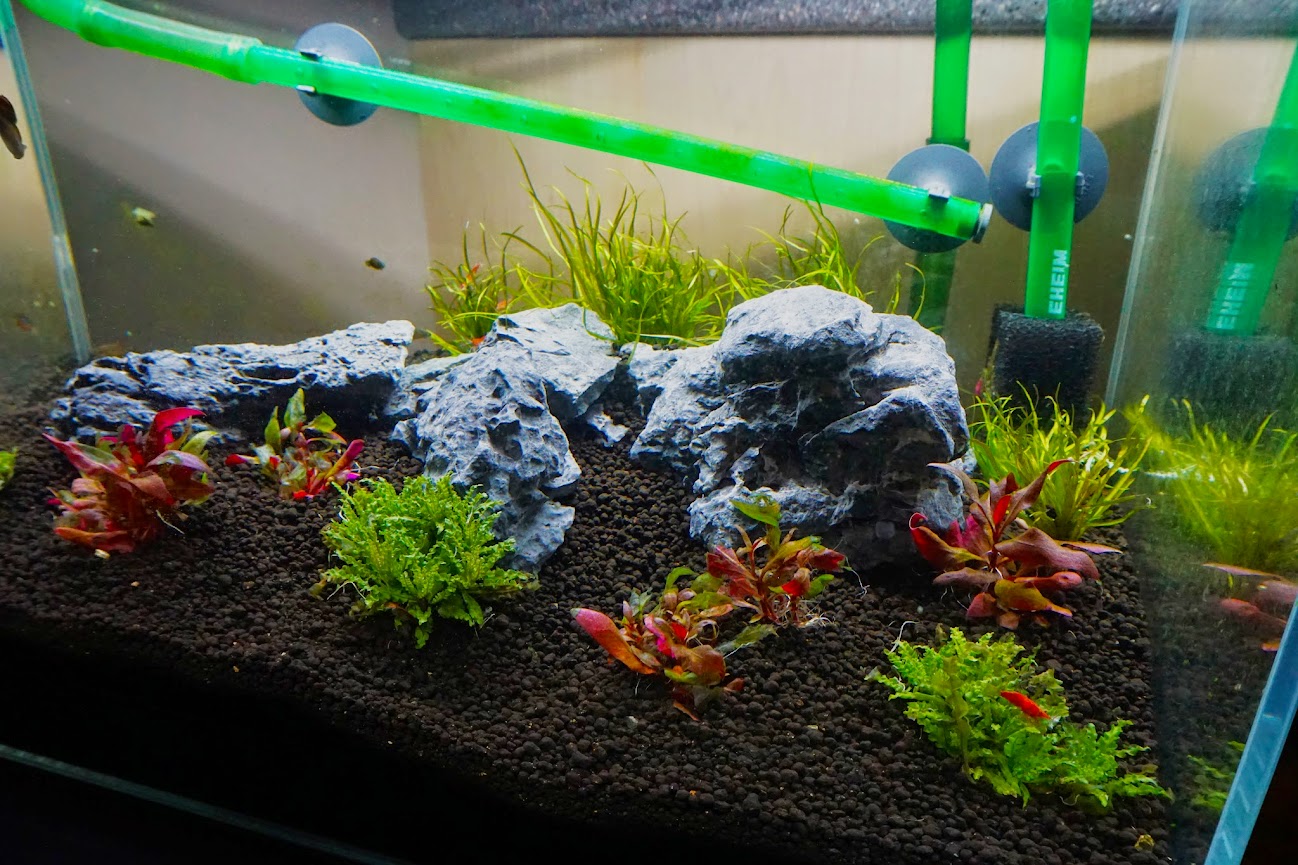 Added 10 CPDs and 10 cherry shrimp. So far the CPDs are doing well but I lost about 4 shrimp in the last week. I think it was a combo of water parameters being off and a couple being eaten by the CPDs. 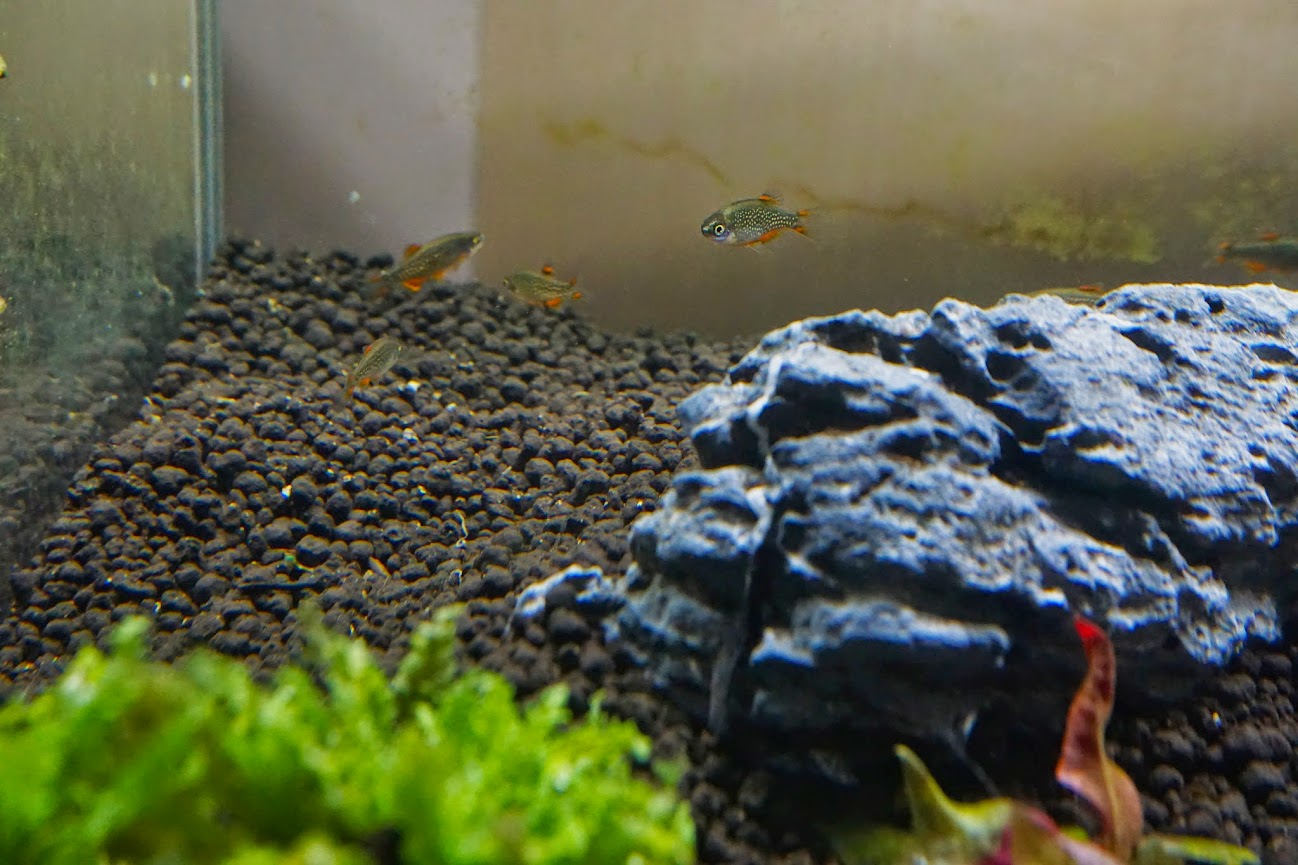 The A. Reineckii Mini has melted a little along with the downoi. Having a bit of green algae on the glass but nothing too major. Snails are also exploding in population. 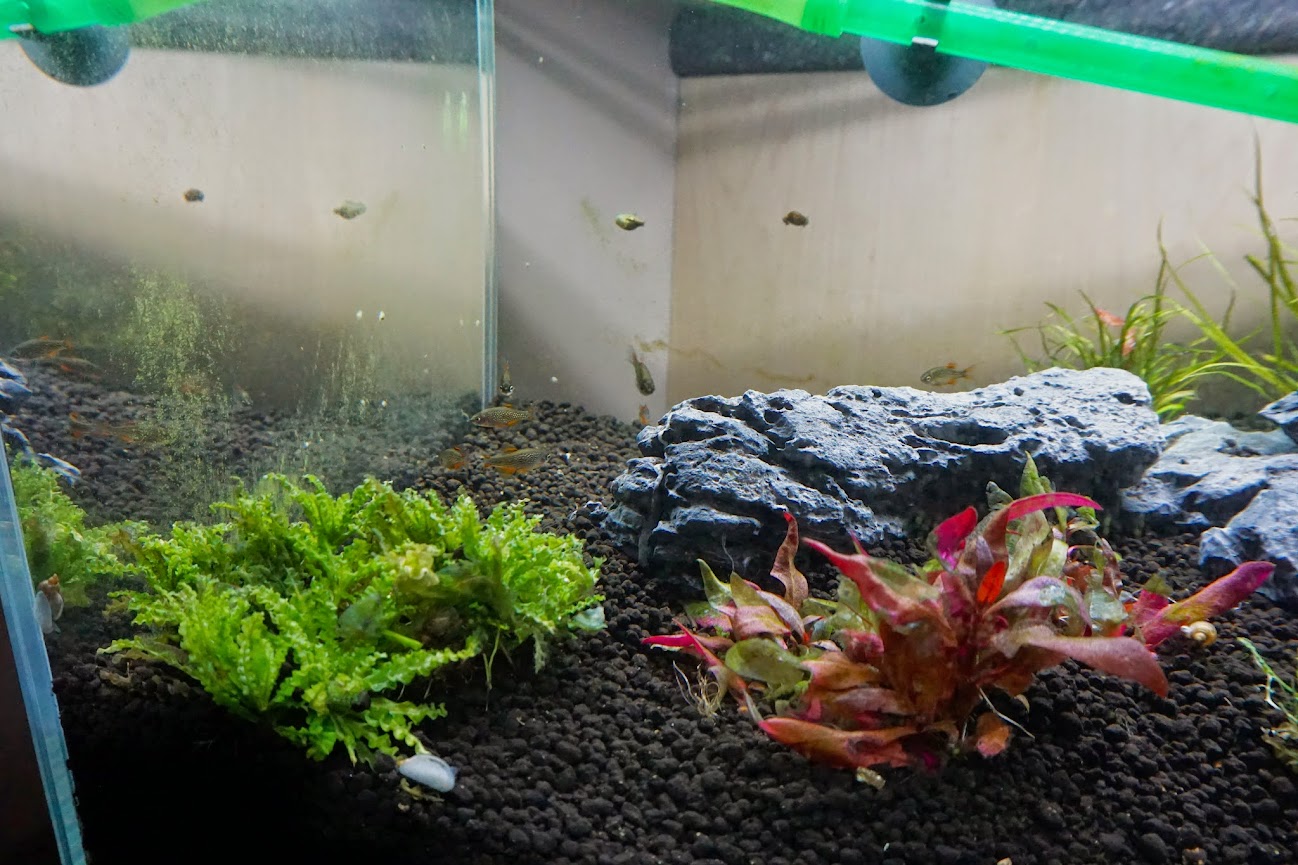 I'm hoping to fix the plant melting with CO2 being added soon and start dosing ferts. I kinda don't want to add ferts before the CO2 and risk an algae bloom. Just have to wait for my regulator to come. Should be here in a week or so! 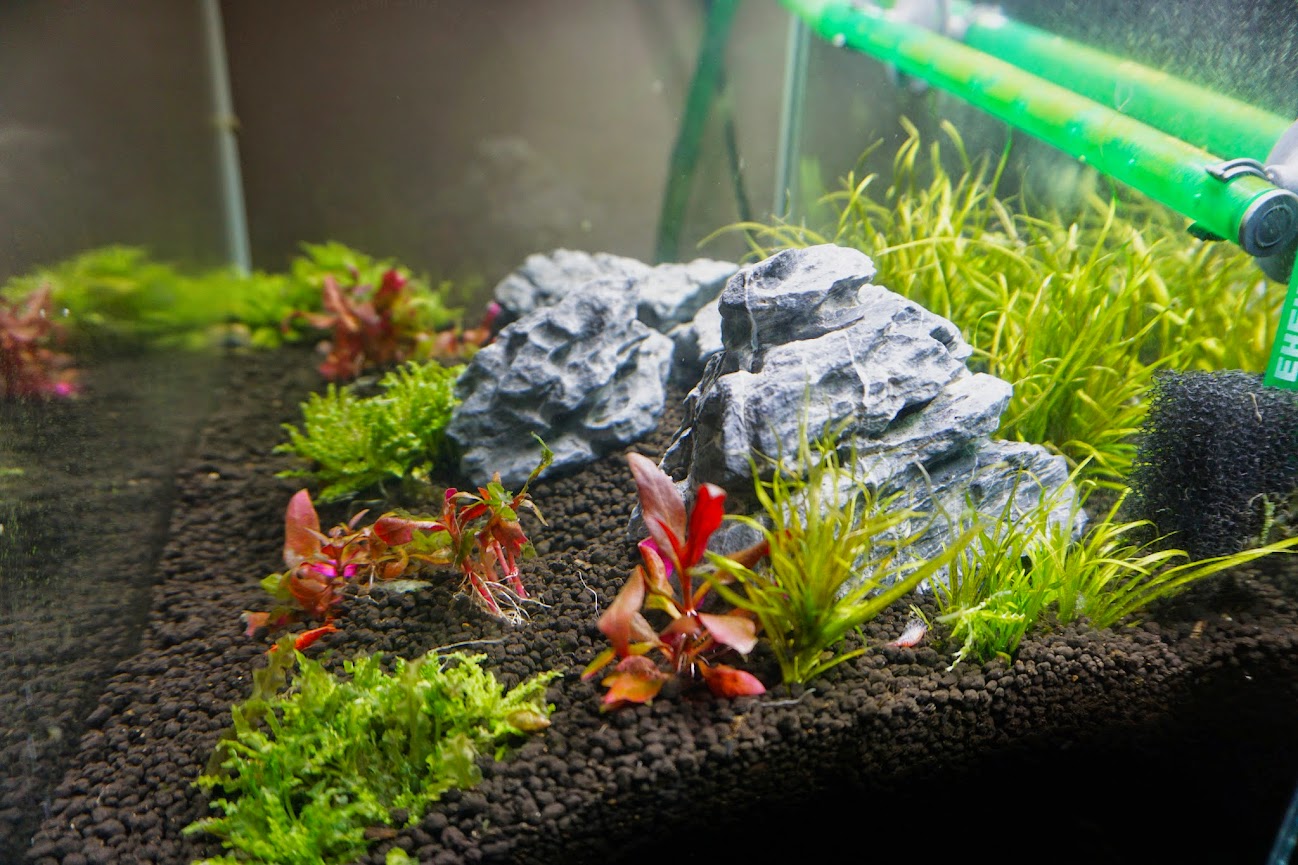 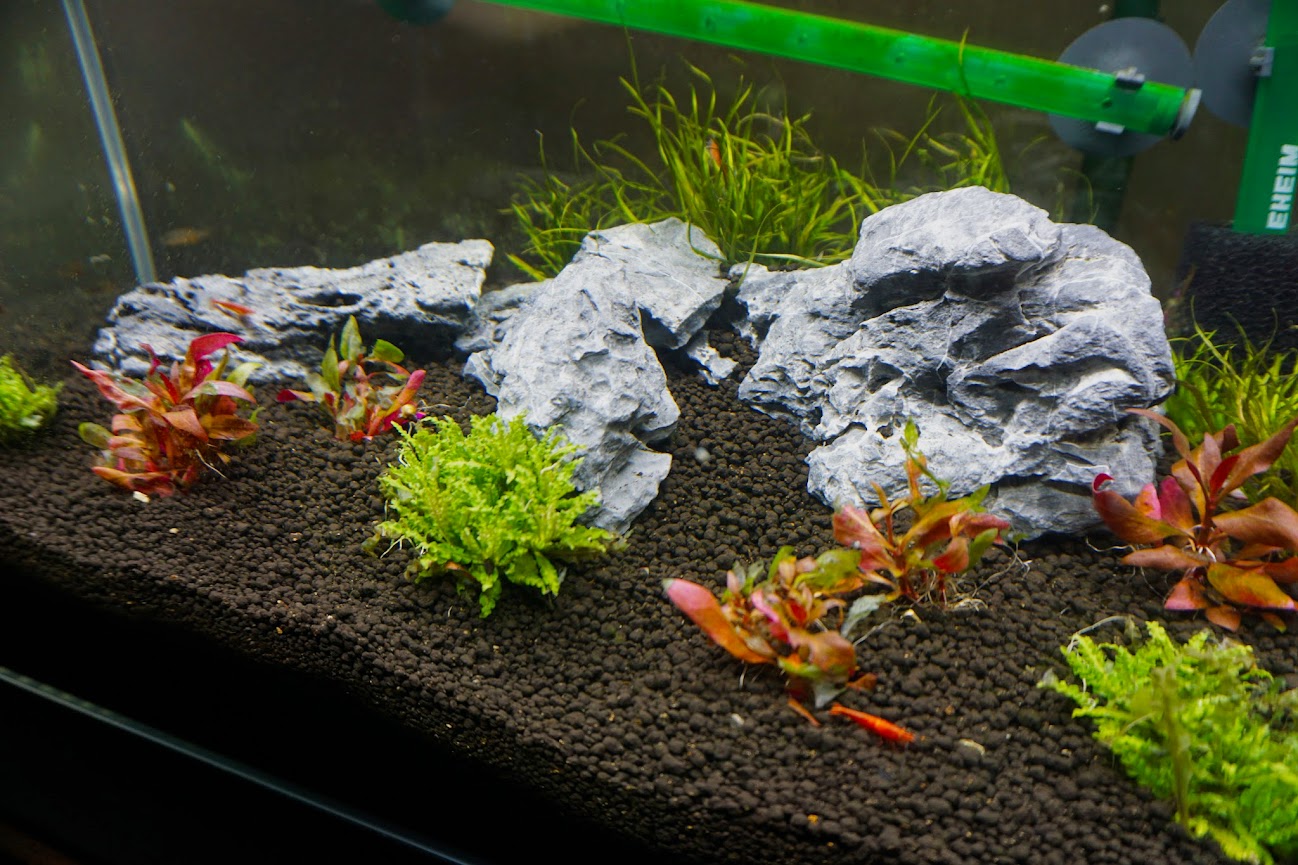