How many doses per week and do you change 50% water weekly or more?

(View User Tanks)
PTrader: (2/100%)
Join Date: May 2008
Location: Novi, MI
Posts: 4,724
Quote:
Originally Posted by Xiaozhuang View Post
haha only for plant centric folks... the asians like aquascaping and many don't really care for plant variety all that much (surprisingly). But it has to do with how the hobby has been introduced in one region vs another. Think about the Japanese garden approach - with the top consideration being naturalistic and plants blending with environment. Many folks here don't bother much with exotic or colored plants, there are plant enthusiasts but they make up smaller portion of the market. See how the average Japanese salary man dress vs a marketing executive from France... different archetypes.
This is an interesting point, and I saw you mention it on one of the FB groups recently. You suggested that folks bring more hardscape into their tanks.

The funny thing is that folks like me started with more hardscape, then over time it got removed and replaced by more plants.

I am sure like you said it has something to do with culture. Personally I love looking at nature aquascapes, but have no interest at all in creating one. To me, they look like a work of art, but then what?

So I guess you would call me plant centric. I enjoy the evolving nature of the plant mix and presentation over time. I love trying new plants and love seeing a flowery stem in it's glory. Heck I just enjoy growing plants!

Amano's own backyard garden:
Subtlety and naturalness chosen over "showy plants/bright colors". Truely inline with japanese philosophy and approach towards appreciating nature - where it is allowed to freely express itself rather than be manipulated and controlled by man. This is quite opposite to the western approach of artificially arranged gardens.

To give a quick example of some of the influences in Chinese/japanese approach to aquascaping specifically. Super abridged version;
In mandarin we use different terms for cultivating aquatic plants (种水草-meaning grow water plants) vs aquascaping (造景-creating of landscapes/scenery).
Super simplistic interpretation; Just growing stuff is banal, peasant work, while creating landscapes carries artistry as it requires understanding of artistic & cultural elements, organizing elements as part of a whole. Historical connotations of old social structures where farmers were kinda bottom of the pyramid followed by workers, then "scholars" who governed were the ones that have free time to indulge in art and other aristocratic pursuits. To understand art itself requires study, a deeper understanding of compositional and design principles. Sense of natural placing of plants and hardscape - which comes from understanding nature's organization. Ties back to eastern philosophy of knowing's one's place in the universe, working with nature, seeing the big picture & environment. Seeing/appreciating the passage of time. Having plants grown in and merge with the hardscape is one such effect.

In short, what would they think of farm, dutch tanks ? Unsophisticated child's play that is focused on cheap gimmicks of color and novelty, rather than focusing on higher values of overall design/organization/composition, understanding of natural order, subtle composition etc. (exaggerated to show the point in a short passage)

There are of course plant focused folks in asia and folks that straddle both sides. Generally, most folks look to do aquascaping rather than just grow plants well though.
Greggz, LRJ, Immortal1 and 4 others like this.
Regards, Dennis

47g Journal of sorts
To view links or images in signatures your post count must be 10 or greater. You currently have 0 posts.

In short, what would they think of farm, dutch tanks ? Unsophisticated child's play that is focused on cheap gimmicks of color and novelty, rather than focusing on higher values of overall design/organization/composition, understanding of natural order, subtle composition etc. (exaggerated to show the point in a short passage)
.
tell us how you "really" feel!

ok ok, at risk of being labelled as a troll for taking things out of context, i will have you and anyone else who may misunderstand my post that i did read yours a few times over and actually sat on it for a while to figure out what bothered me on my first reading.

i first thought, oh you dismissed lowly plant growers and i was going to write a post about the importance of farming, who knows nature better than the farmer, but thats not right. industrial farming has taken nature out of the equation.

then, i thought, was it the aristocracy vs the commoners? the elitist i have time for artistry take? no, clearly, we all have some time for this hobby.

perhaps its the glaring spotlight on my own lack of observance for the finer points of art. i think thats it. if I'm to grow, I should not get defensive over the obvious note on my deficit.

but no, i think i figured it out. i think its the eastern view that the west is uncultured swine

a dutch scape, or western gardening should probably not be dismissed as mere man controlling nature, err, well perhaps you do have that one right.


but to lump dutch scapes and western gardens into not understanding composition, childs play, to not be sophisticated, and by extension, dare i say, to lack artistry may be a little broad of the brush?

im no fan of the "rules" of dutch scaping contests and i have no intention of making such a tank either, but i do think there is a painstaking attention to design and composition. there is definitely an art to, and many a cultured scholar have spent hours of their life down, such an impractical time sink.

likewise, i would argue that you have spent a bit of time in the composition and much nuances can be observed in your farm tank. which is why it evokes such joy from me when i view it. it is pleasing to the eyes of many, and by simple human nature, that is usually not possible if composition was not considered.

i see the labor, time, and effort that went into it. it is so much more than just a farm tank, evolved into "scape" even if not termed a such, and definitely not childs play. let any regular hobbyist even try to replicate it or its "style" and they will find it quite a challenge. you have imparted your artistry into it whether you intended it or not.

and, i entirely understand you were just expressing the views of others when you said that quote above, and you do a very fair job of highlighting certain "tunnel visions" to borrow from your writings, but i felt that i had to point out that particular bit of tunnel vision too just in case you were getting swayed that way.

perhaps at the end of it all, i'm just railing against traditional, structured concepts vs free, expressive ones that are not definable by terms. (said the guy who spews silly haikus in his journal, what irony) merely one pebble of opinion against a river of movement.

like modern fusion eateries, if the food tastes good, it is great food
then,
if the view is pleasing, it is a great scape.
Greggz, Xiaozhuang, burr740 and 1 others like this.
To view links or images in signatures your post count must be 10 or greater. You currently have 0 posts.
ipkiss is online now
Quote Quick Reply
post #380 of 383 (permalink) Old 02-16-2020, 02:54 PM
Greggz
Planted Tank Guru

(View User Tanks)
PTrader: (2/100%)
Join Date: May 2008
Location: Novi, MI
Posts: 4,724
Quote:
Originally Posted by Xiaozhuang View Post
In short, what would they think of farm, dutch tanks ? Unsophisticated child's play that is focused on cheap gimmicks of color and novelty, rather than focusing on higher values of overall design/organization/composition, understanding of natural order, subtle composition etc. (exaggerated to show the point in a short passage)
Dennis thanks for the reply and the detailed answer. It's a good read and similar to what I expected. Very interesting how culture shapes our perception of things.

And I get it. The nature scapes to me have always been more about "art" than growing plants. More "highbrow" if you like. Like I said, I love seeing them, but have no desire to create one. At the risk of sounding too "lowbrow", from my perspective most look kind of the same? Again, I am sure that is cultural influence. I am not seeing what those from another culture might see.

And I get the comments on Dutch/Farm tanks. Heck, I am no artist. I am not trying to create anything with deep meaning. I just love growing plants and creating a presentation this is pleasing to my eye. If that means I am using cheap gimmicks of color and novelty.....then I am guilty as charged!

(View User Tanks)
PTrader: (1/100%)
Join Date: Feb 2015
Location: Iowa
Posts: 3,174
If I could add just a little to Greggs comment about "beauty is in the eye of the beholder". Dennis's first picture shows an amazing piece of Chinese landscape. If one spent their entire life around such beauty, then I could certainly understand wanting to re-create that beauty...

For thouse of us whe grew up in the midwestern states of the United States, our scenery is not exactly what I would call "stunning".

I really do like what Dennis has created in his living room. Would I like to give it a try someday? Absolutely. But for now I think I will continue learning to be a good farmer 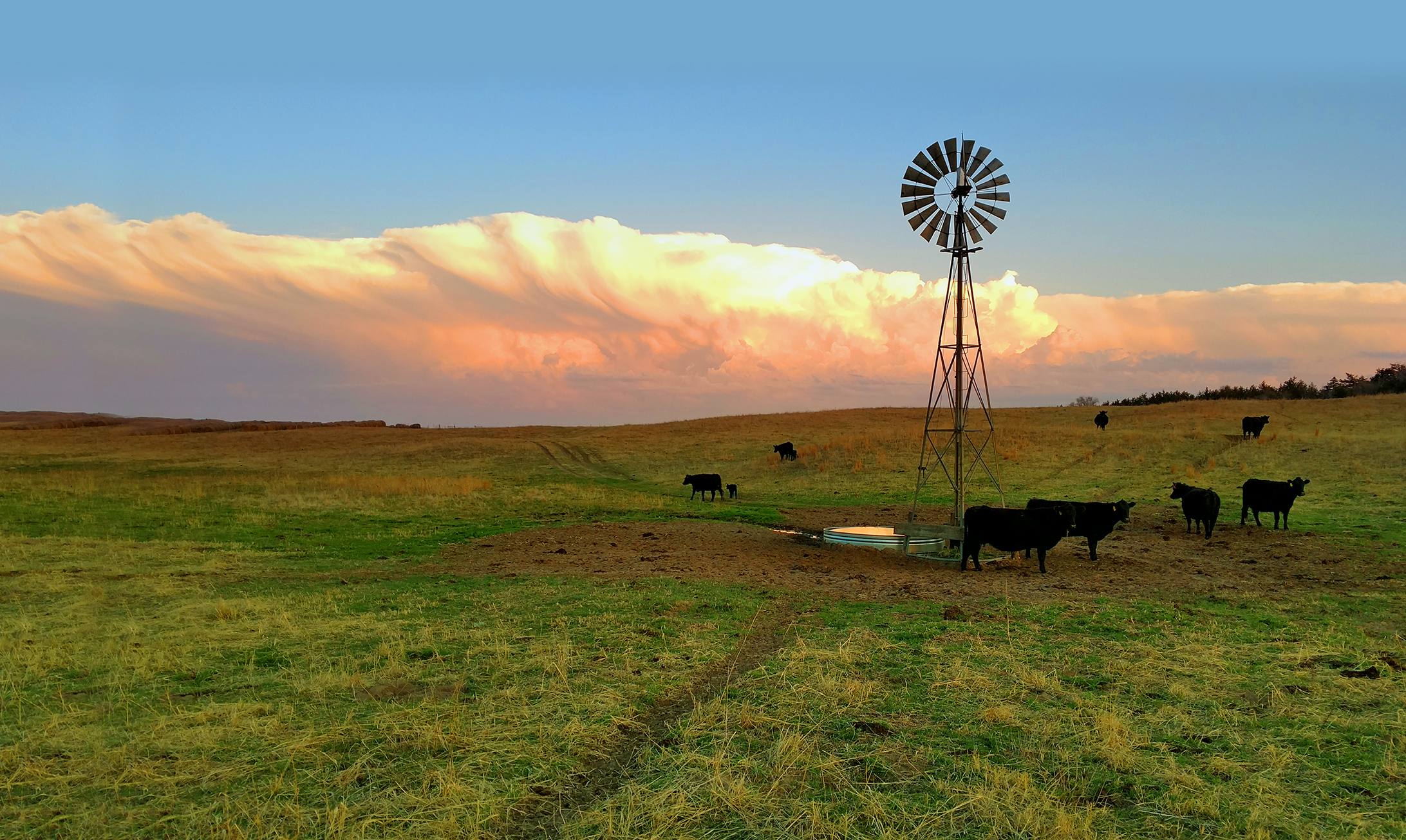 Greggz, ipkiss, Xiaozhuang and 2 others like this.
To view links or images in signatures your post count must be 10 or greater. You currently have 0 posts.

maybe this is equally apt? 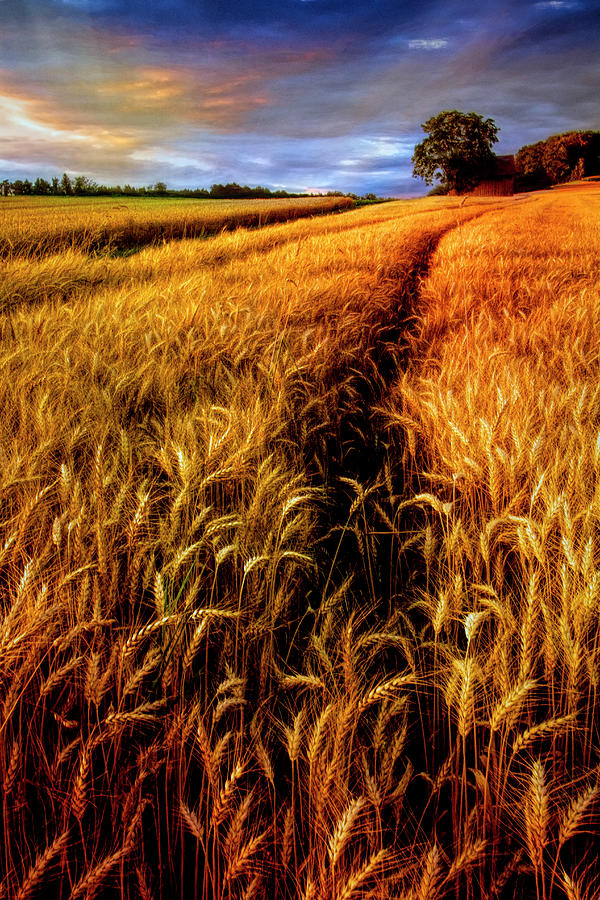 Greggz, vvDO, Xiaozhuang and 5 others like this.
To view links or images in signatures your post count must be 10 or greater. You currently have 0 posts.
ipkiss is online now
Quote Quick Reply
post #383 of 383 (permalink) Old Yesterday, 02:50 AM
Streetwise
Planted Tank Enthusiast

(View User Tanks)
PTrader: (1/100%)
Join Date: May 2019
Location: Vermont
Posts: 925
I think @Xiaozhuang is describing the hobby dynamics in SE Asia, and not projecting his own values.

He is nice enough to document and share many aquarium strategies.

I do think people might have different attitudes about nature based on living in the woods, the mountains, the plains, the desert, the river, the coast, the suburbs, the village, the city, etc.