(View User Tanks)
PTrader: (0/0%)
Join Date: Feb 2013
Location: U.S.A.
Posts: 560
55 gallon tank (Angel, danio, guppy)
UPDATE: My last bala died... Not sure why. No warning, no issues with water. I guess either I missed something or he just reached the end of his life. I now have a fully different stock in this tank.

(Old) UPDATE: Due to some issues, this tank now needs to be restocked! I lost a bala shark, a rainbow shark, and 8 tiger barbs. Now all i have is a single bala shark. But, I now have a heater after this issue as before I didn't have one. The old one broke. This new one is a Jager, hopefully it will last. 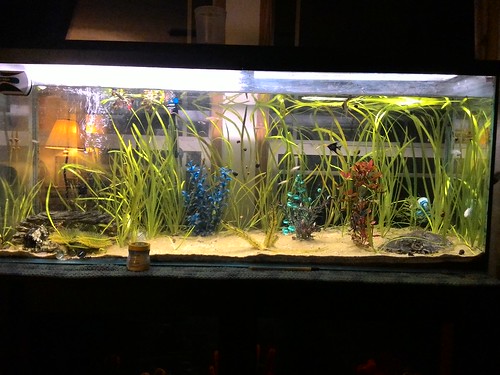 The best laid schemes o' Mice an' Men,
Gang aft agley,
An' lea'e us nought but grief an' pain,
For promis'd joy!

Translation for those who are struggling:
The best laid plans of mice and men
Go often a-stray (awry)
And leave us nothing but grief and pain,
For promised joy.

So true, so true:

Any important dates (fish additions, fish deaths, unusual things) will be in red.
Any unimportant updates will be in blue.

Just spent the last 2 hours rinsing out some sand that I got today... Back breaking, frusterating work... I almost gave up half way though with the idea of starting again tomorrow, but then I realized that once I stopped I wouldn't start back up again. So, I kept pushing.

I filled up a 35 pound cat litter box (Tidy-Cats) (washed, of course) with 50 pounds (or so) of natural play sand.

Hopefully it will look nice when (if) I put it in tomorrow. Sigh, I think I'll just relax for a while. Good thing I took an hour long nap before, huh?

It was a long year, that's for sure. I had been slowly increasing the number of tiger barbs in the tank. Then one week I was forced to leave the tank in the care of a friend. Bad idea... I returned to just five fish remaining: The rainbow shark, both bala sharks, and two tiger barbs. I did an emergency 50% water change and started treating the fin rot every fish had with melafix. Over the course of three days I lost the rainbow shark, both of the last tiger barbs, and my smallest bala shark.

I'd love to start the tank fully over again. But I can't do that to my remaining fish. So, I'm planning on breaking down a different tank and putting those fish in the 55 gallon. The tank currently holds four mollies and two guppies. I also plan on getting another rainbow shark and a few more balas again.

I have a Jager Heater now, in fact I just got it today. It's set at 72 for now. I'll turn it up higher later. I don't want to do it too fast. I think around 75 and 76 degrees F sounds good for all of the fish. The bala, at least, should be happier until I can get him new tankmates.
TurtleShark is offline
Quote Quick Reply
post #4 of 6 (permalink) Old 01-18-2015, 09:07 PM Thread Starter
TurtleShark
Planted Tank Enthusiast


(View User Tanks)
PTrader: (5/100%)
Join Date: Oct 2011
Location: Warren, Maine
Posts: 483
I prefer to run two smaller heaters instead of one larger one. So depending on room temp a 55 might require 275Watts of heating(less if your house is kept warmer), but instead of 1 300watt I'd use 2 150Watt Jagers. Redundancy and if one goes bad and sticks on/off it won't quickly cook/freeze the tank.

I like AC filters but I think they overate how much they'll do. For a 55 I'd use two AC50s. That way you have redundancy in case one fails and you can alternate cleanings so there is less risk of killing off too much beneficial bacteria.
"Not my circus, not my monkeys"
fermentedhiker is offline
Quote Quick Reply
post #6 of 6 (permalink) Old 10-21-2015, 03:21 AM Thread Starter
TurtleShark
Planted Tank Enthusiast

I have pictures of my current fish! 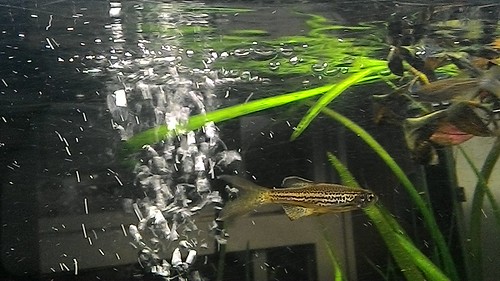 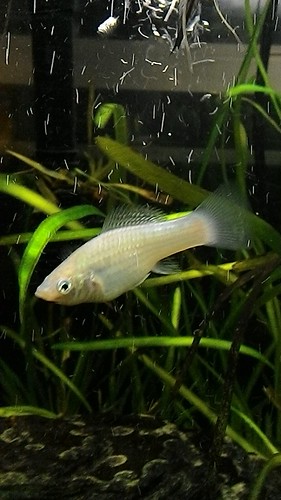 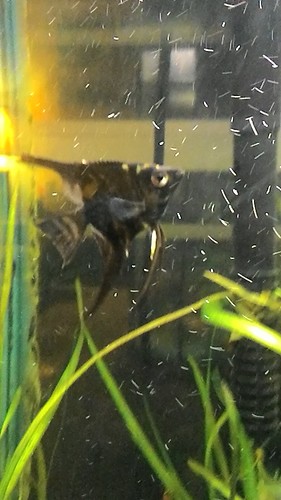 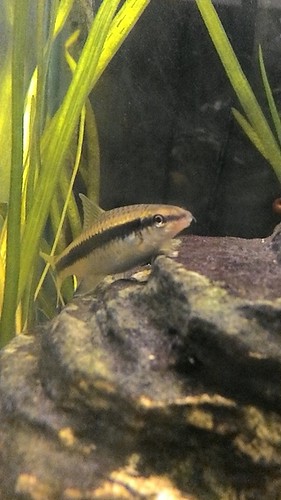 Can you see me? Butterfly pleco 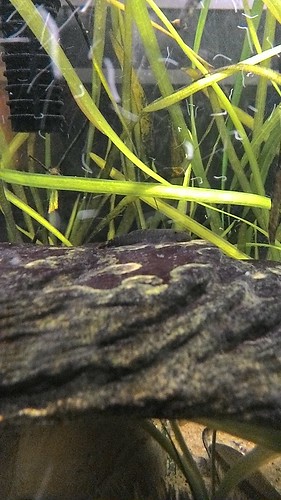 Sigh... I had great plans for this tank. I was going to remove the danios and the guppies, keep the SAEs, the pleco, and the shark and try something different. Oh well, I guess that "Of Mice and Men" quote fits better well now, doesn't it? Rest in peace, my bala shark.

But, I knew I must move on. So I got the angels. They might not have been my best option based on the tank, but they were what I felt the tank needed. They haven't dissapointed yet. I'm crossing my fingers that it will stay this way.

On another note, a mysterious disease plauges my tank. The fish die at random. Some seem to be paper thin, like they aren't eating. But yet they are. I treated the tank with Parazi pro (or whatever it is) but even then my shark still died. It's a curse; the curse of the Tiger Barbs (who I had once before and were the first to die of this disease).

In other news:
Several of the danio in the tank were raised by me! I'm so proud.

The two mollies in the tank were both born in my own home and will be the last to be born (at least until they die). The babies were all female and there were only four of them. Only one inheritied their mother's lyretail gene and it wasn't a very strong one. She has since succomed to the TBD (tiger barb disease).

My original guppies were all bred from three, two females and two males. I've since mixed some endler genes in with them and also have recently gotten some leopard guppies. So, the guppy population is becoming more diverse.

The SAEs are as fat as can be. Seriously! They just eat and eat away at the algae, and then come to the top during feedings! The pigs. They've doubled in size since I got them a few months ago.

The butterfly pleco is one of my favorites. Always hiding in plain sight and such a treat to see out in the open. I can't wait for it to grow a little.
TurtleShark is offline
Quote Quick Reply