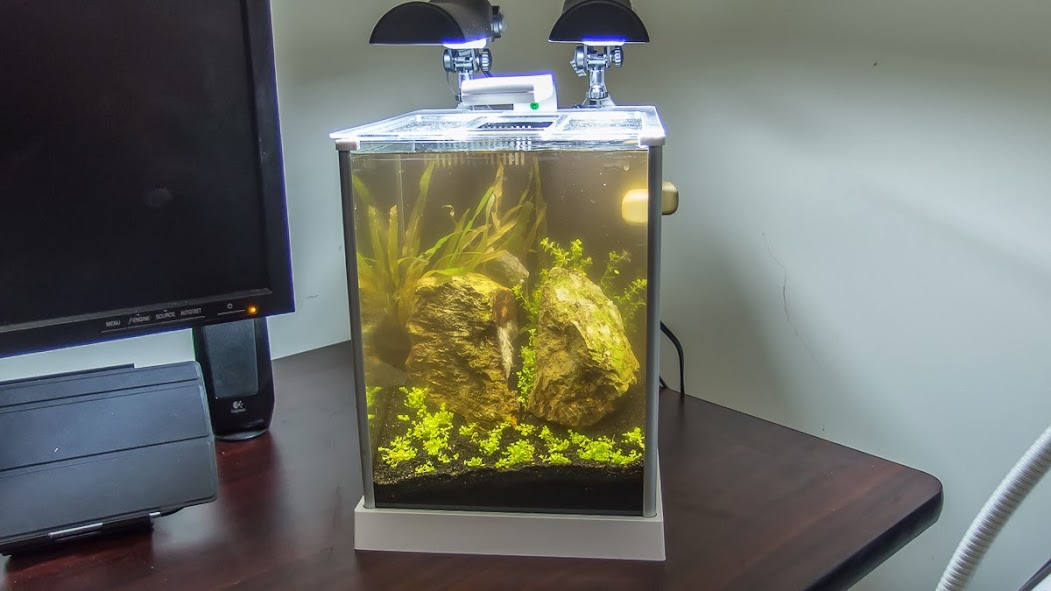 Split in the stone with HC and HM 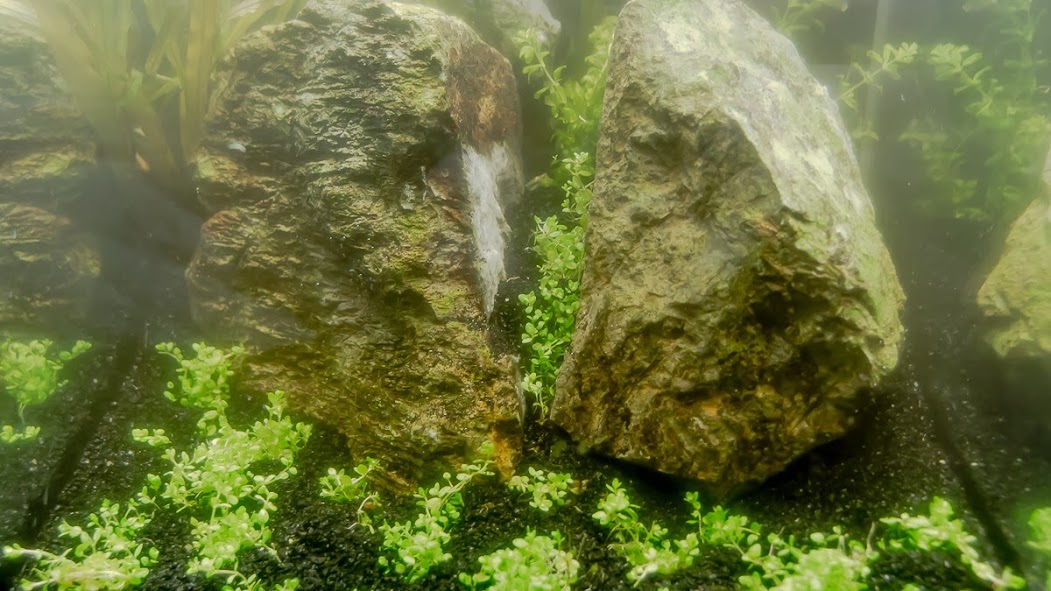 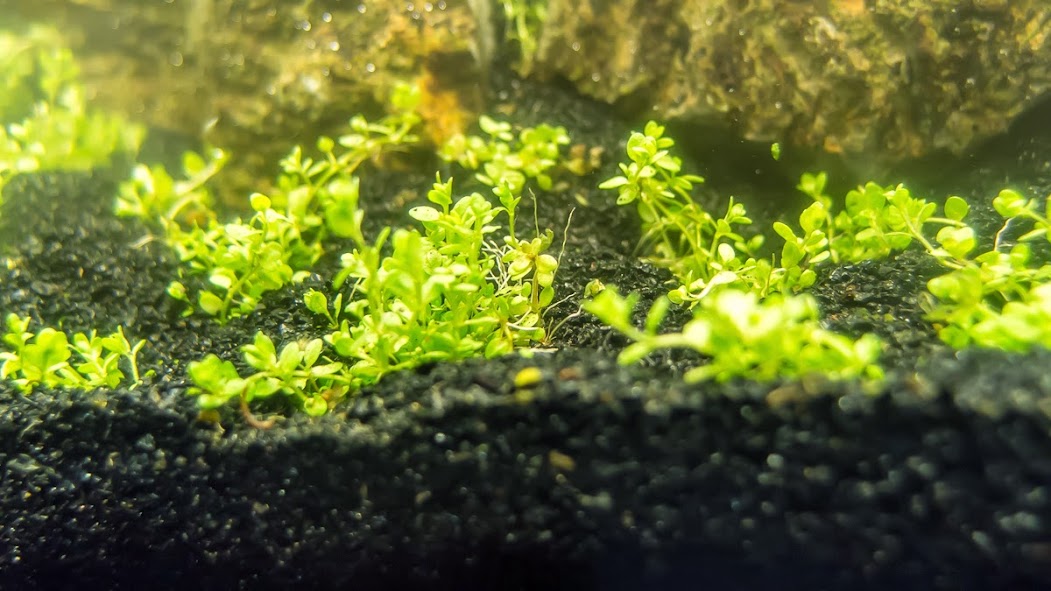 Equipment
Plants
After a long hiatus from the hobby, real-life has allowed me to have time and room for this desktop nano. I had all the CO2 equipment, so I bought a Spec III to put it in  I like overkill sometimes.

I'll probably pull the hygro once things get settled and fill that area with b. japonica, or maybe something red. Besides the trumpet snails that I'm sure are a really bad idea, I'll either just collect some freshwater scuds to keep any algae in check, or over time drop the KH and CO2 down a bit and add some cherry shrimp. Ask me again in a month or so.

I enjoyed reading everyone's posts and seeing their pictures during the past few years, so I wanted to contribute now that I can.

I'll update regularly as things either take off, or crash and burn. Either way I'm going to have fun with it 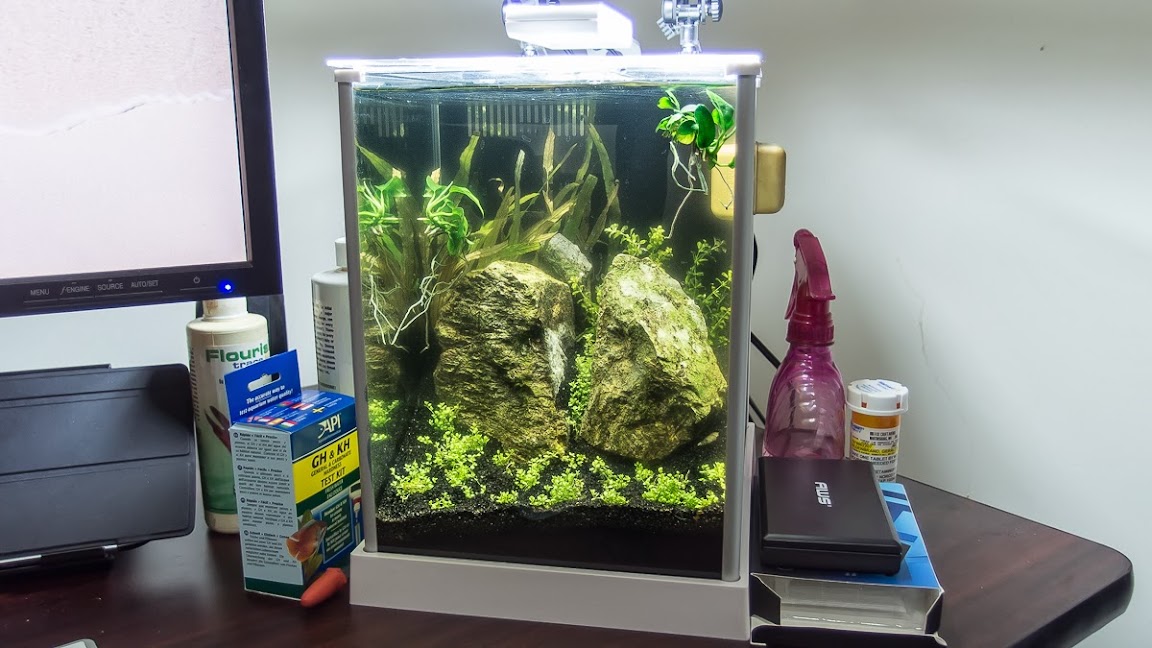 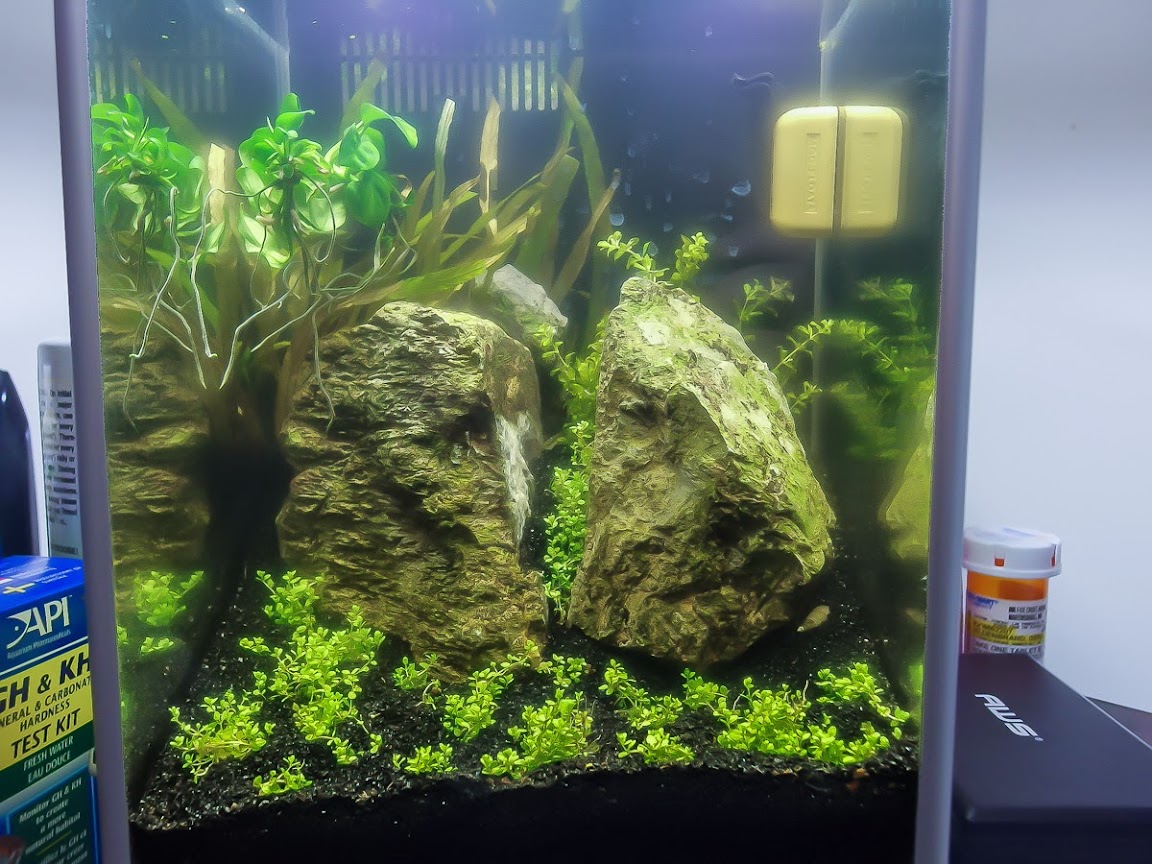 No changes. Threw in a couple A. nana until my wife has her betta tank ready for them.

HC not dead yet, so that's a plus.

(View User Tanks)
PTrader: (0/0%)
Join Date: Sep 2013
Location: Australia
Posts: 626
Fantasic hardscape. Love the bold split rock look. Trimming the hc inbetween those two big rocks won't be easy, but it'll be worth it. Like you said, in time it would be nice to swap the back right with a few stems of colorata or wallichii (for red/orange colour and a better match with hc imo). But as it sits, you have one very cool little tank. Are you using root tabs?
To view links or images in signatures your post count must be 10 or greater. You currently have 0 posts.


To view links or images in signatures your post count must be 10 or greater. You currently have 0 posts.
Dantrasy is offline
Quote Quick Reply
post #4 of 5 (permalink) Old 01-13-2014, 05:30 AM Thread Starter
gbhil
Planted Tank Obsessed

I have a couple boxes of root tabs laying around. I think I'm going to wait until the HC starts showing new submerged growth before I bury one though.

A lot has changed in the past few years, and a lot of trial and error is going to happen. The wife wants to be sure I still have my green thumb before I work on the tank in the living room

All I can promise is that I'm going to have fun.

The Spec developed a healthy leak in the right rear (right above the power strip). Everything is in a couple of buckets while I play Amazon return roulette