(View User Tanks)
PTrader: (0/0%)
Join Date: Jul 2009
Location: Colorado Springs
Posts: 58
DirtDawgs first aquascape 75g, Before and after redesign
I have had my 75G setup for about 3 years now and decided it was time for a change. It was pretty, but I considered it more of just a planted tank than an aquascape. Here is an image of it before tear down. 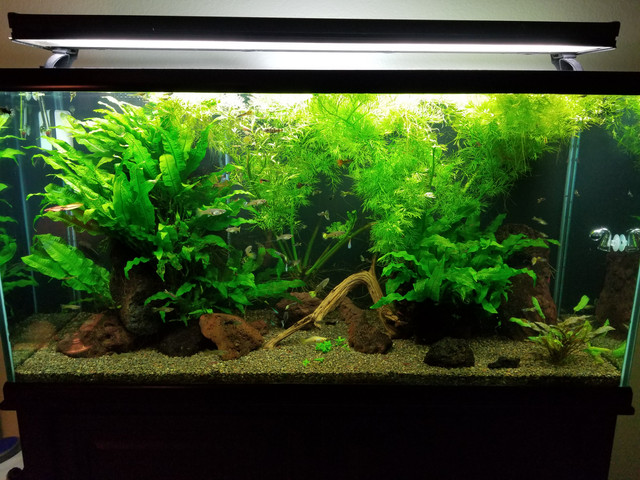 It's hidden behind the plant/rock pile on the left, but it had a large half moon overflow box. When I first got the aquarium it had a full sump setup, but I didn't like the noise or the fact that it gassed off so much CO2. So I switched to a canister filter but kept the box to hide my intake, CO2 reactor, heater, and a circulation pump.


The overflow box was about 4 1/2 inches wide and around a foot long though and I didn't want to lose depth in the aquascape design so I decided to do away with it, but that meant making a new design for my CO2 reactor. Here is the setup I built. 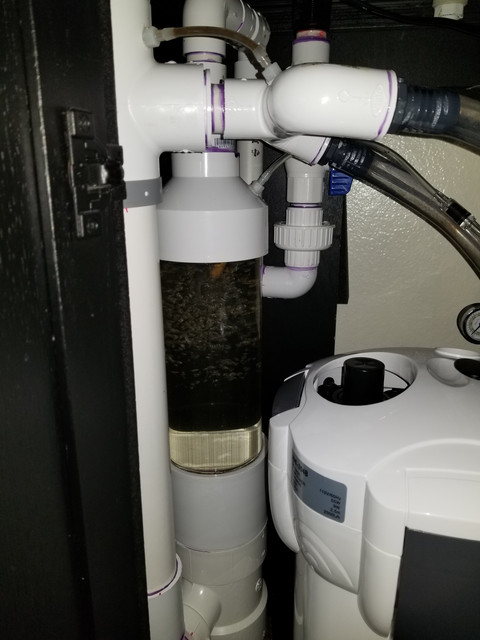 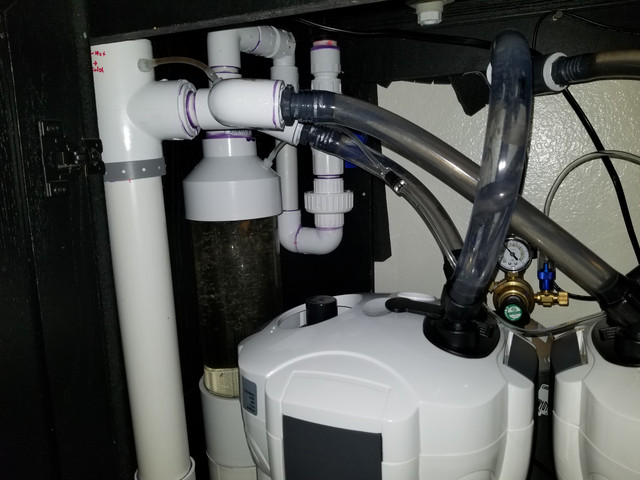 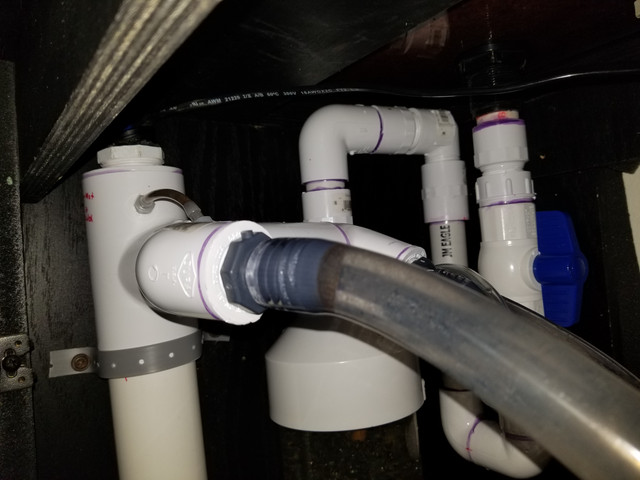 Sorry for not the best images!


It is a 4" pipe I used for a the reactor. I wanted to have a reactor I didn't have to fill with media like bio balls to break up the co2. This way I wouldn't have to clean it as often. I also didn't want to put a valve on the end to kill the flow of my filtration.

In the past I wasted two reactor designs by trying to use smaller pipes, but they let too much CO2 through. The 4" pipe is working great though! If anyone is on the fence about what size reactor to make, my advice is to go big! I have 2 Sunsun 304b canister filters I run with a 1 inch pipe intake and outtake, and the reactor works with one or both filters running. The filters are rated for 525gph so it is quite a bit of flow when they are both on. I have been able to keep my dropchecker lime green down at the substrate level easy. A big suggestion would be to use a reducer coupling at the top of the 4 inch pipe like what I have. It's shape prevents any co2 pockets because there is no where for it to collect. The bottom of the 4 inch section has a flush mounted clean out so I can get in to clean it.

I chose to put the reactor on the intake side because I wanted any bubbles that escaped the reactor to be finished off by the filters, and it has worked, I have 100% dissolved CO2. I realize some might disagree because the unfiltered water might make more scum than the out going side, but since I didn't have media in the reactor I don't think it is a big deal. I think the flow is less effected too because the reactor is really just gravity feed, almost like a sealed sump tank.


It is hard to see, but at the top of the two inch section of pipe going back up you can see the top of my heater. I used a Dremel to carve out a plug to fit the head of the heater just about perfect and then silicone it into the plug. This way I can reach my heater temp set knob, and I can unscrew and remove the heater if needed. There was a little space for a air pocket to form around the top of the heater, so that little air line piece you see is a self air bleeder. It automatically removes any air or co2 that tries to collect up there.

For my intake I used the old sump pipe hole in the bottom. I drilled some holes in a 1"inch pipe and put a pre-filter on it and painted it black. I had some surface skimmer parts that came with my filter so I rigged them to work with my intake. With a lot of tweaking it seems to be working great now! Here is the picture. 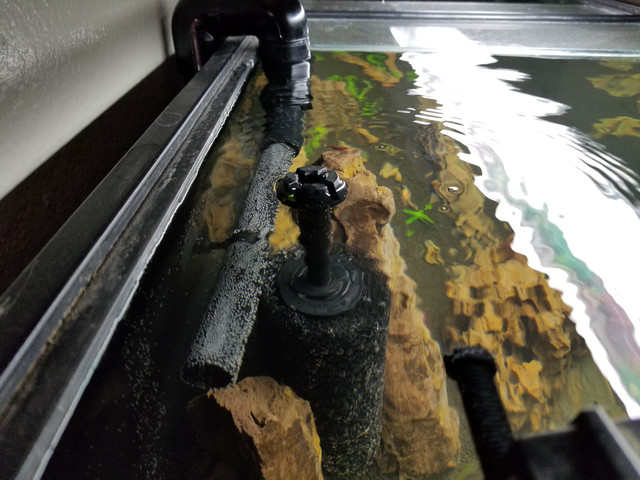 (Sorry for the lack of images during the hardscape setup, I was so worried about getting it to work that I forgot to take pictures..)

For under the substrate I used the lava rock gravel you can buy at Home Depot. It wasn't great because it was a little too big but it still worked. I believe it took 4 bags of it to get the height I wanted for my slope.

To keep it from sliding, I found a trick! I had a lot of small water bottles and some milk jugs in our recycling, so I cut the tops off of them so it was just the base with about 3 inches of the sides, like a bowl. I used hot glue to attach the base to the bottom of the aquarium. It was so much easier than trying to glue a flat piece of plastic straight up! I made a wall of the bottle bases around where I wanted the hill to be to keep the lava rock foundation from sliding. I also used a few bio bags to lay on top of the lava rock foundation to prevent too much substrate from falling between the lava rocks.

For the hardscape, I had around 90lb of Dragon stone. I arranged them right on top of the lava rocks. I also took a rectangle shaped water botton and cut the top of in a slanted way. I then hot glued some of my dragon stone pieces around the opening. I glued it to the bottom of the tank and filled lava rocks around it to make a cave for my shy fish.


For the substrate I had 4 9L bags of ADA aquasoil. I used three bags and filled in around the Dragon stone so they looked like they were in deep. I saved the 4th bag for repair and possible sink holes from the large lava rock foundation.


For plants I have have Dwarf Hair Grass Mini, some patches of Staurogyne Repens, A few Rotala SP Green stems, and three Alternanthera Reineckii 'Mini' for some red color. I am hoping to get a full carpet with the hair grass to help hold the substrate from sliding down the hill. I am probably going to have to buy some more to help get it started.


Here are the current pictures. It is a little fizzy because I just did a water change. 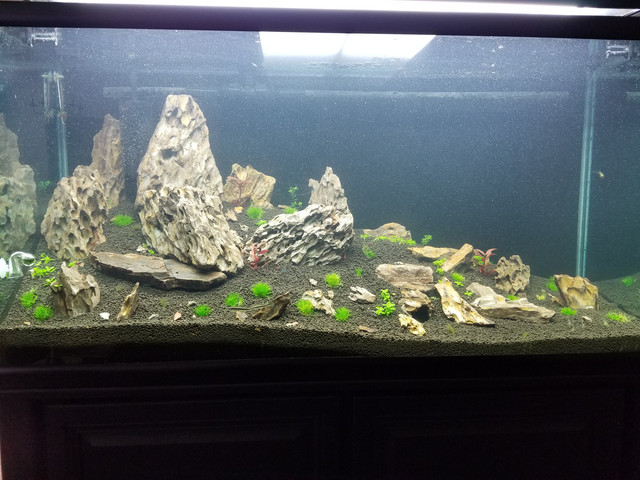 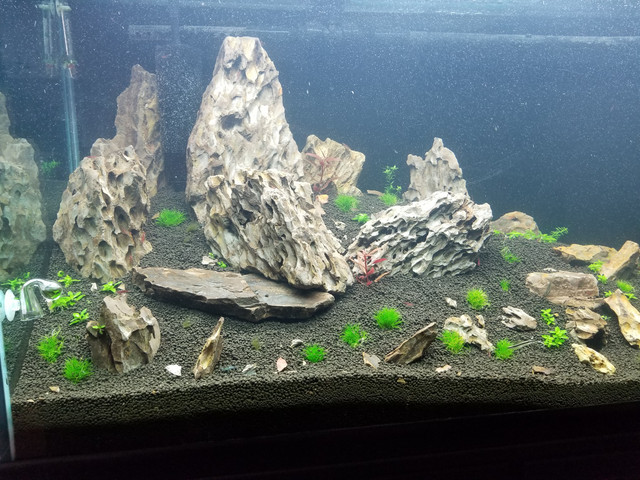 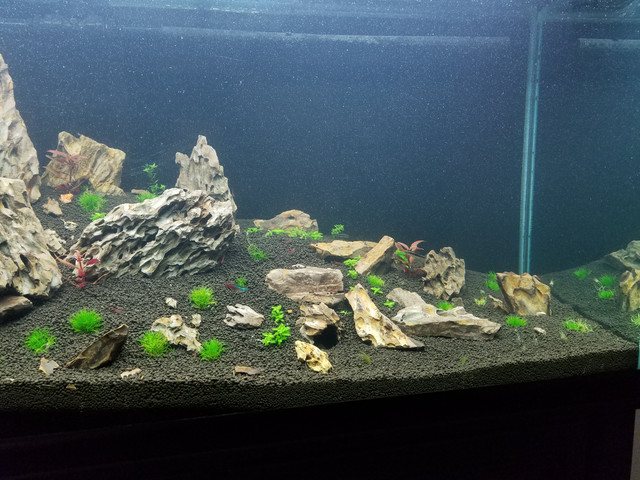 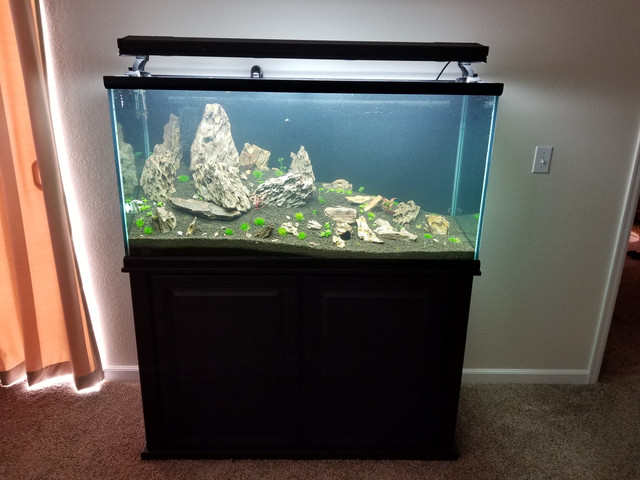 Here is the cave! 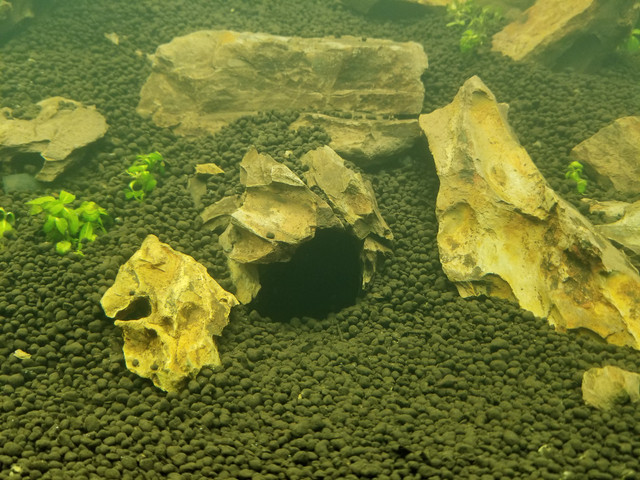 I would like to add some more plant types soon, but I wanted to find some that don't ruin the scale. If anyone has and idea's that would work good with this setup, please let me know!

For fish I have some SAE's and a plecco, as well as some shrimp. I am thinking of getting Cardinal Tetras if I can find some around Colorado Springs. If anyone lives here an knows of any let me know!

It's not perfect, I think maybe I could have done a better job with with hardscape design but over all I am pretty happy with it. Obviously it would look much better as a rimless, but that wasn't in the budget right now.

For anyone wondering, I have 4 T5HO 54w bulbs (only run 3), a 5lb CO2 tank, two Sunsun 304b canisters filters, am dry dosing EI right now, hopefully getting a autodosing system in the next few months.


(View User Tanks)
PTrader: (0/0%)
Join Date: Jul 2009
Location: Colorado Springs
Posts: 58
First update in a while. It is almost 3 months post setup. Just got over major diatom outbreak, but they have left as fast as they came!

Since last update, I added some water circulation pumps, an auto dosing system for EI, and wired a timer into my T5HO unit so now two of the four bulbs come on in the middle of the day for a high light burst. I also added more Mini Dwarf hair grass and some Limnophila Mini 'Vietnam'.

Mini hair grass has quite a few runners and is starting to fill in. Still has a long way to go and the mini version is slower than the taller variation. All the other plants are growing well too. I am hoping the HG grows in thicker so I can put my yoyo loaches and corys back in. Right now they tear up the hill too much.

Picture is kind of crappy. I need a real camera. 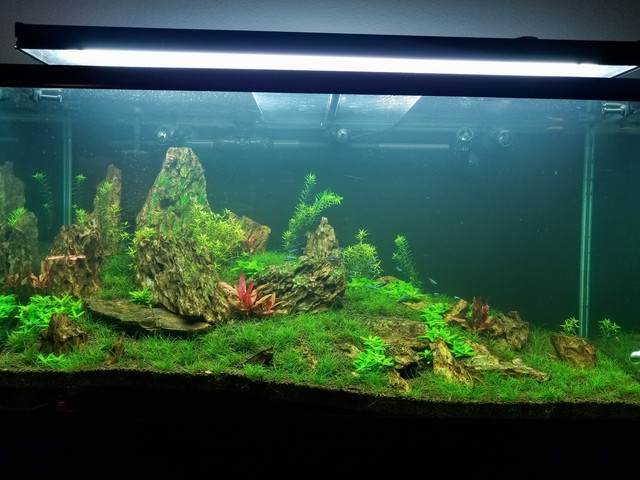