(View User Tanks)
PTrader: (4/100%)
Join Date: Mar 2013
Location: Anares
Posts: 191
60g metaframe lazy restoration
I have been collecting antique metaframe tanks for a while, but struggled with the question of sealant and what to do with the slate.

I fully disassembled my largest metaframe, a 30g, planning on doing a full restoration. The dry tar cleaned off the frame pretty easily, and I cleaned up the residual tar with a drill mounted wire cup and acetone. The glass however was heavily scratched and very dirty from previous reseal attempts.

During this process I decided I wanted to go bigger, as my last tank was a 30g bowfront. I cruised craigslist and sure enough found a 75g metaframe with stand nearby. The seller said it leaked about halfway up the glass but the bottom was tight. I thought maybe I could get away with just resealing the inner seams, or even just heating up the tar and clamping down the glass, so I went to pick it up.

Unfortunately it turned out to be a 60g, with only 12 depth and not 18. It was also pretty scratched up and the bottom leaked when I tested it, though the tar was in pretty good shape compared to my other metaframes. Not bad for $25 including a pretty nice stand.

I did some serious research on sealants and discovered Sika 1a, a commercial product used in Airstreams and other applications. It should stick to slate as well as glass, and its safe for potable water as well as submersion so should be safe for an aquarium. I ordered two tubes on Amazon for about 25 bucks.

New glass is very expensive. Ive built a few cube tanks, and the 5 panels to build a 12 cube costs nearly $100. Replacing all the glass on a large
metaframe would be a several hundred. I thought about replacing only the viewing panel but then Id have to fully disassemble the tank, a much bigger project. So, in the end I decided I could live with the scratches, cleaned up the seams on the tank as best I could and went to town with the Sika.

The Sika is thicker than silicone, but application is similar. I didnt tape anything off because of the wide bezels on the metaframe, and just smoothed out the bead with the back of a plastic spoon. The whole thing took less than 30 minutes.

It will take a week to cure, so Ill test for leaks next weekend. Then Ill throw in an inch of soil and cap with black diamond. 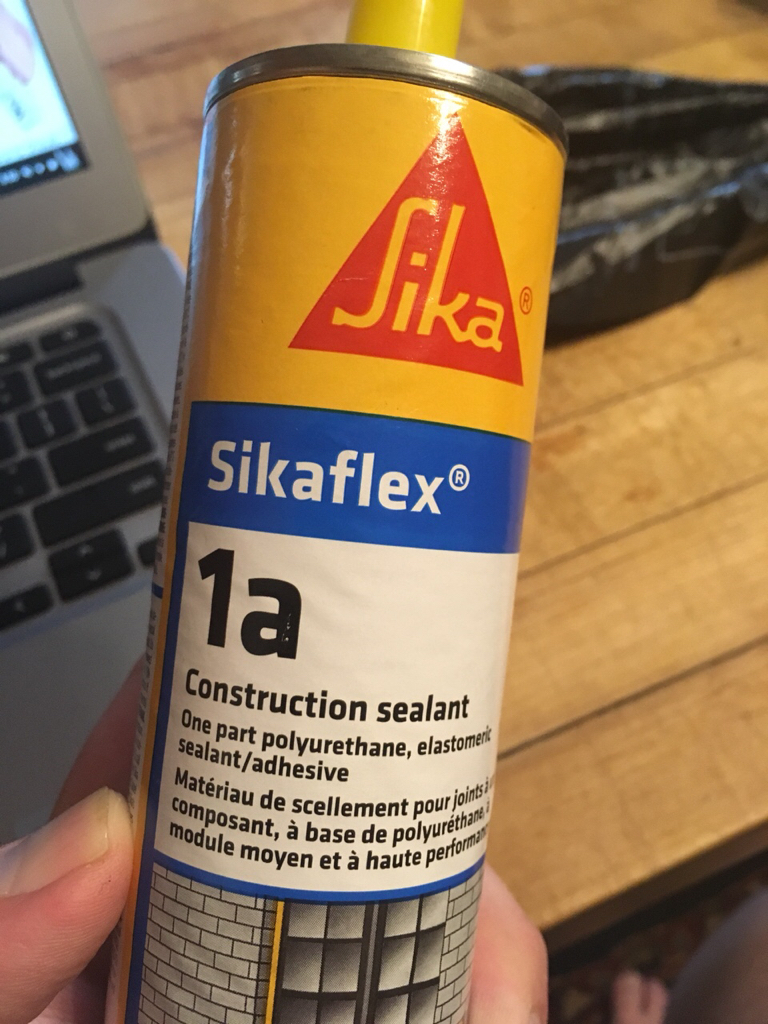 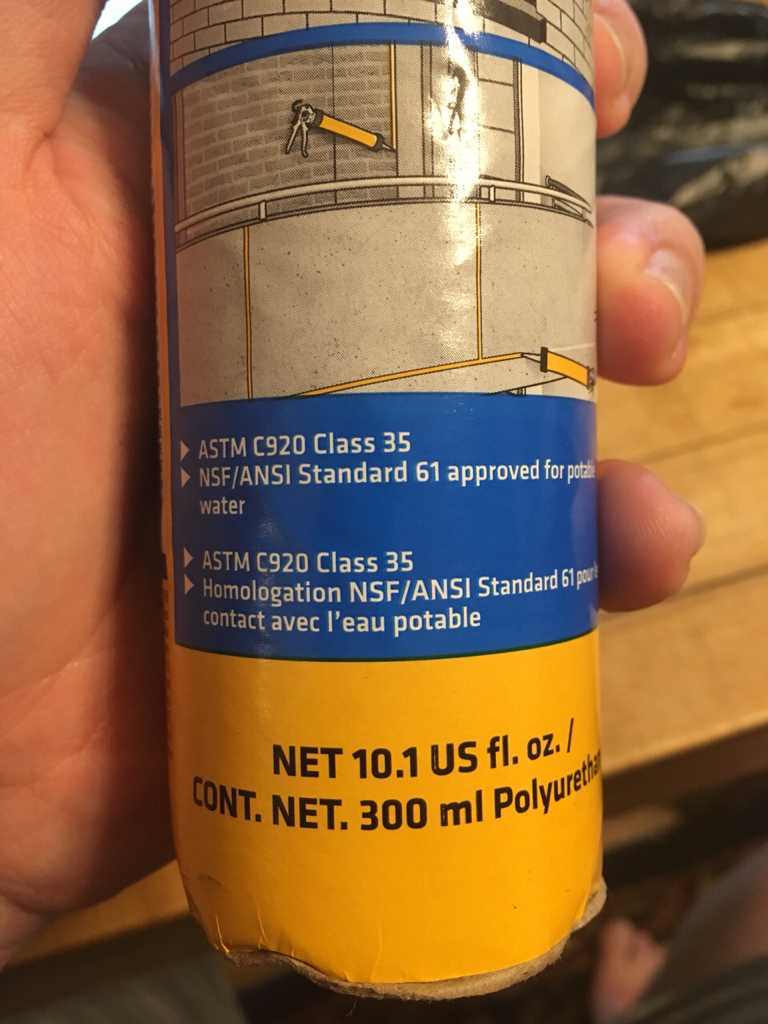 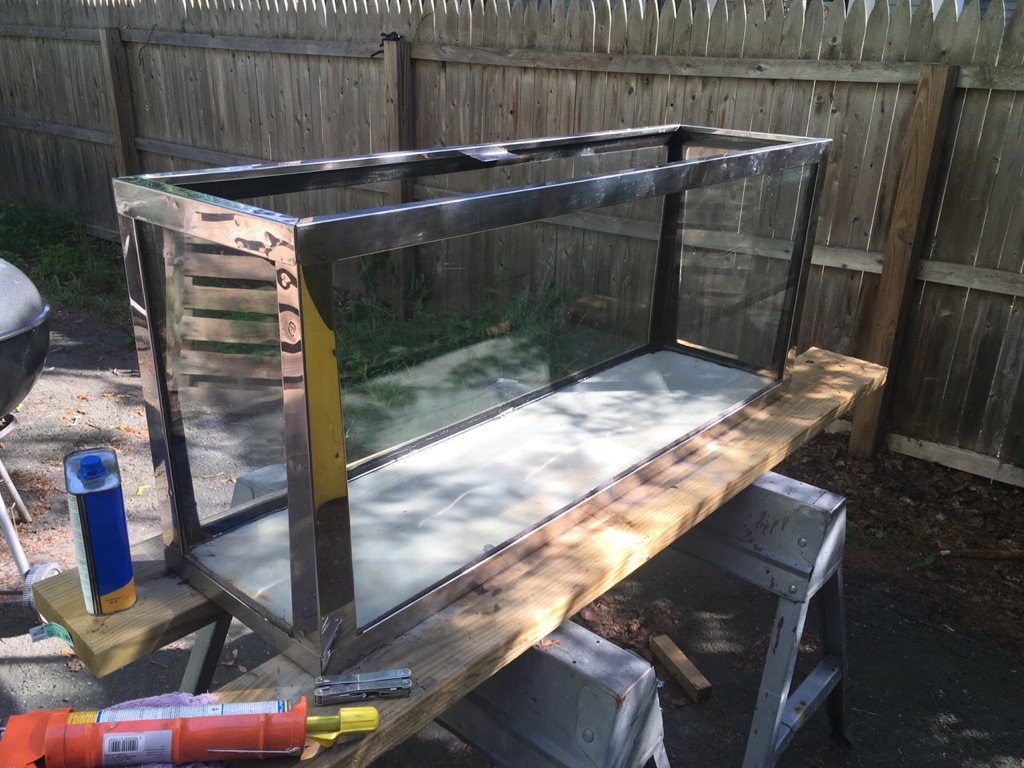 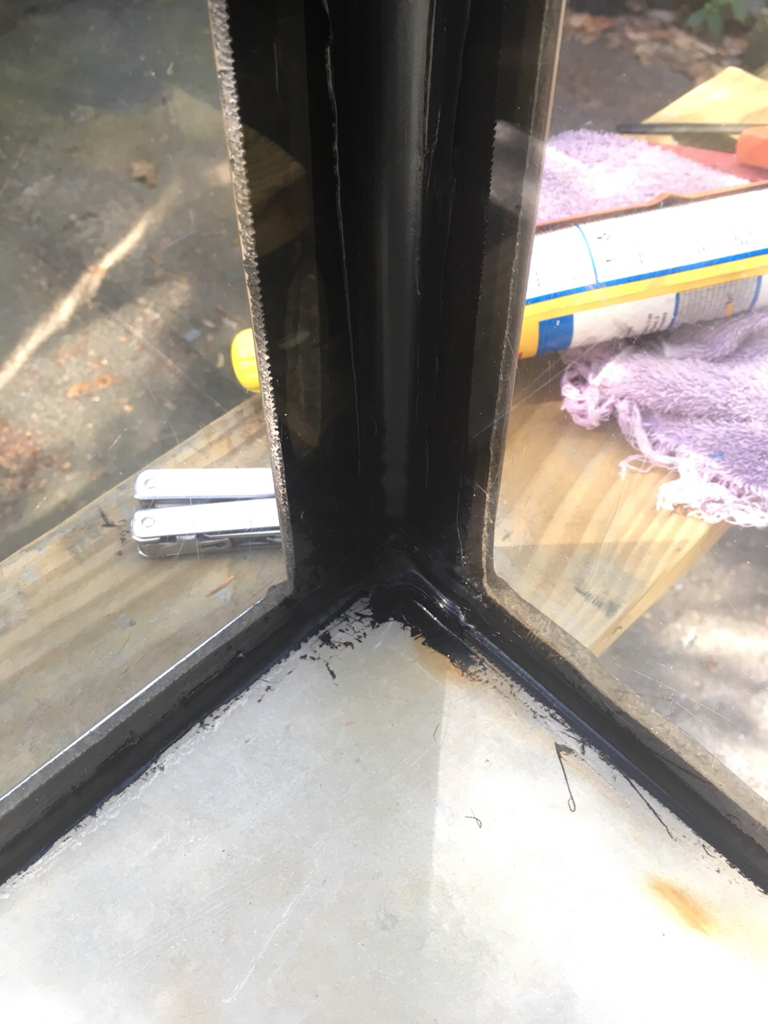 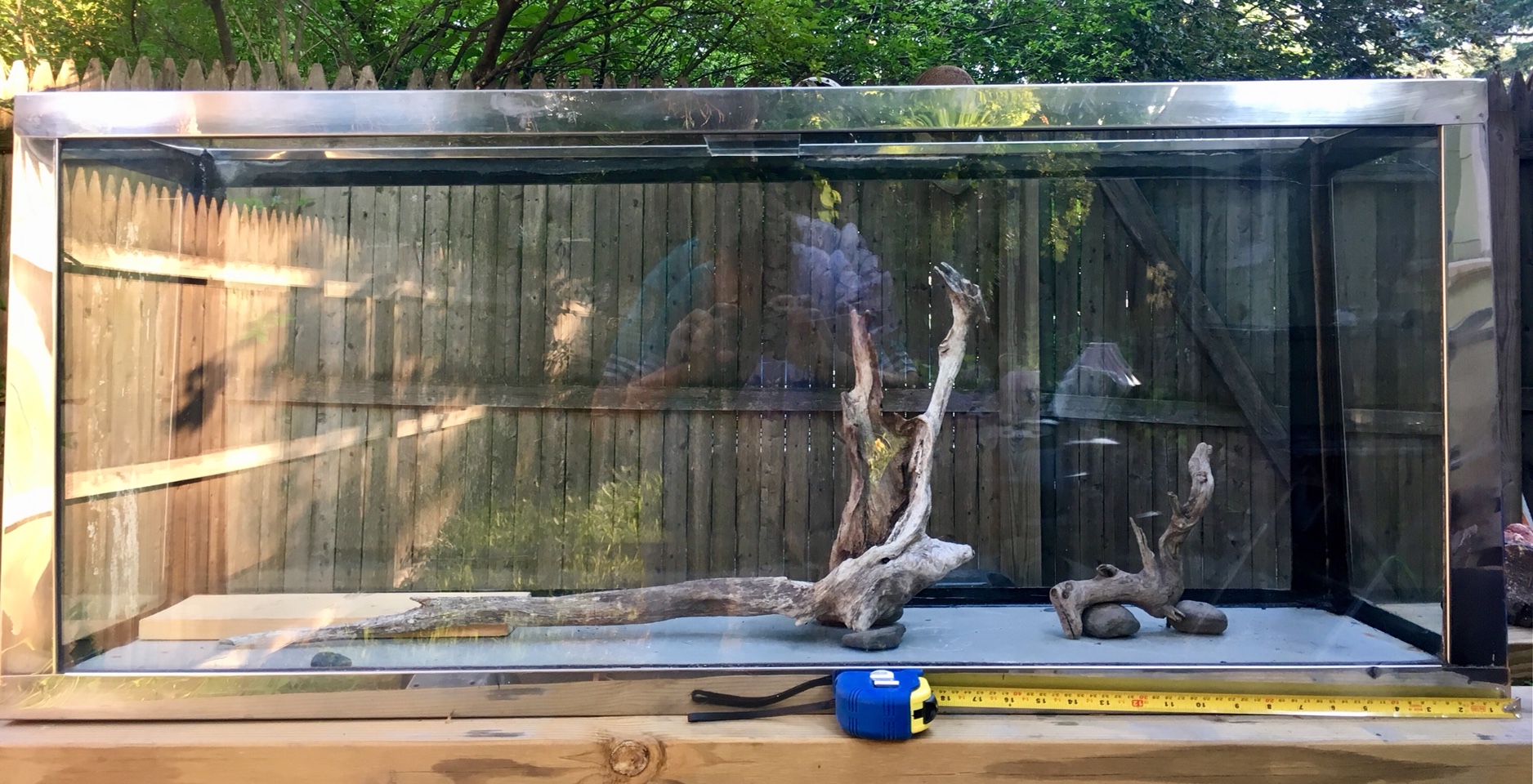 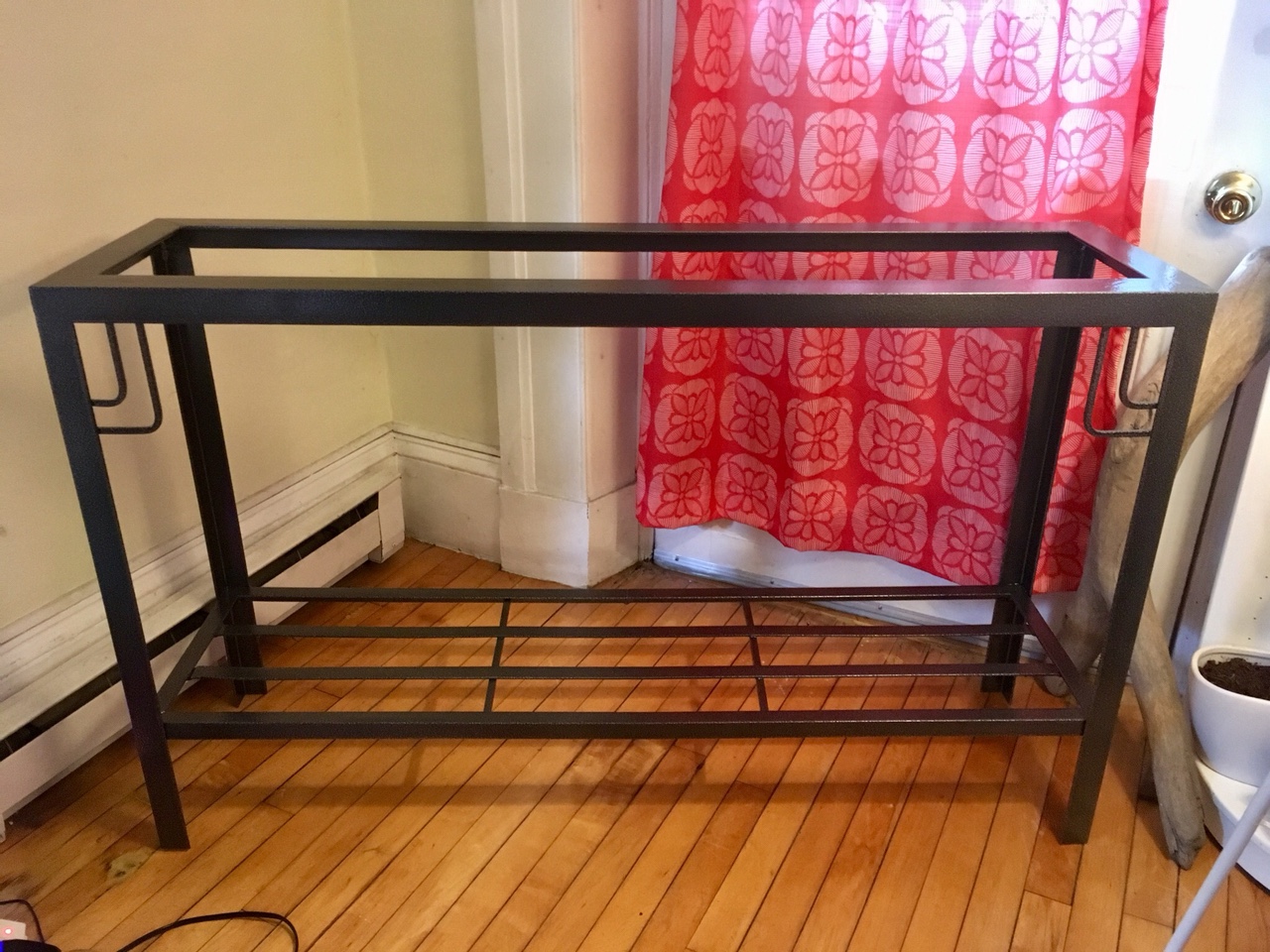 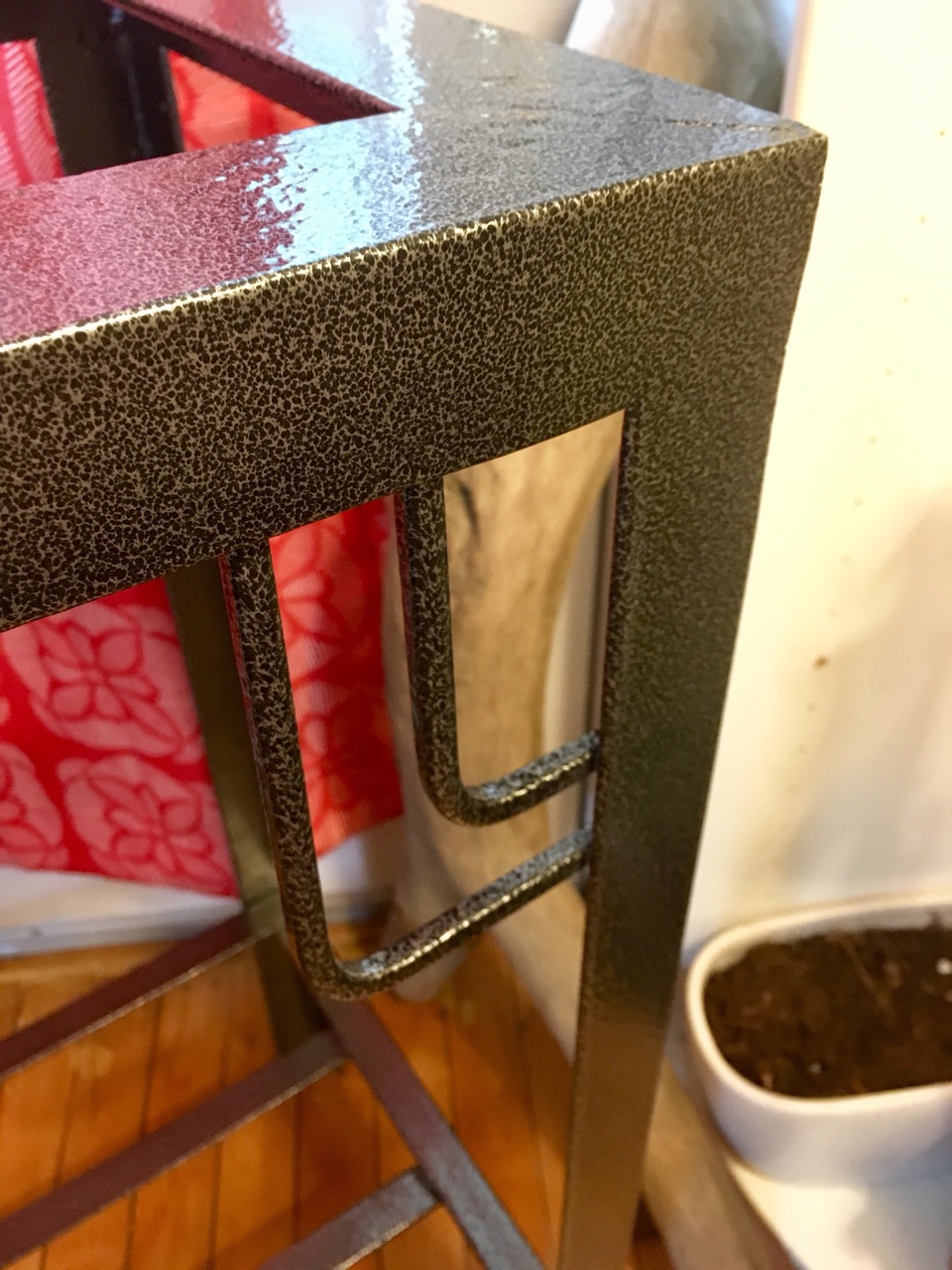 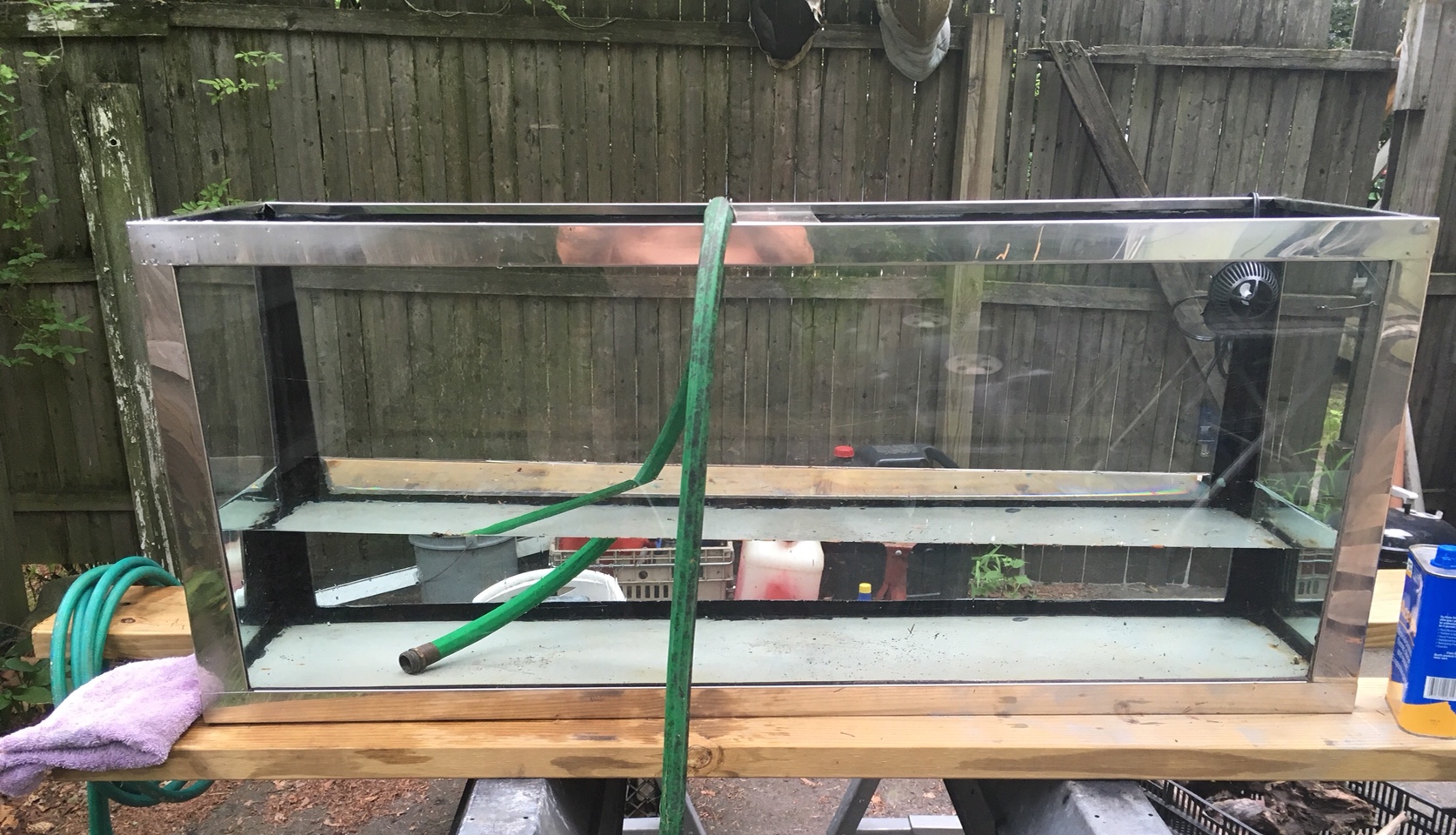 Supposedly the set will hold 880lbs... 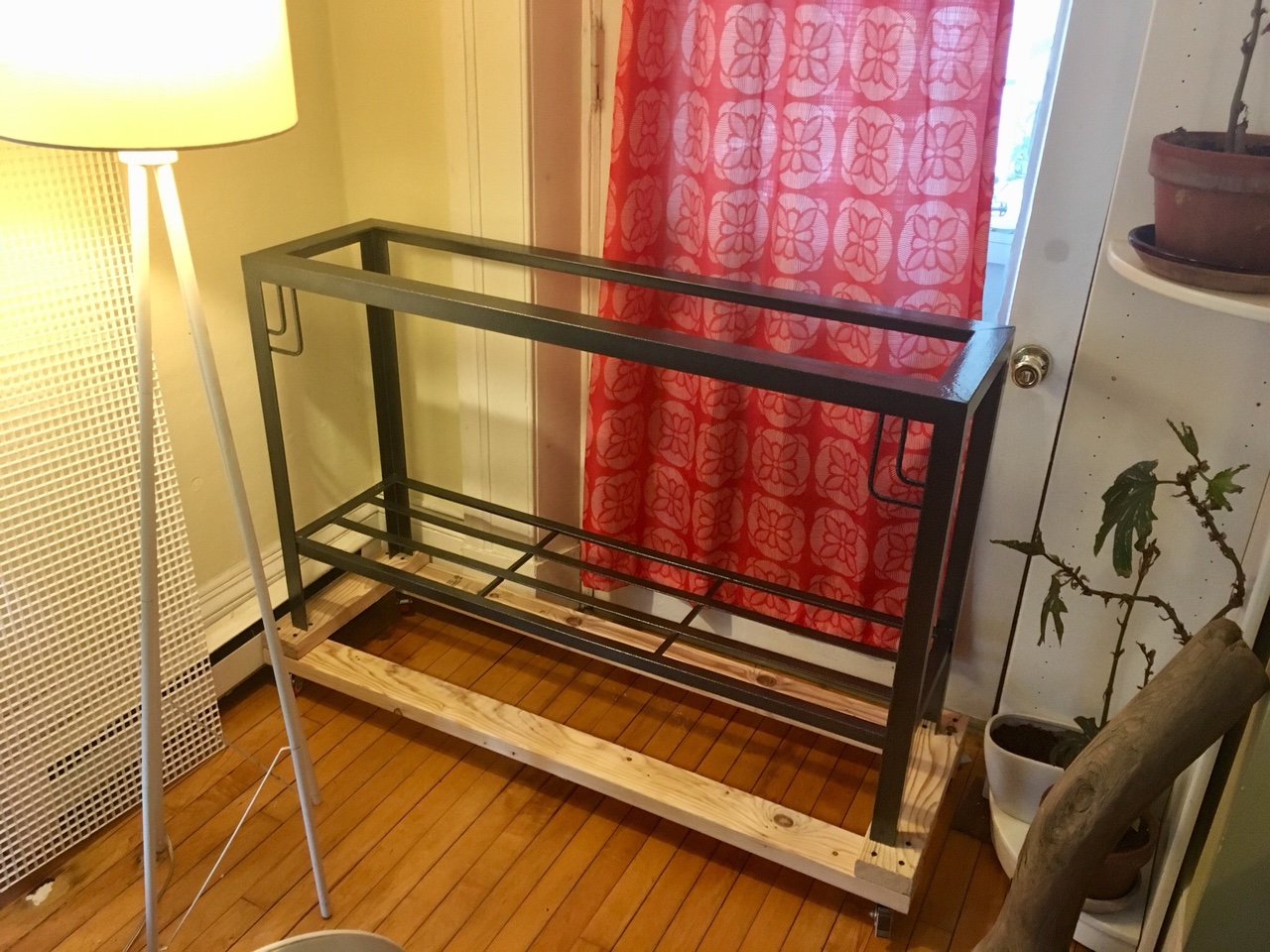 (View User Tanks)
PTrader: (4/100%)
Join Date: Mar 2013
Location: Anares
Posts: 191
unfortunately it seems like i have a few pinhole leaks. So small it's hard to even figure out where! Wish I had been more liberal with the Sikaflex. I'll have to add another layer and hope it sticks.
nanous is online now
Quote Quick Reply
post #9 of 27 (permalink) Old 07-06-2018, 11:55 PM Thread Starter
nanous
Planted Member

(View User Tanks)
PTrader: (4/100%)
Join Date: Mar 2013
Location: Anares
Posts: 191
Quote:
Originally Posted by nanous View Post
unfortunately it seems like i have a few pinhole leaks. So small it's hard to even figure out where! Wish I had been more liberal with the Sikaflex. I'll have to add another layer and hope it sticks.

The leaks are so unapparent, but the water level drop so severe, I wonder if the garden hose was somehow siphoning water out. I hooked up a heater and wave maker, hoping warm water and sunlight might seal it up.

(View User Tanks)
PTrader: (4/100%)
Join Date: Mar 2013
Location: Anares
Posts: 191
False alarm! Tank seems to be solid. Must have inadvertently started a siphon by leaving the hose in the tank after filling.

Here is a part of my potential hardscape using petrified wood. I also replaced the missing brace with plexi. 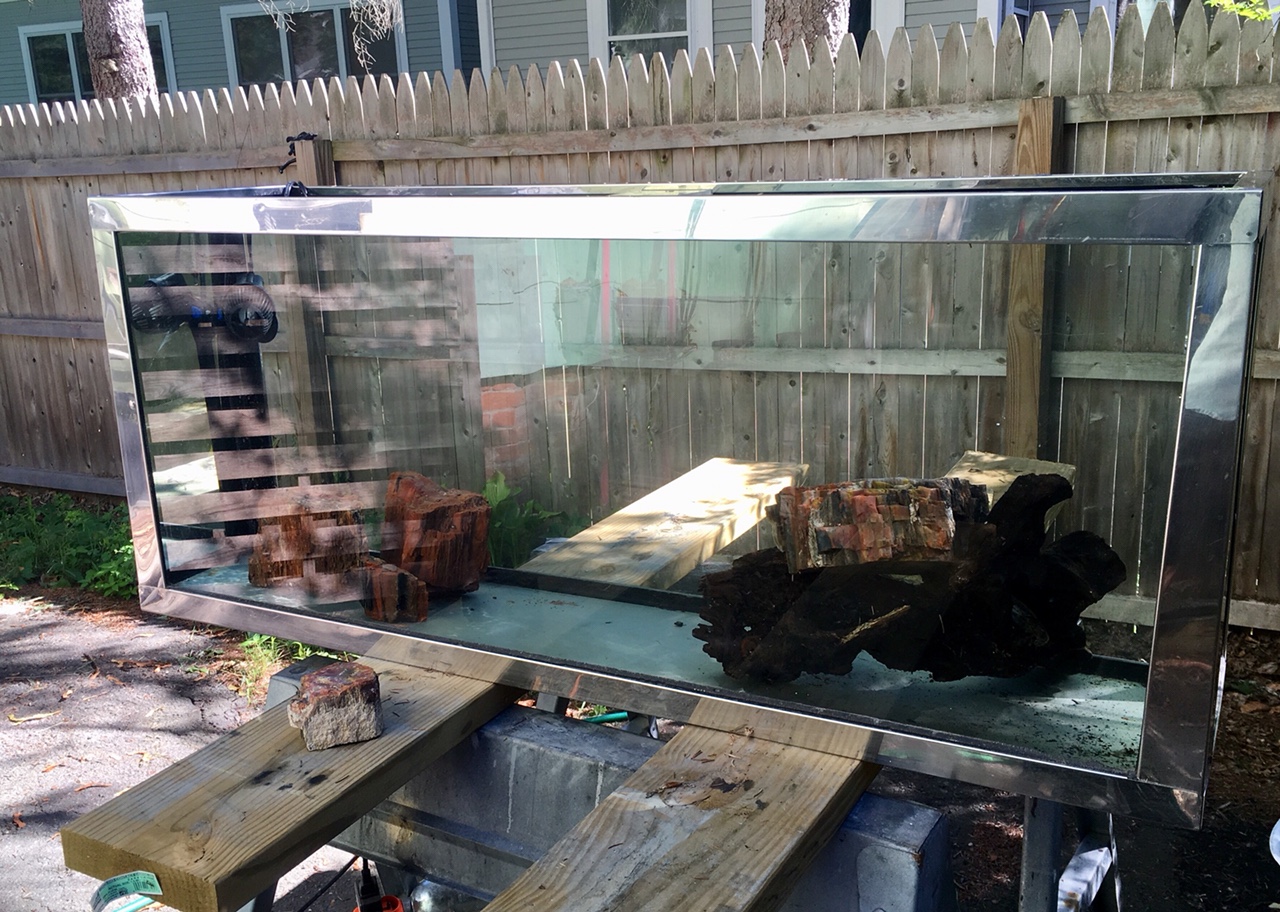 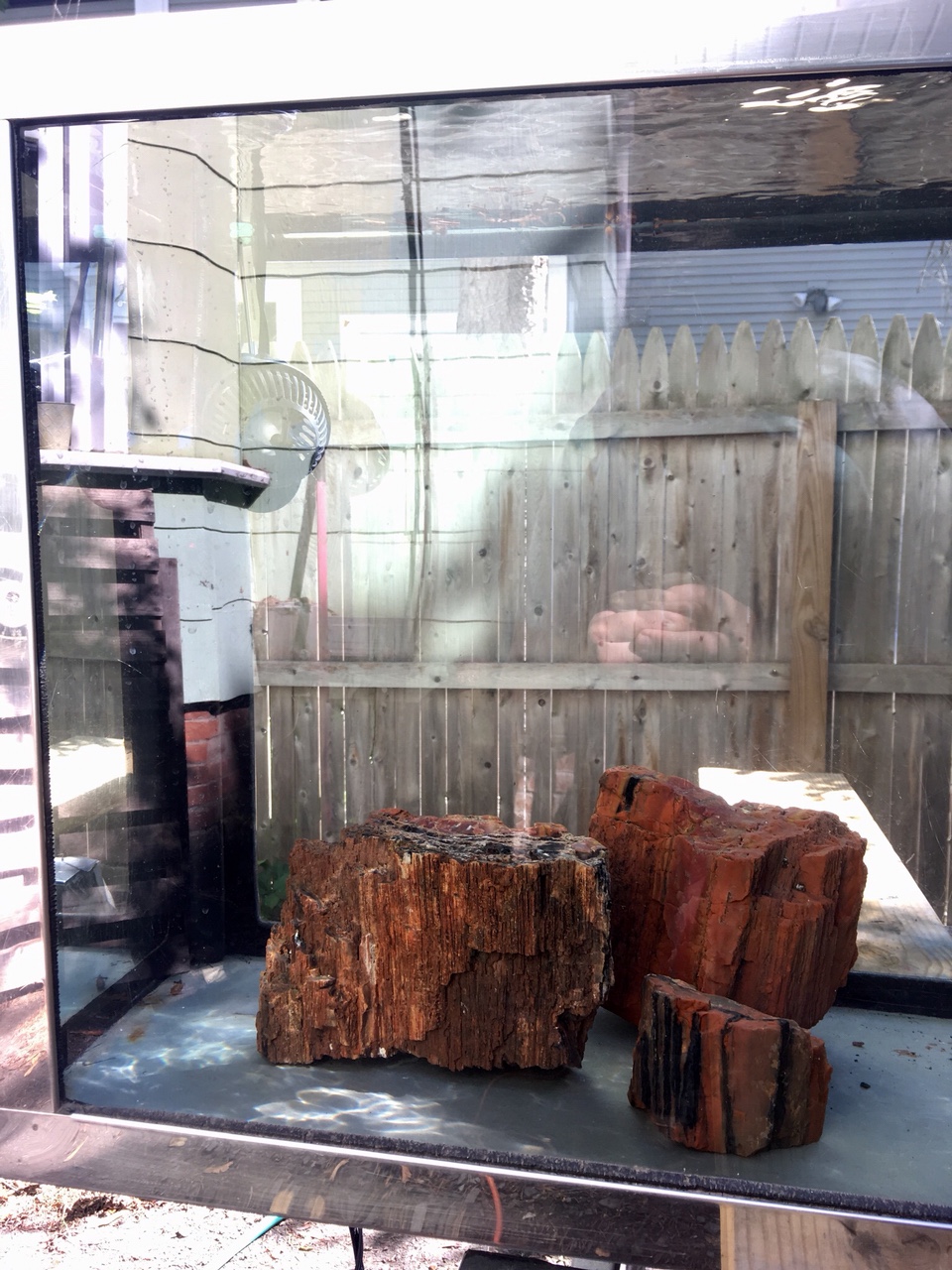 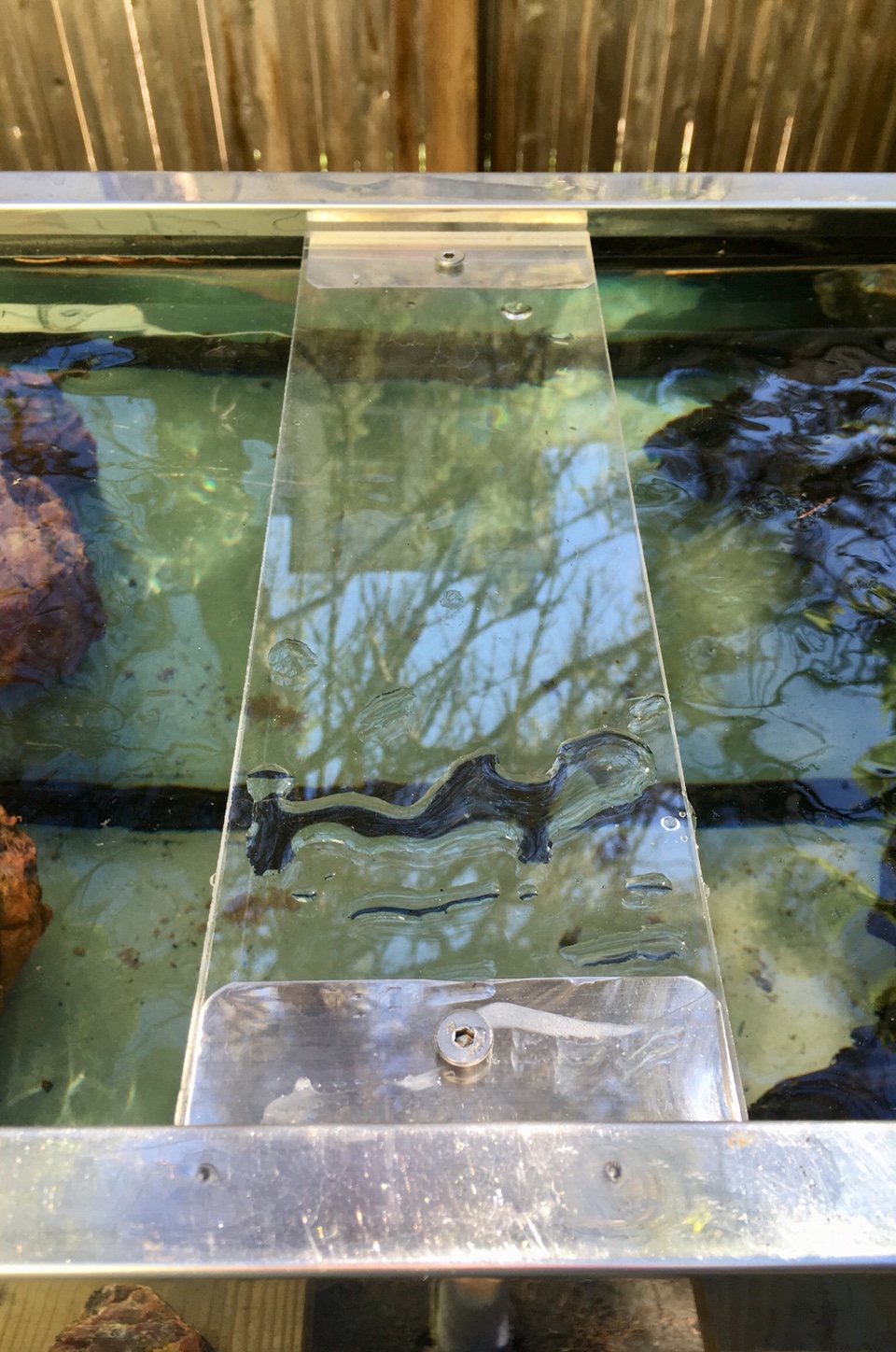 The stuff is supposed to be pretty gnarly. Its used for sealing stone and concrete in wells and cisterns. Should hold up I hope!

(View User Tanks)
PTrader: (4/100%)
Join Date: Mar 2013
Location: Anares
Posts: 191
Think Im zeroing in on my scape. This is closer to thirds than golden. I would like to use egg crate to lift up the stone and give it more vertical depth. 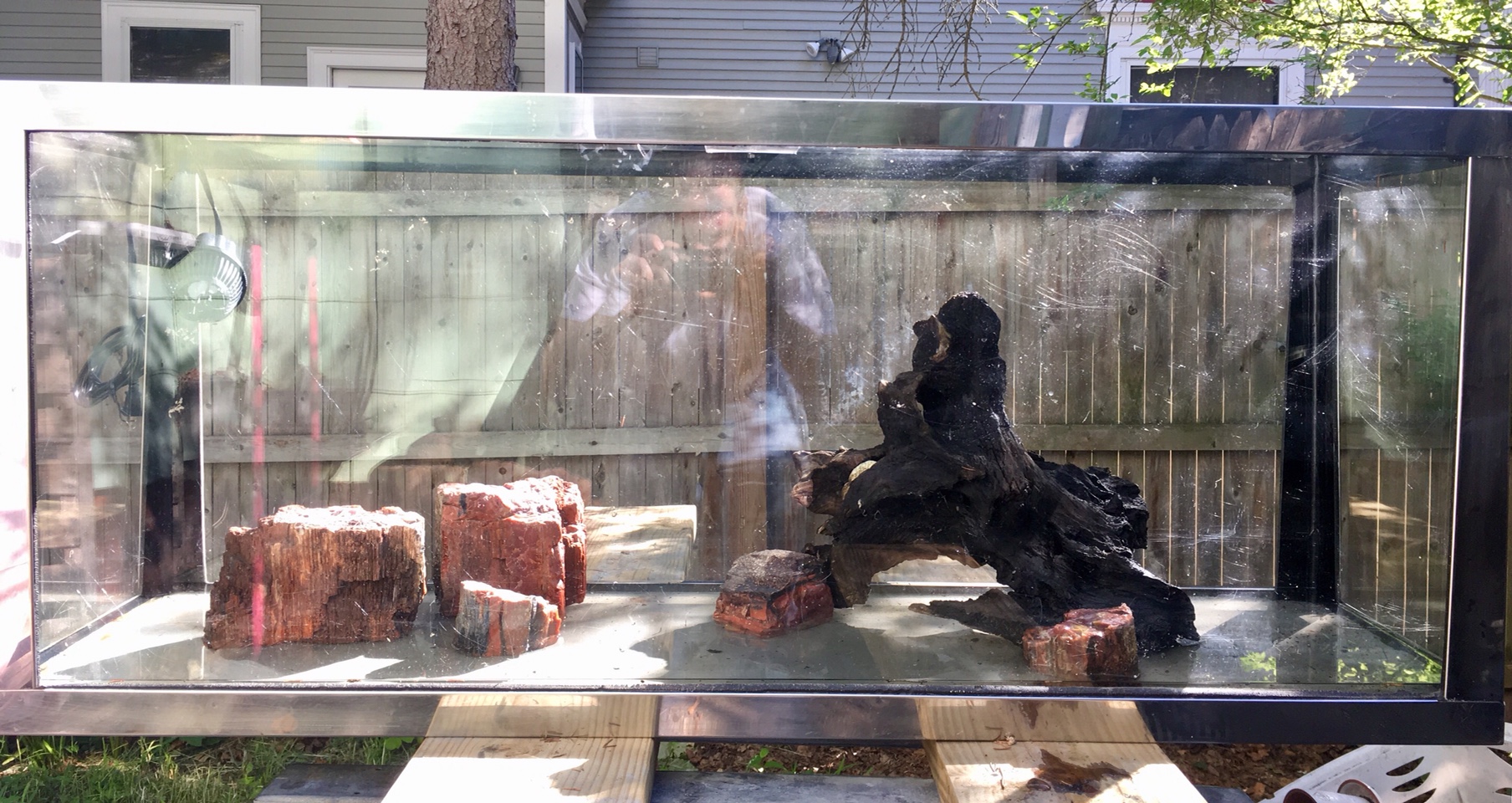 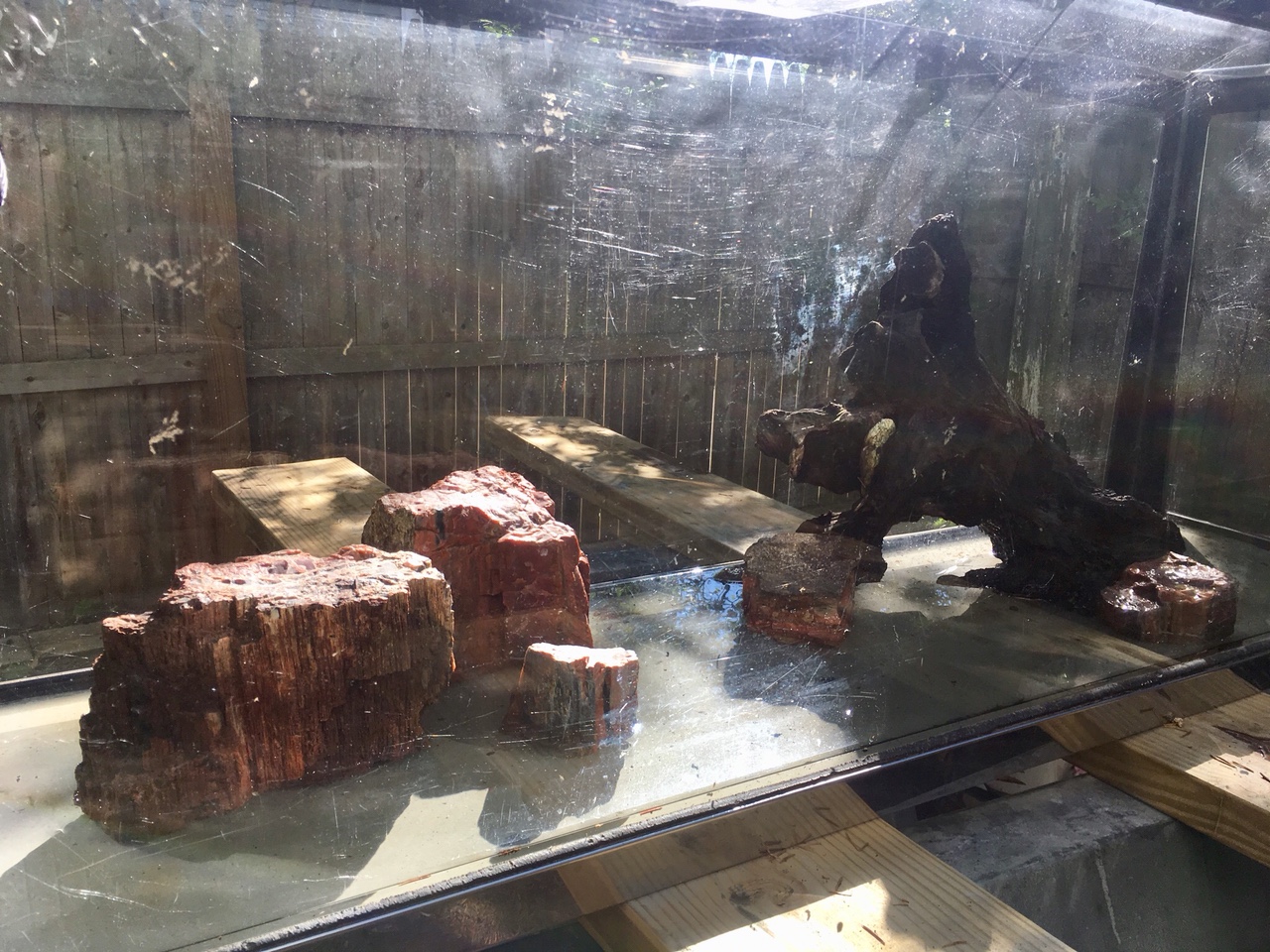 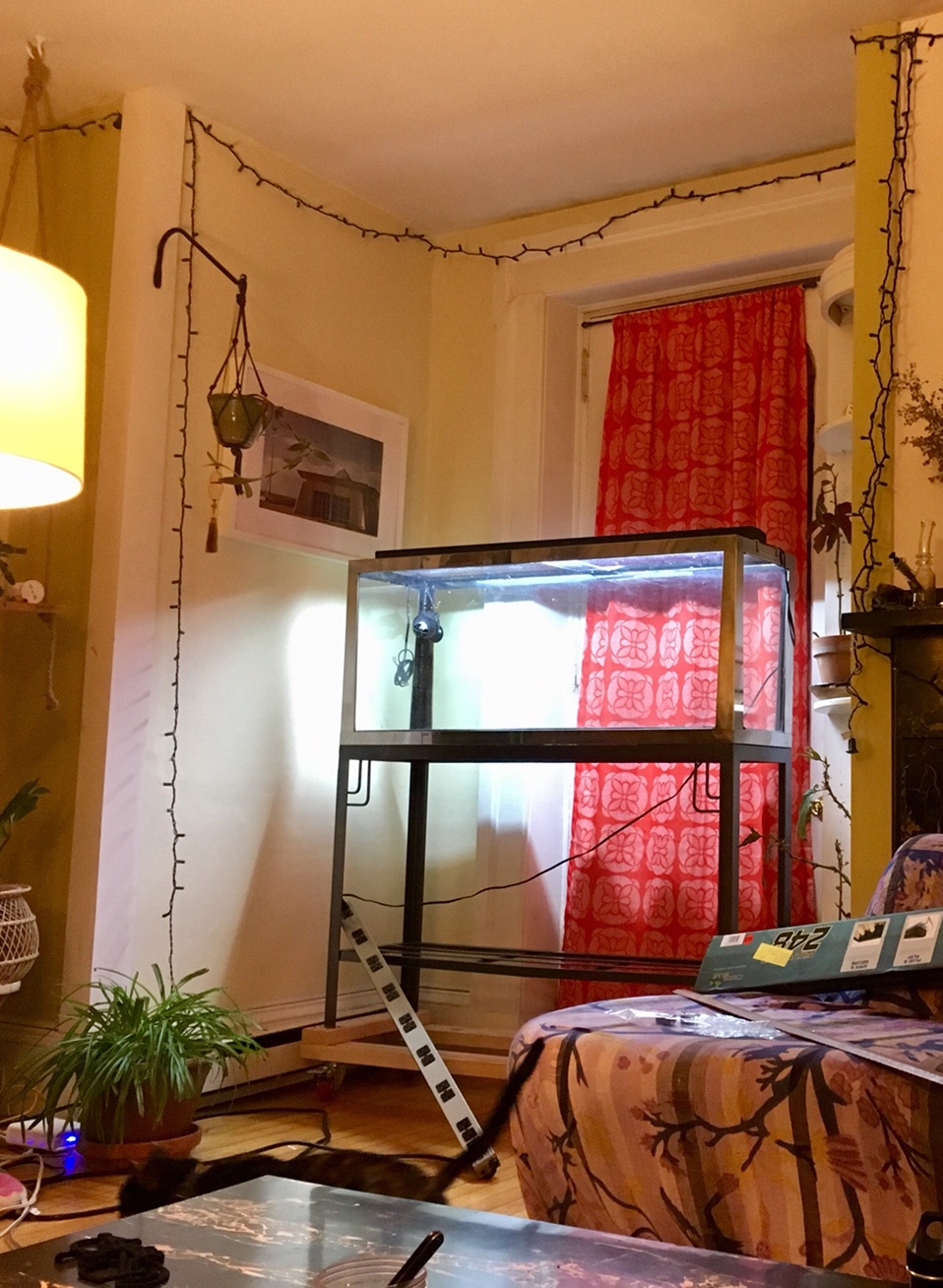 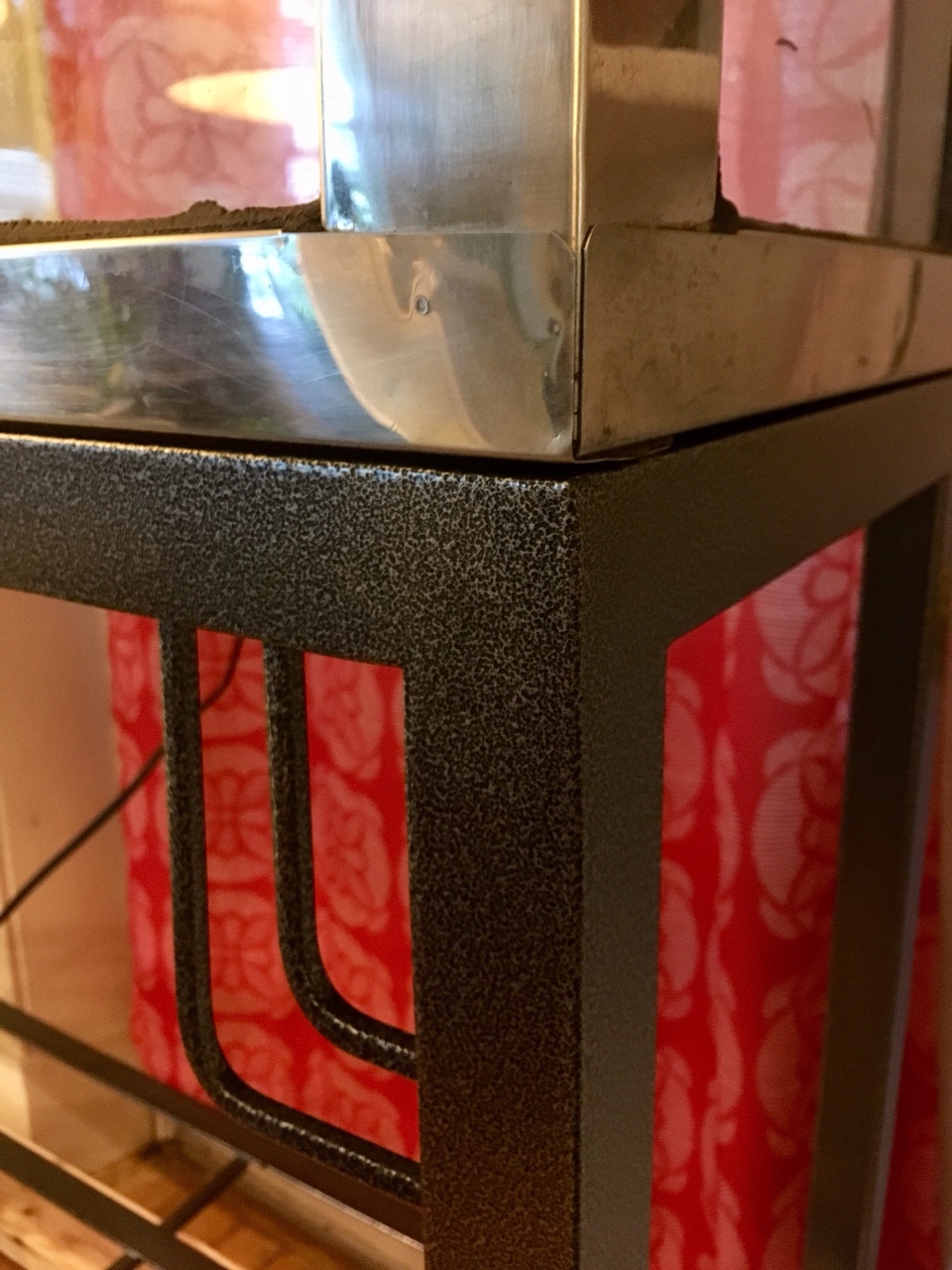 Sent from my iPhone using Tapatalk
burr740 and Brian Rodgers like this.
nanous is online now
Quote Quick Reply