Hi! I've been a member here for a little bit, lurking on and off over the years. Back in high school I joined when I had a bunch of tanks with my Dad that we were taking care of. But when I left for college I stopped keeping fish. Temporarily.

But now I've got my own place and have managed to pay rent consistently for a year so I figured it was finally time to get back into fish keeping! I didn't remember all that much so I definitely took some wrong steps from the get go, but hey, I'll get there. My goals are mainly just a whole bunch of green. Living in New York and surviving this winter means that I have faced a lot of grey.

So! Impromptu New Tank Day. I originally ordered this tank off of amazon, but decided against it. I was originally thinking of using it for a Betta Fish planted tank and reviews were super mixed, concerning the small footprint and the light strength.

So when I was at LFS looking at plants, I saw this tank and just needed to cancel my order. 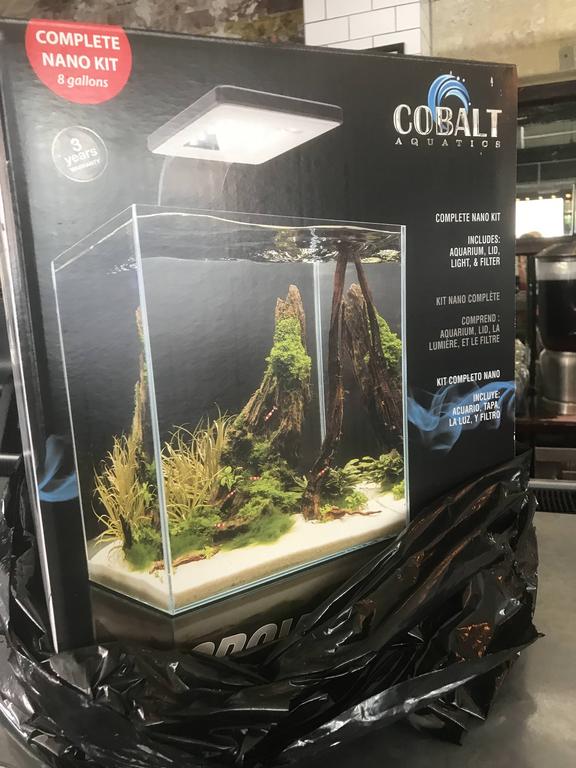 Here are some of my initial sketches trying to get an idea of what I wanted. As I mentioned before I wanted a jungle, so definitely a tree and then some lava rock maybe to give it some weight to the landscape.

So! Basic landscaping set up is: White gravel and washed smooth river stones which are used to give a little bit of elevation in the back, and then Fluval Stratum on top because I liked the dark tones of it. I saw mixed things about rinsing the Fluval stratum so I just kinda gave it light rinse to get rid of some of the dust then put it in. After water was in the tank. The resulting cloud lasted days. I found out afterwards that it is much more recommended to put in the water after the dirt. Lesson learned.

While the dust was settling I was following advice from the LFS for cycling with Seachem stability. No plants for the first week, but then I could get some. My water never really became crystal clear but oh well, I wasn't adding fish, just plants.

For choosing my plants I just kinda asked the lady in the plant section at the LFS what she recommended as far as plants go. We'll see what actually survives.

Hardscape
Fluval Stratum
White gravel
Riverstone
Lava Rock (? Not 100 percent sure, it was in an unlabeled box at another LFS but it turned purply underwater so pretty cool)
Un-soaked Spiderwood Driftwood (? again unlabeled, just guessing)

Dosing:
Stability Seachem 2ml Daily
API Stress Coat for 30% every other day water changes.
Flourish (? not really sure when to use this. I put some in day one but then read you should wait a couple of weeks)
I'm going to do some reading about how to better fertilize my plants.

On order:
Christmas Moss
Another Nana Petite (my lfs only had 1)
Dwarf Hair Grass 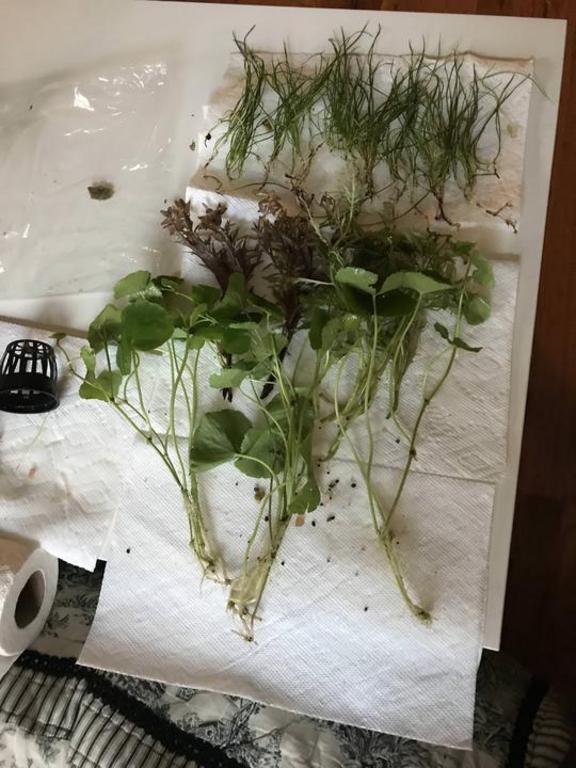 For planting I just kinda went for it and pulled everything apart. I didn't really know what I was doing, I was just doing it. Im pretty sure the plants are all going to melt on me but hopefully things will regrow. I even made the mistake of forgetting about the penny wort and leaving it out overnight. It took some serious damage. Oops.... 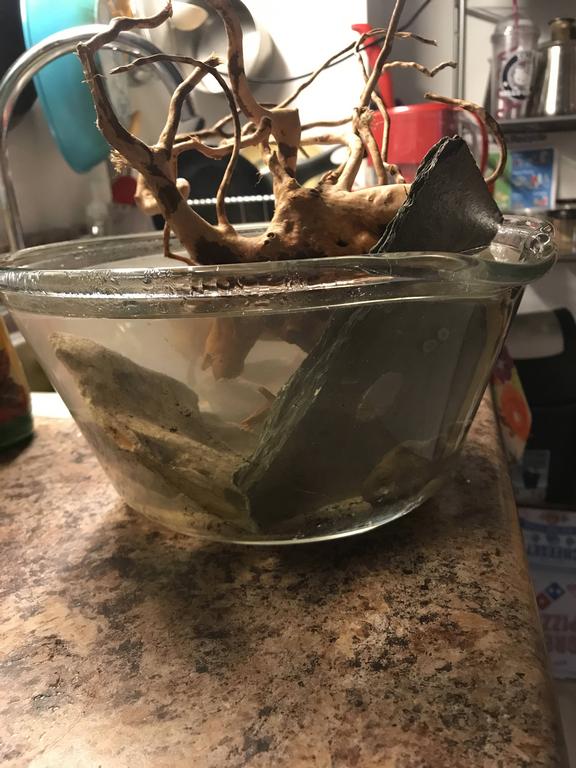 While I was doing that I soaked the wood and rocks in boiling water. I gave the rocks as through of a scrub down as I could. They were coated in a TON of dust. I didn't soak the tree for weeks like people recommended. I was taking a bet that it wouldn't leak tannin and the fact that it has a stone screwed to the bottom of it means that it won't float. The woman helping me at the store mentioned that it might grow white stuff but that I can just siphon it off. We will have to see.

Here is the first 48 hours of planting. You can see the dying pennywort that I suddenly remembered to put in on day 7. It looked like wilted lettuce. 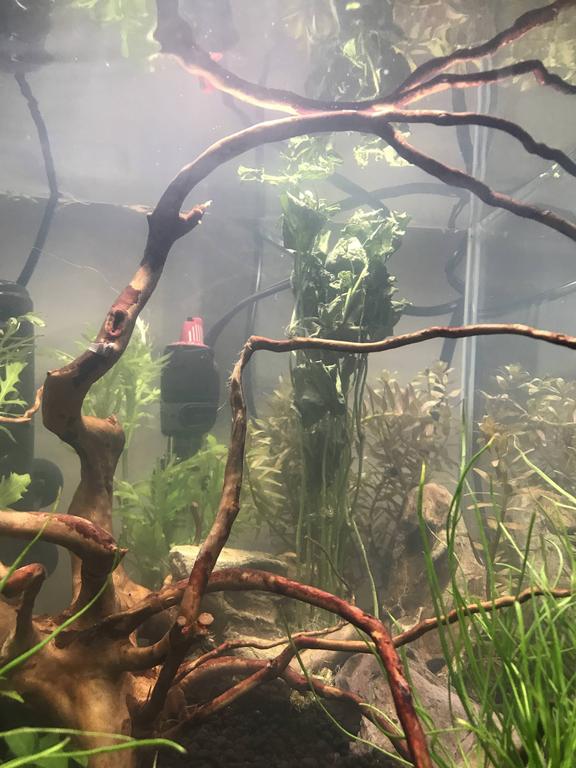 I'm currently doing what I can to save it. Any leaves that are no longer bouncing back are getting cut so that the plant can focus on the newer leaves. One of the new leaves at the top opened up and looks like it might be doing alright! 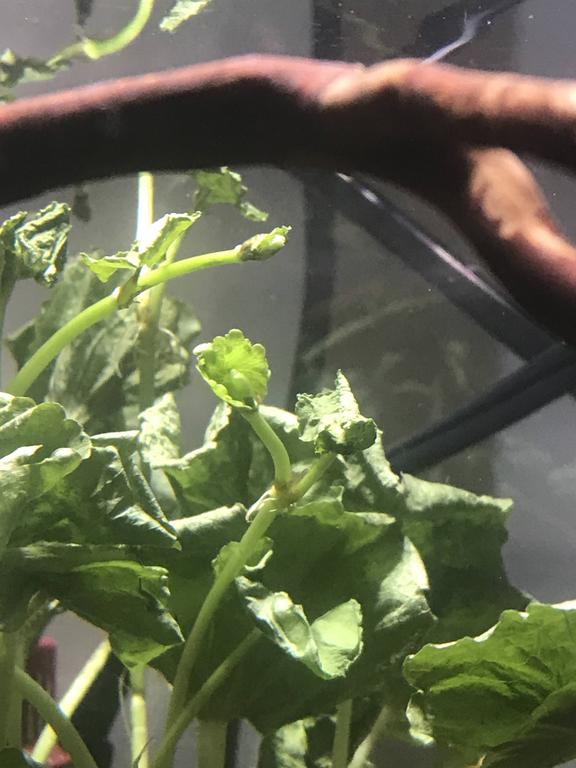 Also when I passed out I left the light to the tank on all night by accident. I'm pretty sure I jump started some algae growth with that mistake. Or it just came in with the plant from the store. 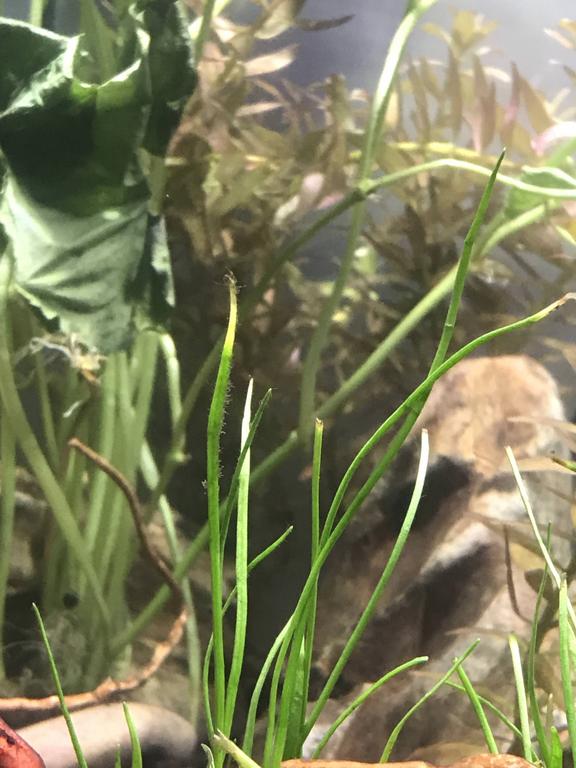 I'm thinking of trying to find an automatic dimmer that simulates day/night shift that I can attach to the light. It currently only has an on off option, but I often work 14 hour days so I need to get something that can turn on and off when I'm not there.

The algae wasn't the only thing that came in with the plants. We also got snail eggs. I'm pretty excited to see them roaming around. I'm thinking of getting a dwarf puffer for the tank and it should make quick work of the snails. My LFS had a really cool selection of them. I'm just worried that because they are messy eaters and I'm planning on having a really planted tank, I won't be able to get to all the mess. 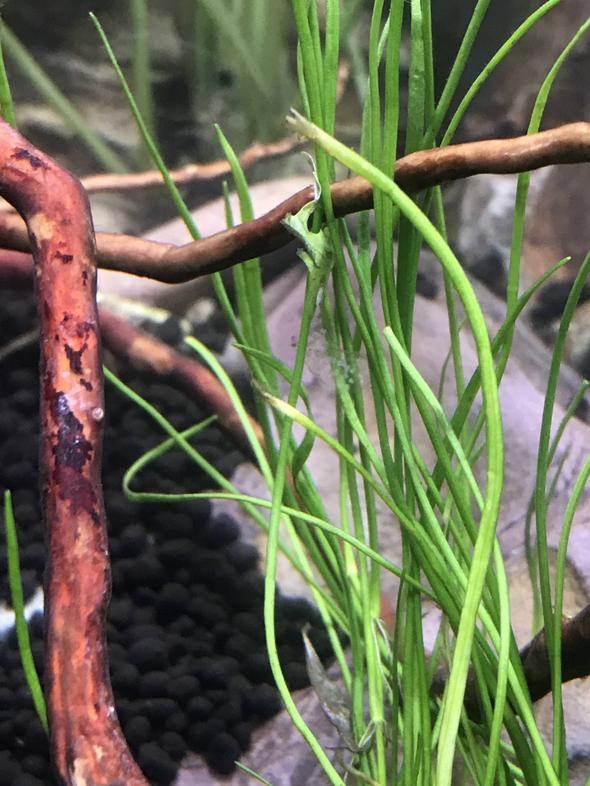 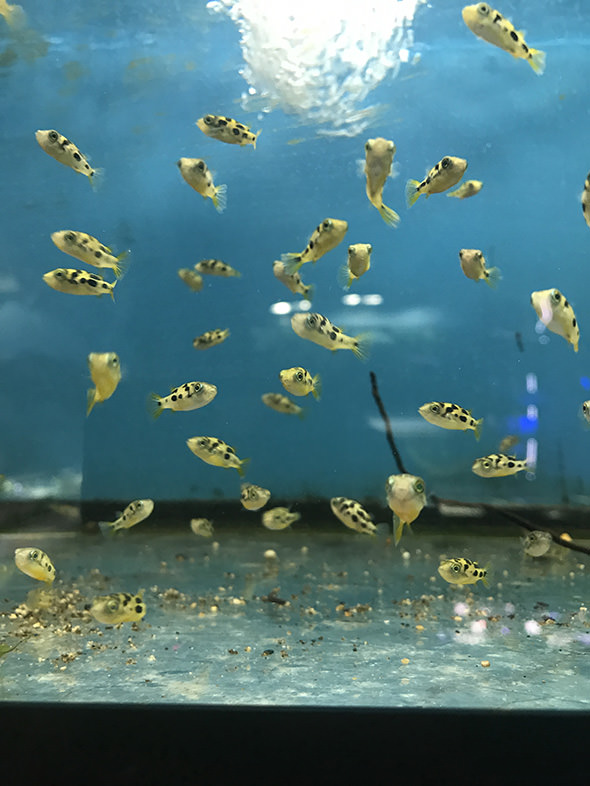 So lets give this guy a couple of days to grow and come into himself. I should probably think of a name for the tank too. 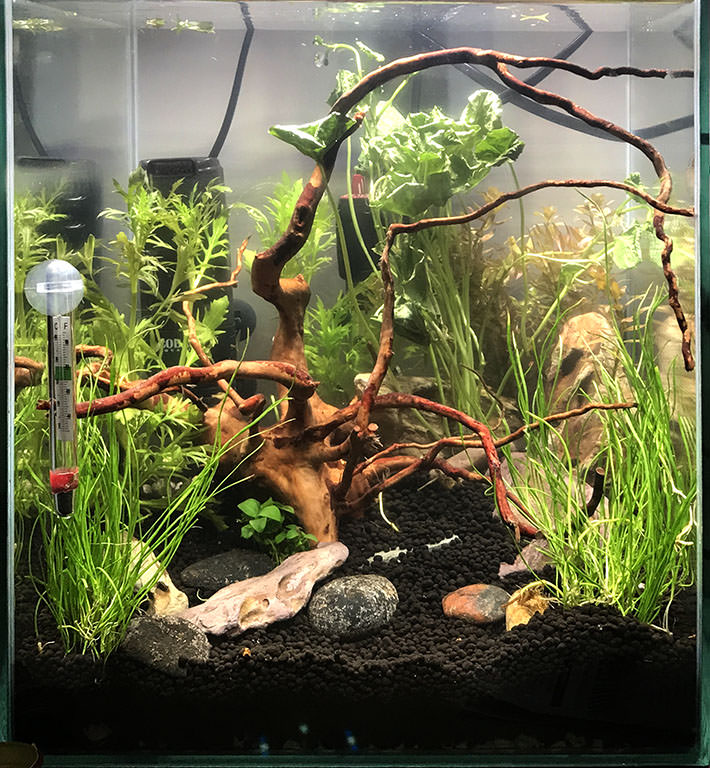