Yesterday I bought a Fluval Spec III at the local Petco for $17.48 which was such a rediculous price that I had to go back and buy the last one today. I think they were just trying to get rid of them because they had been there for months. Anyway, I did do some research on the forums but most posts I've seen are from over a year ago or more. I did a quick set up with one of the Specs and just have a couple of white cloud mountain minnows and RCS in the tank at the moment. I also planted some Bacopa Caroliniana that was doing poorly in my 55 gallon in it. I don't plan on keeping the WCMM in the tanks. I have some rough ideas of my own but wondering if anyone else has experience with these tanks and recommendations for what works well in them (substrate, hardscape, plants, fish...etc). They are 2.6 gallons each and I'm planning on going low tech. No Co2, maybe some ferts. 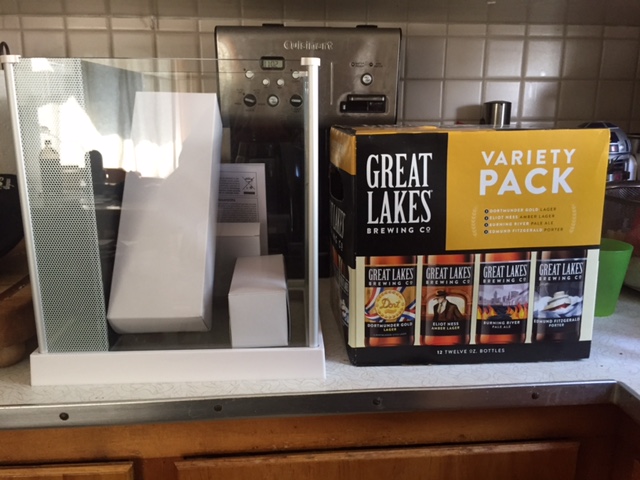 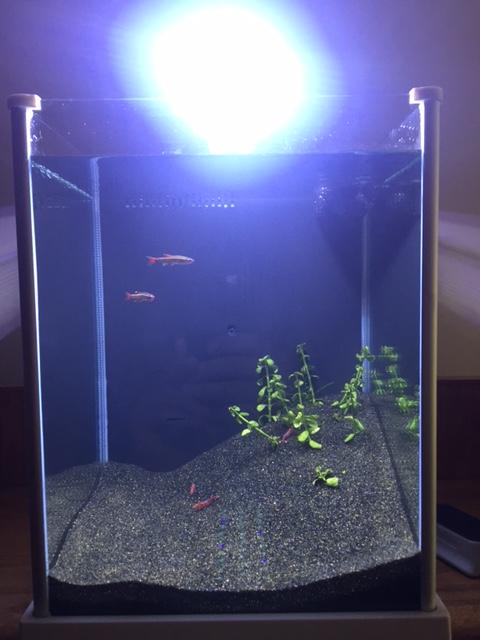 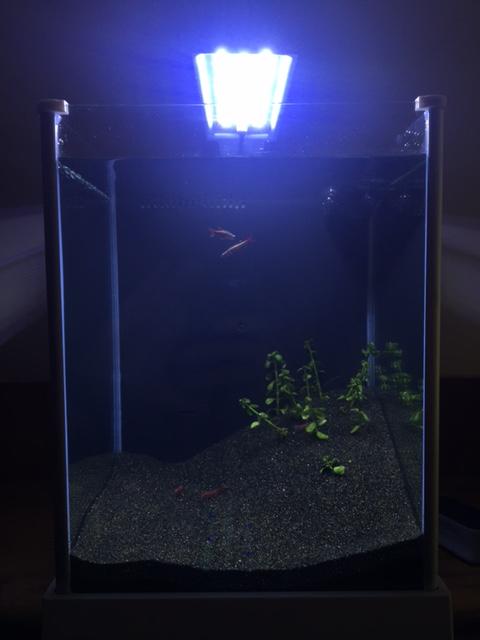 (View User Tanks)
PTrader: (0/0%)
Join Date: Mar 2017
Posts: 736
I don't really get what your asking? Any substrate/hardscape can go in their. The two things I would point out would be 1) The light, many people think it looks really blue and it has quite low PAR. It will hardly even allow an Anubis to survive (LOL) well, that may be exaggerating a little. 2) You may have already done it but you may need to do the "shrimp mod" there is many people who can show you how. All it takes is a quick google search. Anyways 17.48$$
HOLY COW THATS A GOOD DEAL!!!

(View User Tanks)
PTrader: (0/0%)
Join Date: Apr 2017
Posts: 284
My sister has one of these little tanks. She's done lots with it lol. She started with 5 RCS and started a colony on a sand ran a different light for a while and grew out a Monte Carlo carpet from one little cup of tissue culture and then divided it up into enough to cover her 20 long and it's almost entirely carpeted the larger tank now. She did the same thing with the stock light and a tiny bit of Christmas moss that she's turned into several huge masses and transferred to her 20 long design. She currently is growing Pennywort (I think) and has a absolutely huge population of RCS for the tank. She's about got it crammed completely full of the Pennywort and it's growing out the top by two or three inches, again with the stock light. That's all just this year, before that she had a betta, a couple nerites, she's populated some assassins while resolving a pest snail issue when they were hatching out in the filter. She done tons and her 20 long looks amazing and she does it on the cheap by growing out whatever she wants a bunch of in the little tank and getting 6-10 times her single purchase in a couple months.

She does have a second light that I know she used for the Montecarlo but I don't think she's used otherwise.

As for the lights... The Spec tanks have either the "blue" light no one likes or a really great light. My spec v had a great light when it sprung a leak the new one had the dreaded blue light I returned the ick light with the faulty tank and kept the good one with the replacement. My sisters spec 3 has the good light but another friend of ours has two spec 3s both with the blue light. (it's why my sister has the supplemental light to begin with)


(View User Tanks)
PTrader: (0/0%)
Join Date: Jul 2017
Location: Western New YorK
Posts: 49
So I sat down and did some research for the first tank and this is what I was thinking. I haven't ordered anything yet (besides the tank) and I am open to suggestions for changes with the flora/fauna. I have no experience with these particular plants or with dwarf puffers. Thanks for looking!

After sitting on this one for a while and doing some more research I've changed quite a few ideas and finally started to work on it.

To begin, I ended up not using the Tropica Aquarium Soil powder. I've never used it before and I use blasting sand in all of my other tanks but one. You can't really beat 50 lbs of substrate for 8$ and there is a Tractor Supply Store close by. Previously, I've used the fine grit BDBS which is very smooth and nice looking. However, it is prone to displacement by the outflow of HOB filters and sometimes seems to have trouble holding its form. This time I decided to go with the medium grit which I have to say I'm enjoying much more so far.

I bought 10 lbs worth of Ryuoh stone through a supplier, who has a great thread on this site, and used it in this first tank. No San Sui stone. That decision was never set in stone anyways (pun intended) as I just wanted something that looked nice.

I've also made a major adjustment to the plants. After putting both in my 55 gallon tank I believe that both the Sagittaria subulata and the Narrow Leaf Temple are much too large for a nano tank. They would quickly outgrow it.

Instead I'm awaiting an order for Anubias nana "petite" to place on the stone. Mini Dwarf Hairgrass for the foreground. Both Staurogyne Repens and "Mini" Alternanthera reineckii will help fill in the background.

I'm still hoping to get a pea puffer for the tank, but as of right now I have a few shrimp in there to take up space. 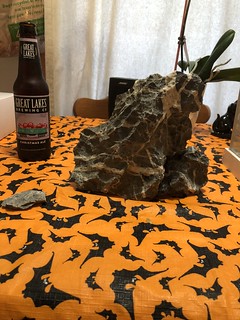 Adding the stone and sand to the tank: 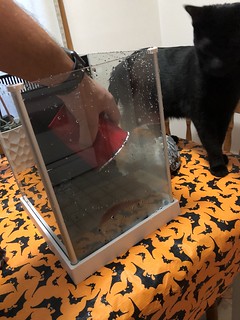 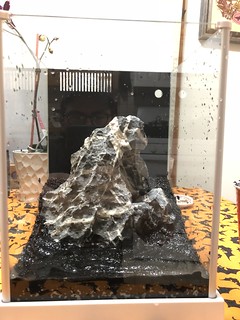 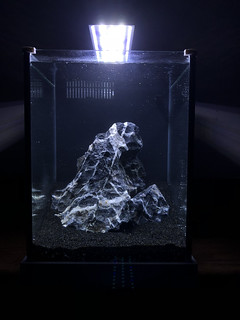 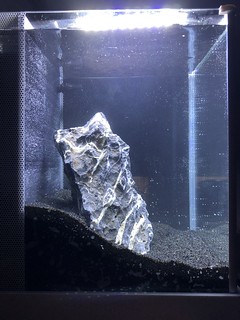 Sent from my iPhone using Tapatalk
TheBaconater and TheBaconater like this.
To view links or images in signatures your post count must be 10 or greater. You currently have 0 posts.


To view links or images in signatures your post count must be 10 or greater. You currently have 0 posts.
lbacha is offline
Quote Quick Reply
post #8 of 23 (permalink) Old 11-04-2017, 12:36 AM Thread Starter
TheBaconater
Algae Grower


(View User Tanks)
PTrader: (0/0%)
Join Date: Jul 2017
Location: Western New YorK
Posts: 49
Quote:
Originally Posted by lbacha View Post
So as cool as the tank is the variety pack of Great Lakes is awesome, I just had a few beers at the brewery this afternoon.


To view links or images in signatures your post count must be 10 or greater. You currently have 0 posts.
lbacha is offline
Quote Quick Reply
post #10 of 23 (permalink) Old 11-04-2017, 12:52 AM Thread Starter
TheBaconater
Algae Grower 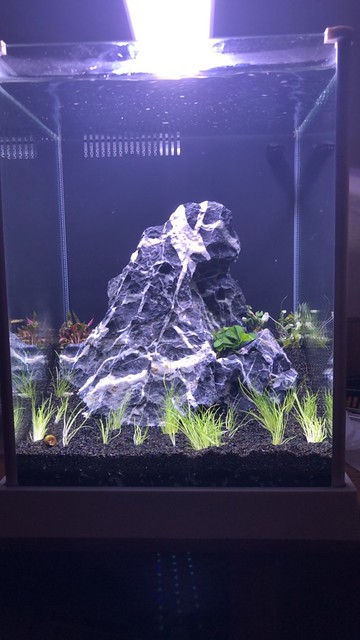 "Mini" Dwarf Hair grass in the front. Anubias nana "petite" on the stone.

Staurogyne reopens on the back right and Alternanthera reineckii "Mini" on the back left. These two are both looking pretty dismal at the moment but I'm hoping they will recover quickly.


(View User Tanks)
PTrader: (0/0%)
Join Date: Jul 2017
Location: Western New YorK
Posts: 49
Quote:
Originally Posted by Kayak83 View Post
Looks a whole lot like cloud stone. Or what I have in mine, which raised the ph a bit.
Hmm...didnt realize that. Thanks for the info!

Sent from my iPhone using Tapatalk
To view links or images in signatures your post count must be 10 or greater. You currently have 0 posts.
TheBaconater is offline
Quote Quick Reply
post #14 of 23 (permalink) Old 05-03-2018, 01:45 AM Thread Starter
TheBaconater
Algae Grower


(View User Tanks)
PTrader: (0/0%)
Join Date: Jul 2017
Location: Western New YorK
Posts: 49
Finally got around to setting up the second of these two tanks. I recently had an older betta die from some sort of tumorous looking growth, which I believe is somewhat common in bettas. Shortly afterwards, the tank that housed him and a ton of shrimp started to leak. This pushed me to deconstruct two tanks that mostly consisted of water, java moss, and algae.

I set up the second spec III with some more stone that I had, a dwarf lily, a small anubias plant, dwarf hair grass, salvinia minima, and lobelia cardinalis, which I believe must have been grown out of water due to its nice purple color. I'm sure that will fade as it melts and regrows. I stocked the tank with one male betta and a couple cherry shrimp.

This is a pretty low tech tank. I've been dosing with excel daily. I'll maybe do one dose a week of some left over flourish I have when I remember. 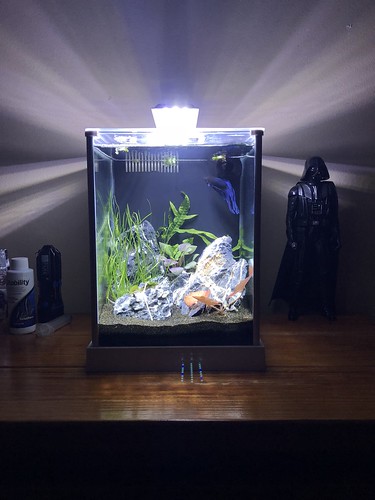 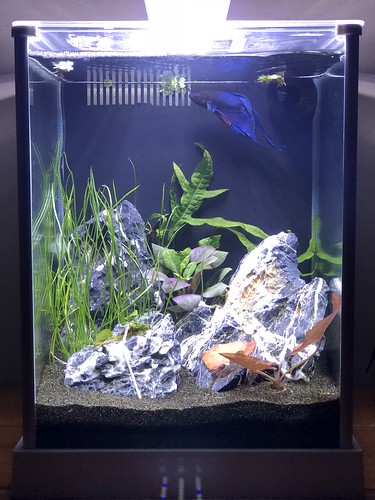 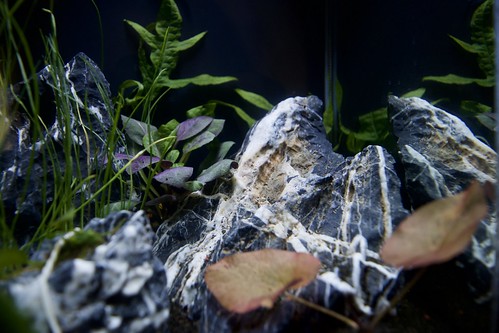 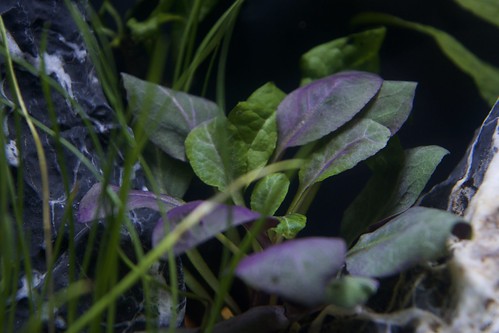 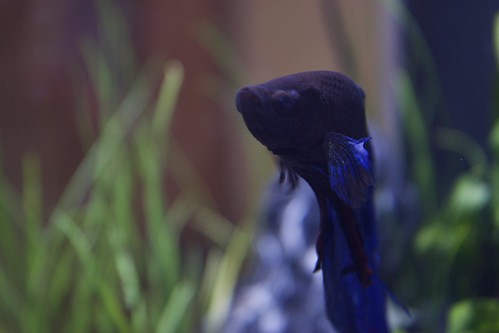 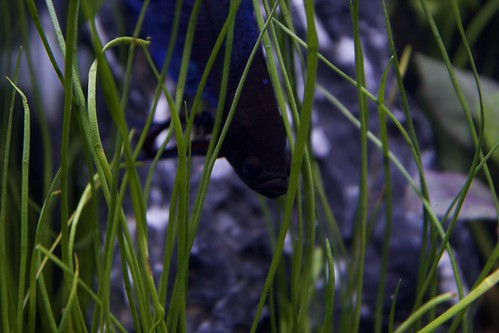 The Dude1 and The Dude1 like this.
To view links or images in signatures your post count must be 10 or greater. You currently have 0 posts.
TheBaconater is offline
Quote Quick Reply
post #15 of 23 (permalink) Old 05-03-2018, 02:28 PM
The Dude1
Planted Tank Guru


(View User Tanks)
PTrader: (2/100%)
Join Date: Jun 2016
Location: Tampa FL
Posts: 2,229
Yep... that lobelia is definately emersed grown. It might be a little large for a Spec III once it acclimates. I love my Spec III. I have a now very large anubias as well as moss and subwassertang in mine, but the growth in there of the anubias is better than in my high tech tanks.
Twin high tech 75's -
To view links or images in signatures your post count must be 10 or greater. You currently have 0 posts.
The Dude1 is offline
Quote Quick Reply