(View User Tanks)
PTrader: (1/100%)
Join Date: Mar 2017
Location: Yucaipa
Posts: 378
Ever changing 5g Nano
Hey everyone, my name is Kenneth. I've been lurking this forum for a few months now. Mostly reading countless amounts of threads in order to up my knowledge. I have finally decided to start a journal, as the title says, always changing. This tank went from a gift that was originally suppose to house some guppies,to a full blown build. Like anything I get into, it's all out.

As I mentioned before, this tank was suppose to house some guppies and plants for my girlfriend. Bought her a 5.5g kit from pets mart. She was beyond excited, but didn't want fake plants. So I ended up buying some live plants for her. That was with no knowledge about what we were getting into. All plants were purchased from Jacob's aquarium. Actually went out to see him since he's about 20min away from me. Plants came with pond snails, which I later found out what they were. At first they were, "cute", according to my girlfriend. Man o man do those things reproduce! I ended up buying two assassin snails, which took care of the problem. 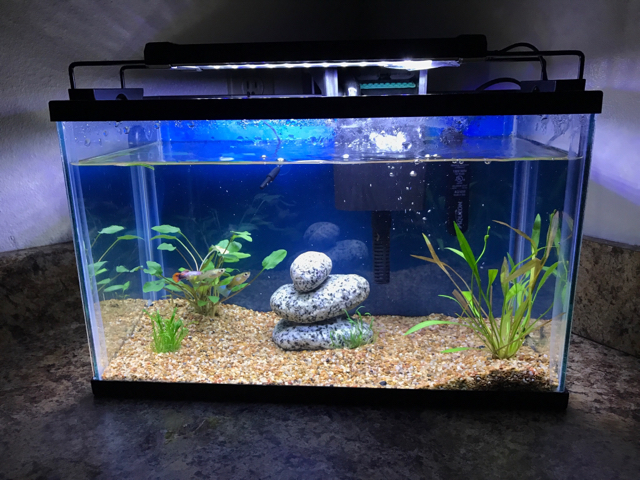 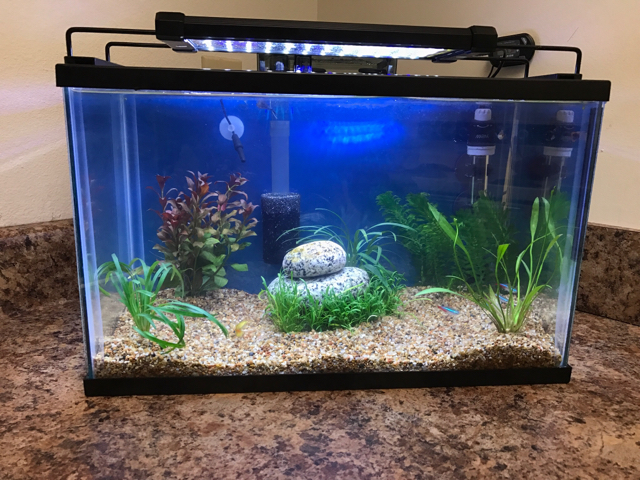 Like the info junky I am, I started reading into caring for plants in a planted aquariums. Oh boy, we were not ready at all. The led light that came with the tank was about 3 inches and sat under the hood. I think my iPhone flash light was brighter than that light. I went ahead and purchased an led light off amazon. To my surprise this light was good for the $20 I had spent. Re plants seem to be growing along with the others. Of course the colors weren't as full but hey they were surviving. 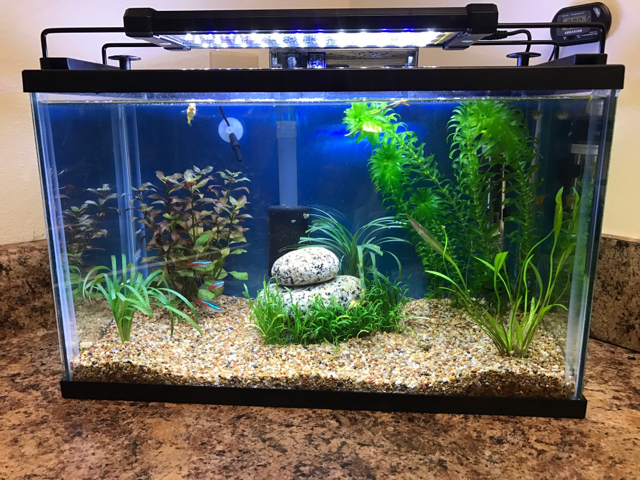 Our water was ok, nothing too clear, and that bugged me. So, I picked up a aqua clear 30. That filter lives up to its hype. Such a good unit. The adjustability and range of options were phenomenal. Also, one thing I noticed was how much water evaporated. Called up my local glass shop and had a lid made for the tank. Total cost for the lid: 5$. Night and day difference. No top offs were needed in between water changes. 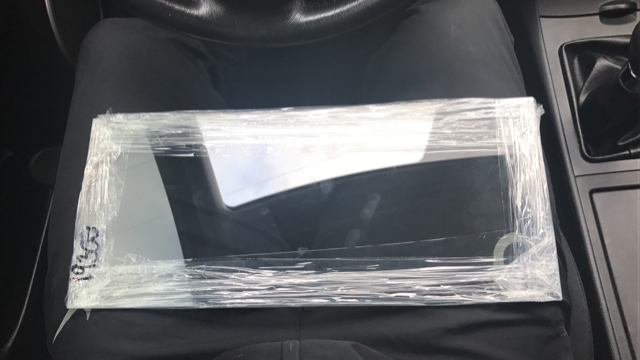 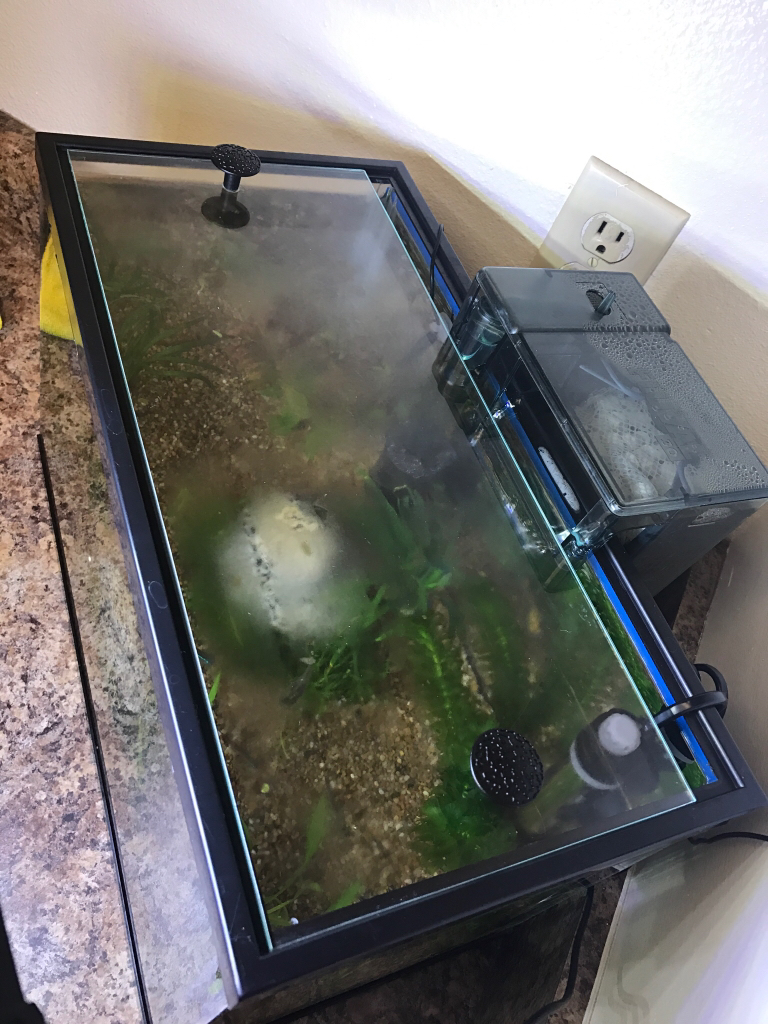 Sometime went by. Everything going well. Until we went down to Jan's fish store in Montclair, Ca. I found some RCS for a good deal and added four too the tank(still in there today). 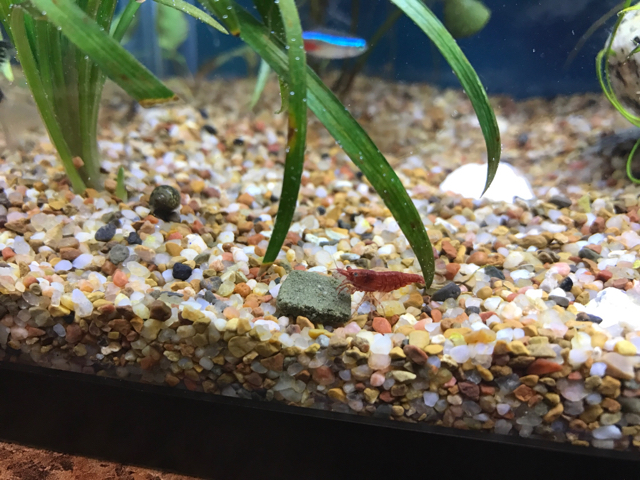 The tank was coming to a point where everything was stable. Growth was good. No real big algae issues. Some on the glass, but during the weekly water change I would scrub it off. In fact, I left the algae in the rocks since I liked that aged look. 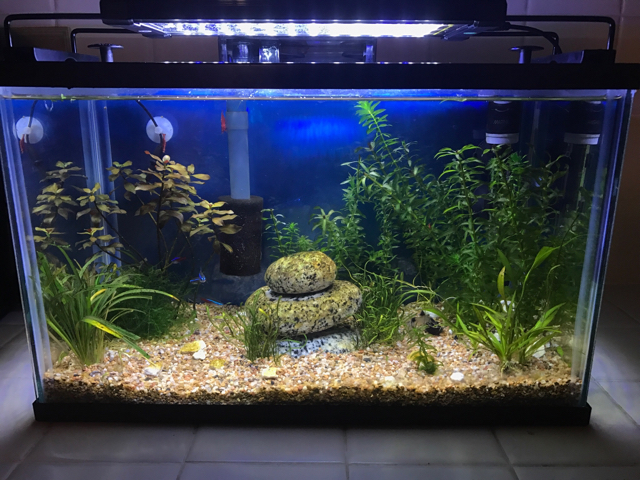 She was going back home for a week and didn't have any one to look over the tank in her dorm while she was gone. So, the tank came home with me. She did ask me to not change anything in the tank before leaving. I did promise not too. One day on my way home I saw a petco. Decided to stop. While in there I saw a really nice piece of drift wood along with some java moss. Well, they ended up in the tank some how.. 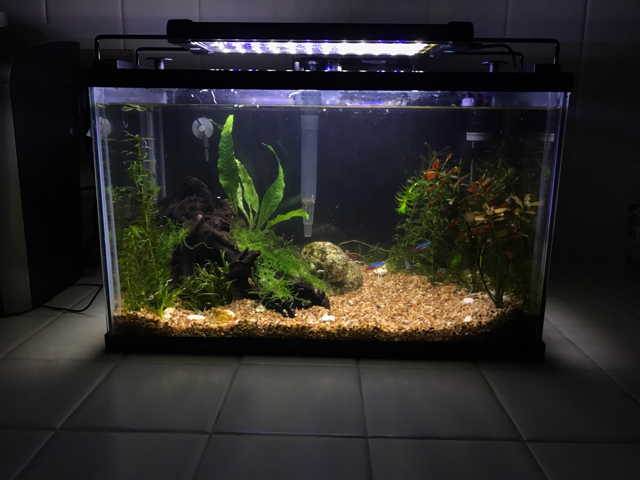 Shortly after that I started looking into better lighting options for the tank. Now I must mention that before buying this light I didn't know about the whole aquascaping world. ADA was nonexistent to me. With that being said, I picked up a Kessil A80, goose neck and the Kessil spectral remote. Again, night and day difference. From the shimmer to the adjustability. The light is great. 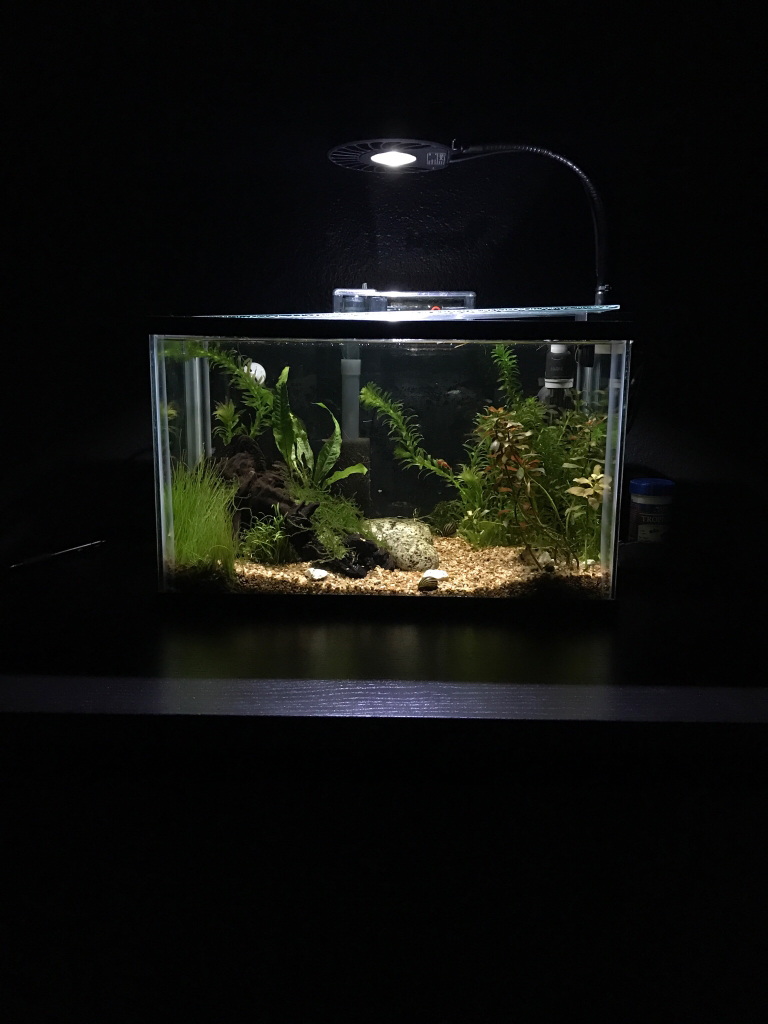 This brings us to about a week ago. Due to the aqua clear being in the way, the goose neck clamp for the light wasn't sitting right. In other words, the light wasn't centered. So, I had to clamp the light on the side of the tank. Which didn't allow for the lid to sit flush. Which as a result, set off my ocd.

I started looking into maybe hanging the light some how? Welding up a custom mount? At last I ran into canister filters. Picked up an eheim 2213. This filter really freed up some room and made the water in the tank crystal clear. Even cleaner than the aqua clear. I'm assuming that it's the larger surface area the sponges in the canister offer. 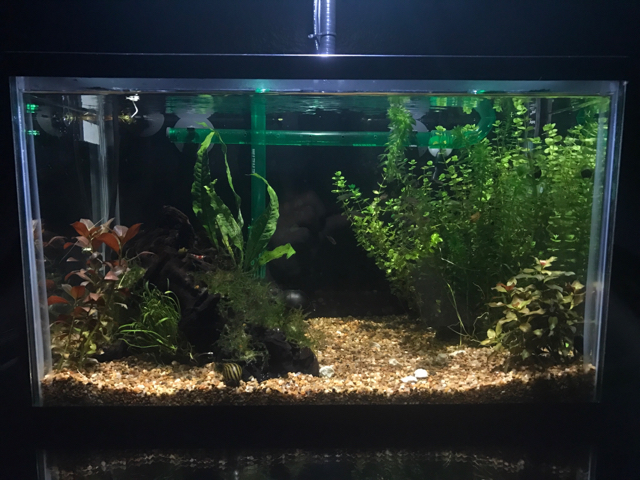 Now that brings me to the present. I'm currently waiting on a regulator from Alan Le, a 5lb tank and a order from gla. (Inline diffuser and bubble counter). I also ordered a bag of Amazonia powder type. I will be cycling the Amazonia in a bucket while it leaches out the ammonia, then transferring it into this tank.


Sent from my iPhone using Tapatalk
johnson18, johnson18, BettaBettas and 3 others like this.
Tnalp is offline
Quote Quick Reply