(View User Tanks)
PTrader: (4/100%)
Join Date: Nov 2014
Location: SGV, CA
Posts: 94
Something Different - Planted Cichlid 55
I set this up because I wanted to see what the African Cichlid world was like. I chose to go with a very common, pretty hardy, and relatively tame group of cichlids. Labidochromis Caeruleus aka Yellow Lab Cichlids, aka Electric Yellow Cichlids. I believe some of these are the Lion's Cove something-or-other variant. I read that if they were reared with plants, they won't really care for them when they are full grown. BS. Added Amazon Sword and some Anubias Nana on driftwood. Yellow Labs IN! More rocks, added another sword to fill it out 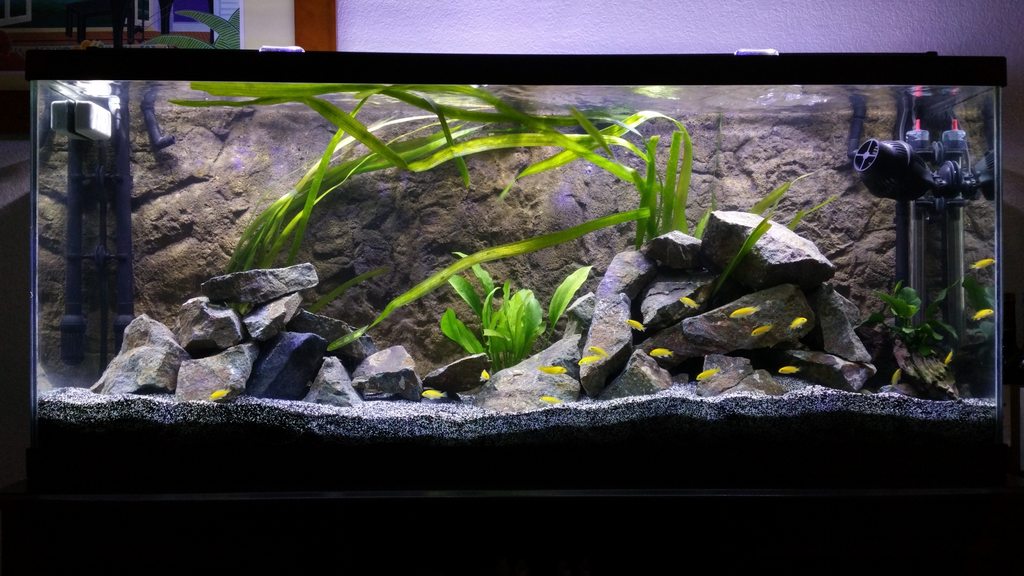 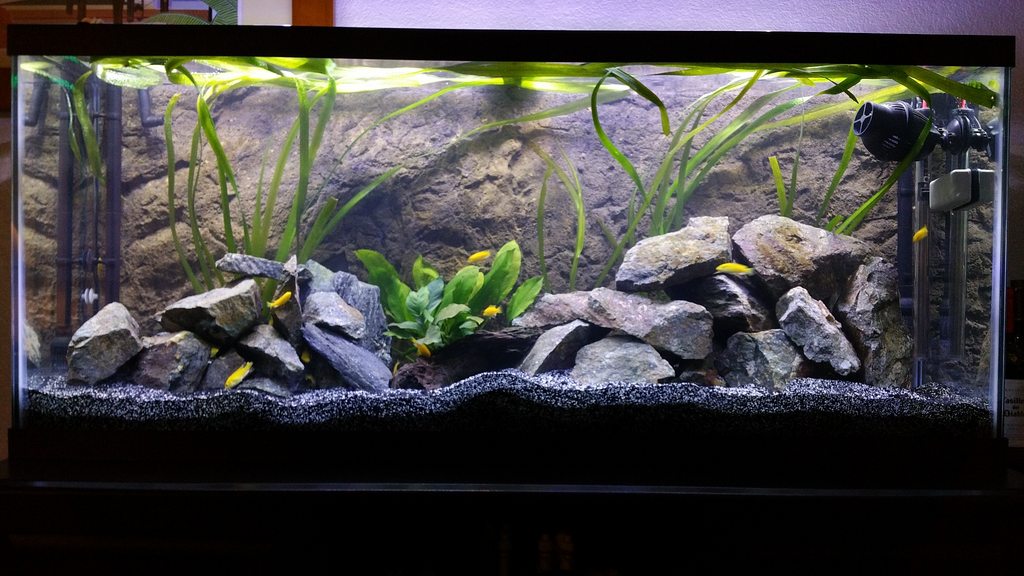 Had some holding females, so I re-arranged again after stripping. 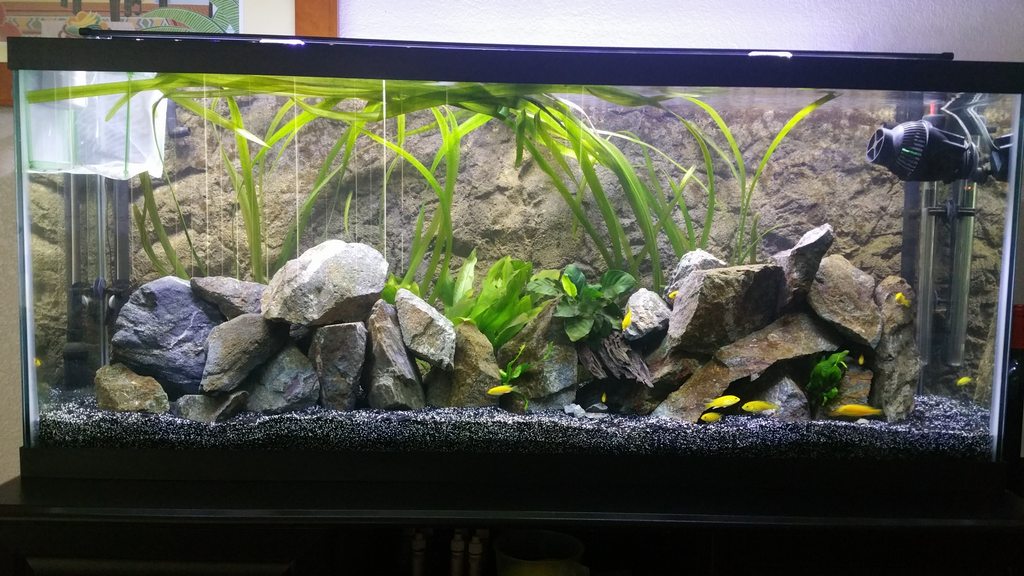 Then things started to look bleak for plants. I think the salt killed them and the general hardness of the water was choking the plants out. At the time, most of the vals were gone, new anubias leaves were getting munched on, and the swords were just not happy. I took this as a test for some other plants I had too much of in my other tank. Rotala rotundafolia, azolla, and crypt spiralis.

Rotala died and Azolla was eaten from the top. But they hardly touched the crypt spiralis and the test I put in started throwing out that familiar bronze crypt growth. So naturally... Took all the spiralis out of the 20 long because it shaded too much and added it. Took the anubias out and will be putting it into my 55 garage tank. Will try to update more frequently as this is a way to keep a schedule for me and keep the tanks maintained.
KwhyLE is offline
Quote Quick Reply