new LED Colors
So during this whole quarantine period, I thought it would be a good time to revamp the aquarium and see if I could update the lights. From my last post I was able to add 6 more warm white XML2 lights on the middle bar and I felt like the tank got a bit brighter but I wasn't able to fine tune the colors or make any moonlights.

I had a few more LDD drivers and red/green LEDs that I wanted to mess around with.

I had posted a question back if I could run these drivers using a regular DC power supply that I had from old electronics.
I set about tweaking the set up and got the LEDs to work using a 12 v 1400mA power supply and the 2 LDD 700mA drivers 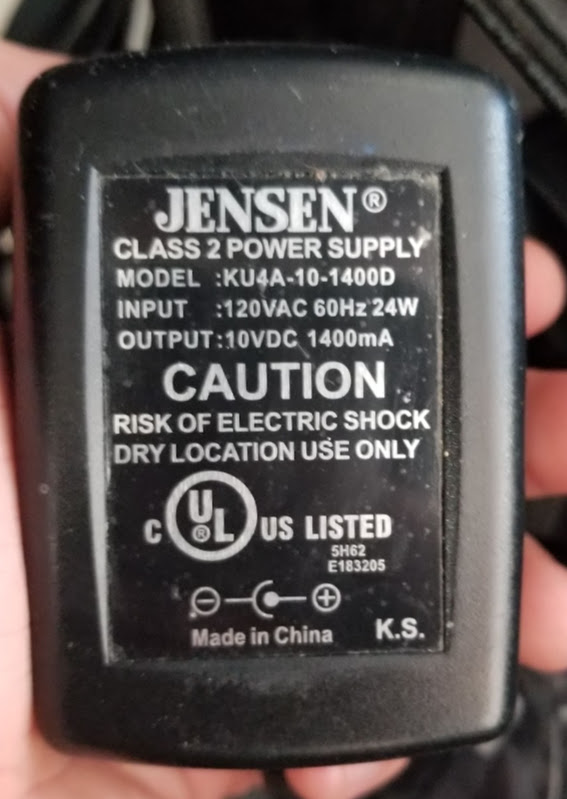 It all looks a bit messy and I'm actually very surprised I didn't electrocute myself or burn any of the LEDs out.

I added the 3 red, 2 green to the center bar in between the warm whites

and was able to fine tune it for a really cool red sunrise/sunset effect. not as nice as the new fluval 24/7 features but still pretty cool. The main point was not to have a super bright light just suddenly turn on/off and scaring the fish and this has actually achieved it.

The green is actually really bright and I have had to turn it down otherwise it makes the tank look very green but I think it makes the Neon Green Rasbora look amazing in the tank. Their green stripe definitely stands out a little more.

Bump:
--Oscar.
Fluval pimp #4 aka PIMP master!
I SAID ITS GREAT
TO BE
A FLORIDA GATOR!! 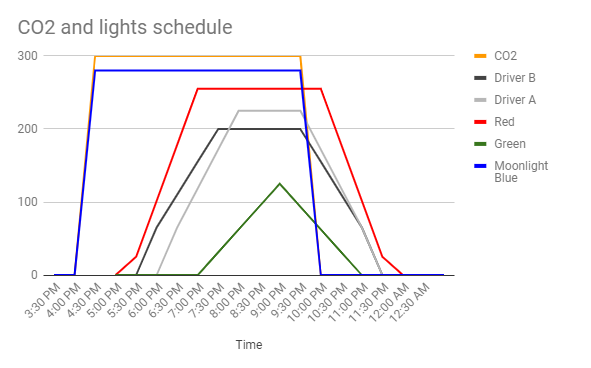 It allows me to ramp up the CO2 1 hour before the main lights start ramping up. I put the blue moonlight LEDs on the same timer as the CO2 so I could have a visual confirmation that those are turning on

The red lights turn on around 5:00pm
The rear driver with the white LEDs turns on at 5:30pm and starts ramping up followed by the front driver at 6:00pm
The green LEDs are pretty strong so they just come up for a small amount during the day period

The lights on a 2 hour ramp up period but I may turn it down to 1.5 ramp up and have more bright times.

I've had this running for about 3 weeks so far and haven't seen any major issues with algae although I have noticed the plants have really perked up and started growing differently. The rotala green has longer thinner leaves and the myriophyllum tuberculatum red has started growing larger redder leaves.
Will try this 2 hour peak period for another 3 weeks and then slowly ramp it up to a max sun period of 5 hours and a 1.5 ramp period up and down, so 8 hour photo period total.
--Oscar.
Fluval pimp #4 aka PIMP master!
I SAID ITS GREAT
TO BE
A FLORIDA GATOR!!


To view links or images in signatures your post count must be 10 or greater. You currently have 0 posts.
monkeyruler90 is offline
Quote Quick Reply
post #78 of 80 (permalink) Old 05-15-2020, 01:27 AM Thread Starter
monkeyruler90
Wannabe Guru

PAR reading
I was curious to see how strong the light is so I was able to borrow a PAR meter from Greggz and after several modifications I was able to narrow things down to an ok setting.

I took 7 readings across the 36 inches of the tank, back, middle, and front, and then 3 heights at bottom of tank, middle of tank, and top of the tank. 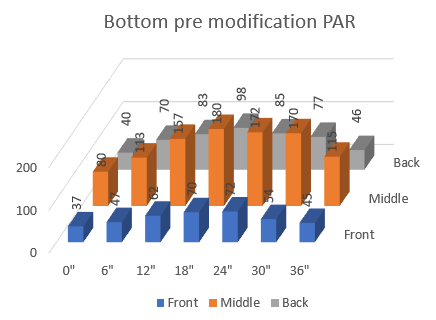 I got a strong beam in the middle but bad distribution on the edges. So I moved the bars slightly further apart and I was able to get some of the corners better lit. Now the entire light is 19 inches from the substrate and the two outside bars are 8 inches apart. 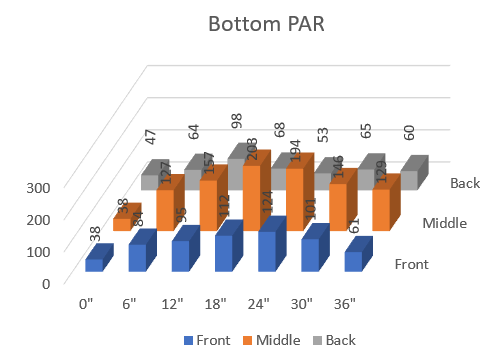 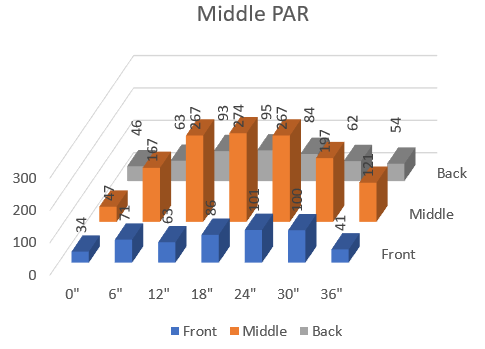 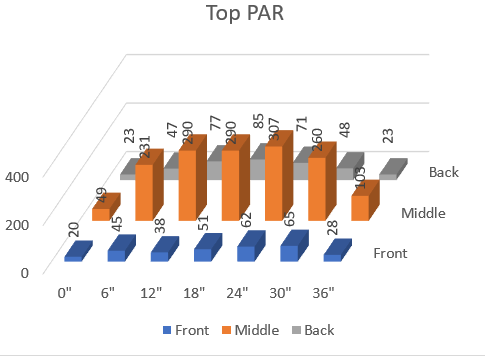 I think overall this puts me in high light which is what I wanted but one thing I am thrown off by is the spectrum/PUR/and temperature of the lights. At the bottom, center of the tank, I see it's strong but I notice the peak barely has any blue spectrum and strong middle which is not useful for the plants.

So this has me questioning. I show high PAR in the middle which is what I want but is the spectrum not going to be useful to getting the right colors to come out on the plants?

I still have another driver, should I go out and buy some blue LEDs and try and incorporate them into the bars? or just test it out for a while and see how the plants turn out?

I have 10 cool white LEDs and 6 warm LEDs and the tank doesn't look too yellow but I am a fan of cooler running lights so maybe having some blues might change that.

The next post I'll make a complete summary of all the purchases I've done. I want to see how much this light has cost compared to going out and buying a fancy Twinstar or Fluval or Kessil fixture. They're expensive for the 36" light and I wonder if I would have the customization with the controller going the DIY or just waiting until these lights came out.
The new LED lights have the sunrise/day/sunset setting built in and even expand on it using bluetooth but they're much more expensive.
--Oscar.
Fluval pimp #4 aka PIMP master!
I SAID ITS GREAT
TO BE
A FLORIDA GATOR!!

so things have been growing well for a few weeks but I decided to upgrade this a bit more.

on the labor day sale I went out and bought some more LEDs. going to try and find some cheap aluminum and I'm going to make an additional strip of light for the rear as I've seen those plants stretch and move to the middle of the tank. my hope is if I have another strip near the back of high strong light then the back will get nice and bushy and I will be able to redistribute the other strips to move them forward and spread out the light.
--Oscar.
Fluval pimp #4 aka PIMP master!
I SAID ITS GREAT
TO BE
A FLORIDA GATOR!!


To view links or images in signatures your post count must be 10 or greater. You currently have 0 posts.
monkeyruler90 is offline
Quote Quick Reply